It's the largest dinosaur ever to be dug up in Thailand. 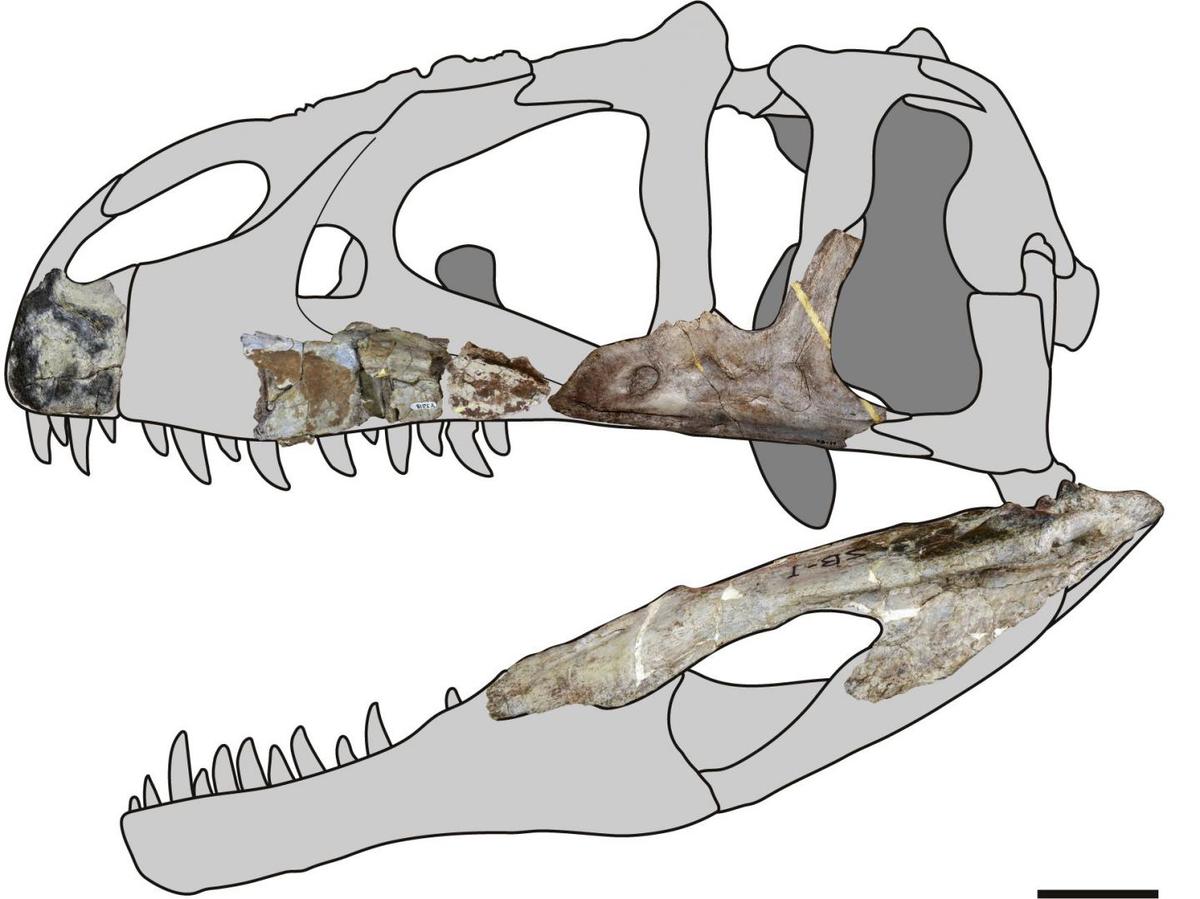 A unique 25-foot-long, Reptar-like dinosaur dating back to the early Cretaceous period was discovered recently in Khorat, Thailand, a new study in the journal PLOS ONE reports.

Named the Siamraptor suwati, this particular dinosaur is a very primitive member of the Carcharodontosaurus family, a type of predator with knife-like teeth, found mostly around northern Africa about 100 million years ago. It’s also the first definitive theropod of its kind ever found in southeast Asia, the paper shows.

Scientists from the Japan-Thailand Dinosaur Project discovered a set of Siamraptor bones in 2007, says study author Duangsuda Chokchaloemwong, a lecturer at Nakhon Ratchasima Rajabhat University in Thailand. “From [the] first bone we found, we [knew] right away this is an important specimen,” she explains.

Chokchaloemwong and colleagues uncovered a total of 22 bones over six years, including the remains of the skull, backbone, limbs, and hips of at least four individual dinosaurs. The ossified clues helped them to trace the ancient creatures to a previously unknown genus of Carcharodontosauria.

“This suggests, though does not prove, that Siamraptor roamed in packs or family groups and maybe even cooperated to bring down prey,” says Matt Lamanna, a paleontologist and the principal dinosaur researcher at Carnegie Museum of Natural History, who was not involved in the project.

The Siamraptor is a basal member of the Carcharodontosaurus group, meaning the creature represents a very early evolutionary split from the rest of the pack. The study cites differences in its anatomy from similar dinosaurs—including a concavity in its jawbone and a small hole in the cervical and posterior dorsal vertebrae by the base of the neural spine.

Soki Hattori, an author on the research and a professor at Fukui Prefectural University in Japan, told Popular Science over email that it took around six more years to turn the findings into a paper identifying the new lineage.

To date, only 12 kinds of dinosaurs have been discovered in Thailand, with Siamraptor being the largest, Chokchaloemwong says. Even more exciting is the fact that this species was discovered in Southeast Asia—a considerable distance away from the earliest possible fossil records of Carcharodontosauria in Africa and Europe. The scientists aren’t sure how this species ended up in Thailand, but note that similar dinosaurs were spread out in different corners of the world.

“As such, it expands our knowledge of the distribution of this group, which includes what may be the largest land-living meat-eating animals that have ever existed, in time and space,” Hattori says.

Going forward, the researchers will keep excavating at the site, looking for more clues about the creatures that lived there and how exactly they reigned over the landscape.