How great white sharks probably hastened the demise of megalodon

Shark teeth contain signs of a deadly rivalry between the two species. 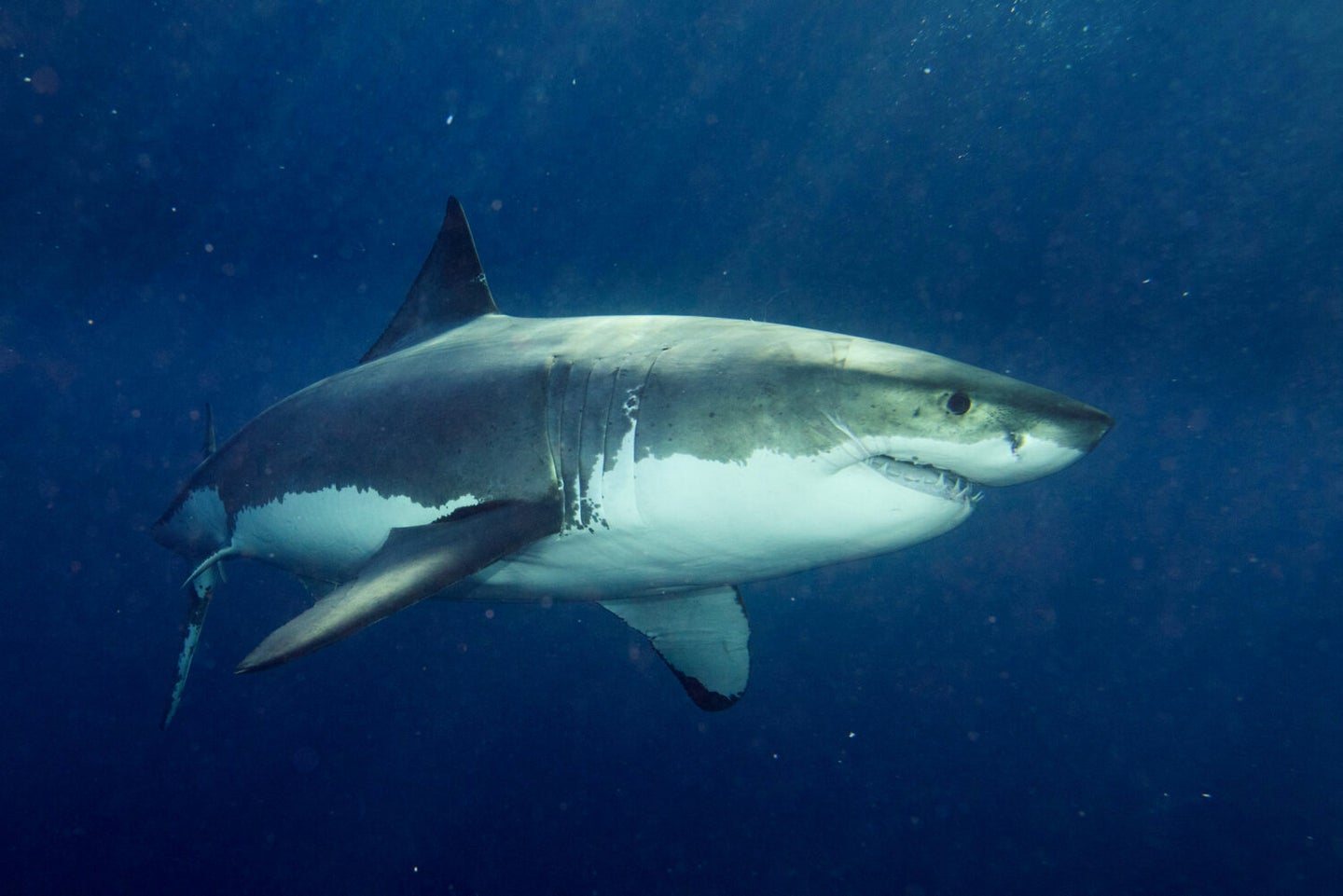 Great whites are the largest predatory sharks to roam the world’s seas, reaching up to 20 feet in length. But that wasn’t always the case. Millions of years ago, the megatooth shark family spawned one of the largest carnivores that ever lived: Otodus megalodon, which is estimated to have grown to 50 to 60 feet.

Yet the immense megalodon abruptly vanished from the fossil record around 3.6 million years ago—not long after the emergence of great white sharks. Scientists have speculated that the two species might have competed for prey, ultimately contributing to megalodon’s extinction.

A study published on May 31 in Nature Communications offers indirect support for this idea. Researchers compared the chemical composition of teeth from living and extinct sharks, and concluded the great whites and megalodon occupied similar rungs of the prehistoric food chain.

“Megalodon is an enigma in many ways,” says Alberto Collareta, a paleontologist at the University of Pisa in Italy, who wasn’t involved with the research. Collareta has studied bite marks, probably made by megalodon sharks, on the fossilized bones of small baleen whales and pinnipeds (the group encompassing seals and their relatives). Our understanding of megalodon’s diet is based primarily on such markings and on the sharks’ serrated teeth, which are more likely to fossilize than their cartilage skeletons.

The new paper “is very helpful and very insightful in that it provides quantitative, geochemical data to check against previous hypotheses,” Collareta says.

Great white sharks began venturing beyond the Pacific Ocean and showing up in seas around the world about 4 million years ago. That event may have hastened the demise of megalodon, as Robert Boessenecker, a paleontologist at the College of Charleston in South Carolina who also wasn’t involved in the research, and his colleagues previously suggested.

“At the time I figured it was a bit of a shot in the dark, and didn’t really think too hard about how the hypothesis would be tested,” Boessenecker wrote in an email. The new study “not only attempted to do so, but found evidence strengthening the hypothesis!”

An animal’s diet reveals a lot about its behavior and role in the ecosystem, says Jeremy McCormack, a geoscientist at Goethe-University Frankfurt in Germany and co-author of the new paper. Within each ecosystem, animals exist in a hierarchy known as trophic levels—whether they’re herbivores, top predators, or somewhere in between. Researchers typically determine an animal’s level by looking at different versions, or isotopes, of nitrogen in their bodies. Animals accumulate the “heavier” nitrogen isotope from their prey: The isotope is more prevalent in predators’ tooth dentine, bone collagen, and keratin. However, these tissues don’t fossilize well, so the technique only works for modern and recently-fossilized animals.

By contrast, zinc—an essential nutrient for plants, animals, and other organisms—is deposited in the strongest part of the teeth: the enamel, or in the case of sharks, enameloid. This is preserved when the teeth fossilize. What’s more, the proportion of “lighter” zinc increases relative to the “heavier” zinc isotope in animals higher up the food chain. Scientists have only recently begun using this technique, McCormack says, and his team’s study is the first to apply it to sharks.

The researchers examined teeth from 20 present-day species of sharks and other fish, including tiger sharks, bull sharks, mako sharks, monkfish, and halibut, as well as 14 fossilized sharks. The analysis included both present-day and fossilized great white shark teeth.

When they compared the zinc levels in megalodon and fossilized great white shark teeth, they found similar ratios of light to heavy zinc isotopes. This indicates that the animals fed at similar positions in the food chain. They may have targeted some of the same marine mammals.

“I wouldn’t necessarily say they were definitely the top predators of that marine ecosystem,” McCormack says. But both shark species “were high up the food chain for sure.”

Tiger shark teeth had the same zinc isotope ratios as prehistoric ones, suggesting that their trophic level hasn’t changed much for millions of years. But modern great white sharks seem to have ascended to a somewhat higher level than their predecessors. Additionally, the shark with the highest trophic level was not megalodon but its ancestor Otodus chubutensis.

Later, baleen whales—much smaller than their present-day relatives—appeared on the scene and might have been fair game for megalodon and early great whites. These whales mostly disappear from the fossil record around the time that megalodon went extinct. Their absence may have led modern great whites to dine higher in the food chain.

Expanding the zinc isotope analysis to marine mammals that megalodon and great white sharks might have eaten could add weight to the conclusion that the animals fed at similar trophic levels, Collareta says.

“We show for the first time that zinc isotopes do preserve the dietary signal over millions of years,” McCormack says. “This method is very promising, but of course we need to investigate this further to really get a grasp of how zinc behaves within an organism and throughout different trophic levels.”

Other paleontologists are excited by the promise of ancient zinc. “This is a powerful new tool to further examine trophic structure of extinct marine vertebrates,” Boessenecker said, “and I eagerly look forward to similar methods being used on fossil marine mammals.”