For picky eaters like the parrotfish, climate change is bad news

They make our white sand beaches beautiful, but our actions are poised to wipe them out. 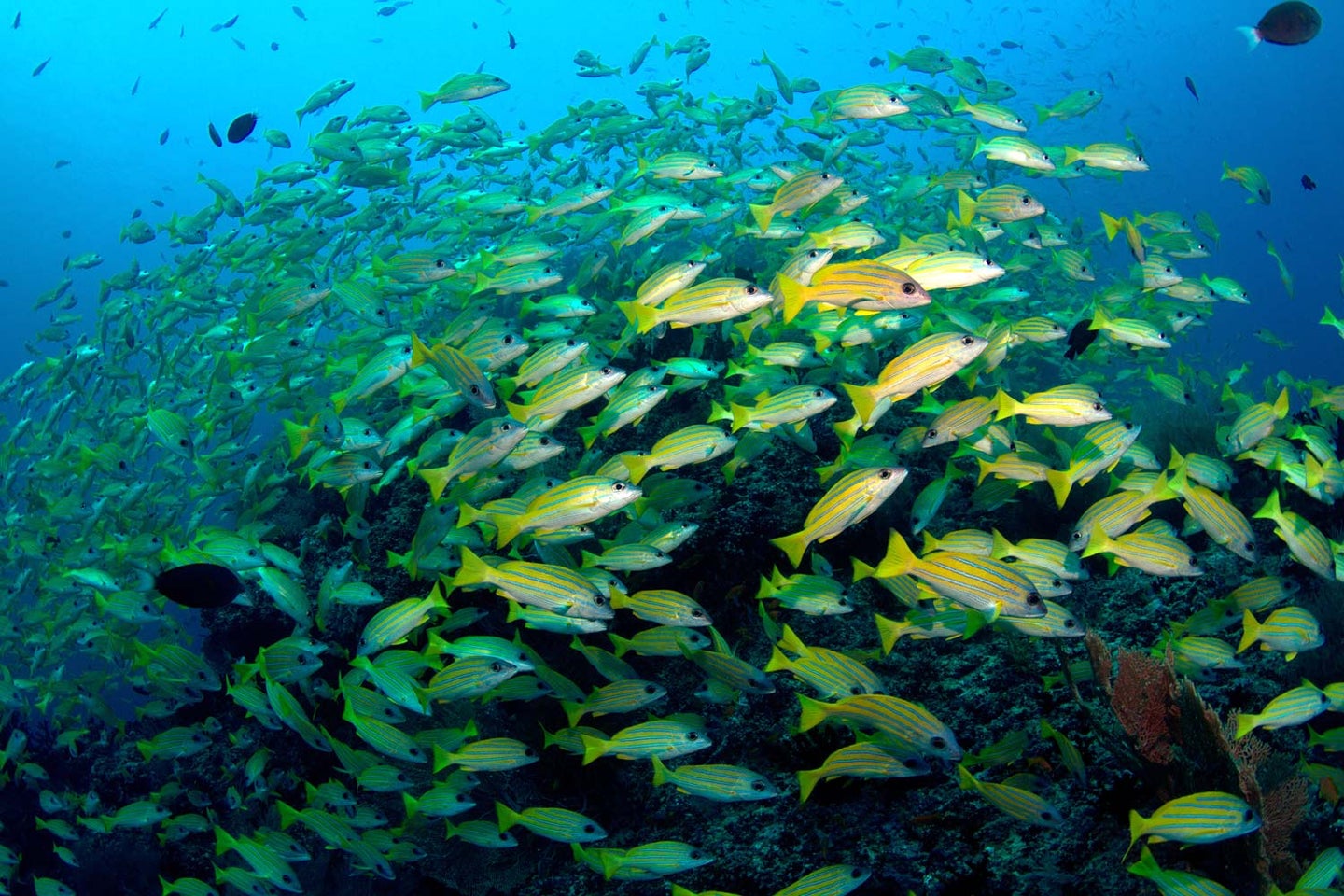 The colorful parrotfish is special. Over its lifetime, it can change its hue—making it a sought-after vision for scuba divers—and even its gender. It poops fine white sand that washes up on land, creating beaches. A popular delicacy, with a sweet shellfish flavor, it is eaten in many parts of the world and served raw in Polynesia, where it once was deemed “royal food,” fit only for the king.

But this fish, too, has a very particular appetite—and that may prove to be its undoing.

The parrotfish is among many fish that are picky eaters (scientists call them “specialists”) who feast only upon certain things, unlike “generalists,” who are less selective about what they gobble up. Parrotfish munch upon the algae that cover coral reefs—excreting undigested coral, the stuff of which the finest white beaches are made—making them critically important to reef survival, and vice versa.

Climate change is disrupting ocean habitats, and destroying food sources that many fish ecosystems—and humans—depend upon. This poses a serious threat to the many specialist fish who count on an abundance of certain prey as sustenance, and to those who rely on these fish as an inexpensive source of protein. If climate change destroys their prey, the fishes that eat them could starve to death.

“If they are specialists feeding on hard-to-get-at prey, or prey that might be severely affected by climate change and acidification”—like coral bleaching events, or the death of seagrass or algae beds—”then they will die of hunger,” says Maria Lourdes ‘Deng’ Palomares, a senior scientist and project manager with the Sea Around Us, a research initiative of the University of British Columbia.

And parrotfish are not the only ones in trouble—others include damselfishes, gobies, cardinalfishes, butterflyfishes, butterfishes, triggerfishes, and several species of snapper, she says. Butterflyfishes, for example, which are not great swimmers, hang around coral reefs and are uniquely equipped with long snouts that enable them to pluck out difficult-to-reach coral polyps from coral skeletons. If the corals die, the fish that depend on them for food will likely also die, she says.

“These specialists will have a hard time adapting to the lack of food, as they are selective about what and where they eat, and they tend to choose areas and foods that match their feeding skills and the place they occupy in the food chain,” Palomares says.

Palomares, co-author of a recent study in the journal Scientific Reports that describes this phenomenon, compared it to a drought on land. “Trees, which host many insects and animals, might burn from a forest fire or might wilt, which then causes the insects and animals living in these trees to leave, or they will die with the trees,” she says.

Once fish populations decline, consumers and tourism both will be harmed, she says. “Besides people who eat these fish, divers and aqua-tourists who go to areas around the tropics specifically for these beautiful fishes will lose their interest. The dive and aqua tourism industry will most likely suffer.”

The damaging effects of this process already are at work among seabirds and whales, both of whom are losing their prey, which includes small pelagic fishes and krill, she says. “Dugongs are already affected by the wiping out of seagrass beds. Imagine the widespread demise of coral reefs in the tropics, which host the most fish diverse area of the world’s oceans.”

She specifically mentioned two species of snapper especially at risk, Lutjanus kasmira and Lutjanus quinquelineatus, both fished commercially in Southeast Asia, “and a favorite of underwater photographers because they form big schools,” she says. These snapper species feed mostly on crustaceans and mollusks.

The former variety of snapper—also known as blue-stripe snapper—is a local, cheap protein source as well as a favorite of the sports fishing industry in Hawaii, she says. The latter, known as five-lined snapper, is a commercially important species in Malaysia, the Persian Gulf and in the coastal communities in Saudi Arabia and Iran, she says.

“Same as happens with the parrotfish, if the coral reefs on which these snappers live and depend on for food is adversely affected by climate change, the reefs will not be able to host their prey food,” she says. “They will either move to areas where there are still coral reefs or mostly likely die of starvation.”

The one piece of good news for snappers is that not all of its species are 100 percent crustacean and mollusk eaters. “They also can eat fish,” she says, “so maybe they will survive on fish until they find a place where they can find their preferred food. Or maybe they will have to adapt to whatever food is available, in which case, the species will be saved.”

The study involved a statistical assessment of datasets showing the relationships between what fish eat, their place in the food chain, and how each dataset affected the behavior of the others, the most important being the number of fishes sharing the same habitat and food resources, Palomares says. The matching of databases allowed the scientists to show, using data on almost 3,000 fish species, that there are fishes that are specialists when it comes to their diet, and there are those that are generalists.

“If fishes disappear because of climate change, and if these fishes are the target of the fishing industry, and if the fishing industry does not do anything to assure the sustainable exploitation of these fishes, then these fishes will not survive, and their business will be gone,” she says. “For fishes that are caught by artisanal fishers, communities that depend on them as their main source of protein will suffer, and the livelihood of these people is going to disappear together with the fish.”