When plants cry out for help, their neighbors start screaming, too 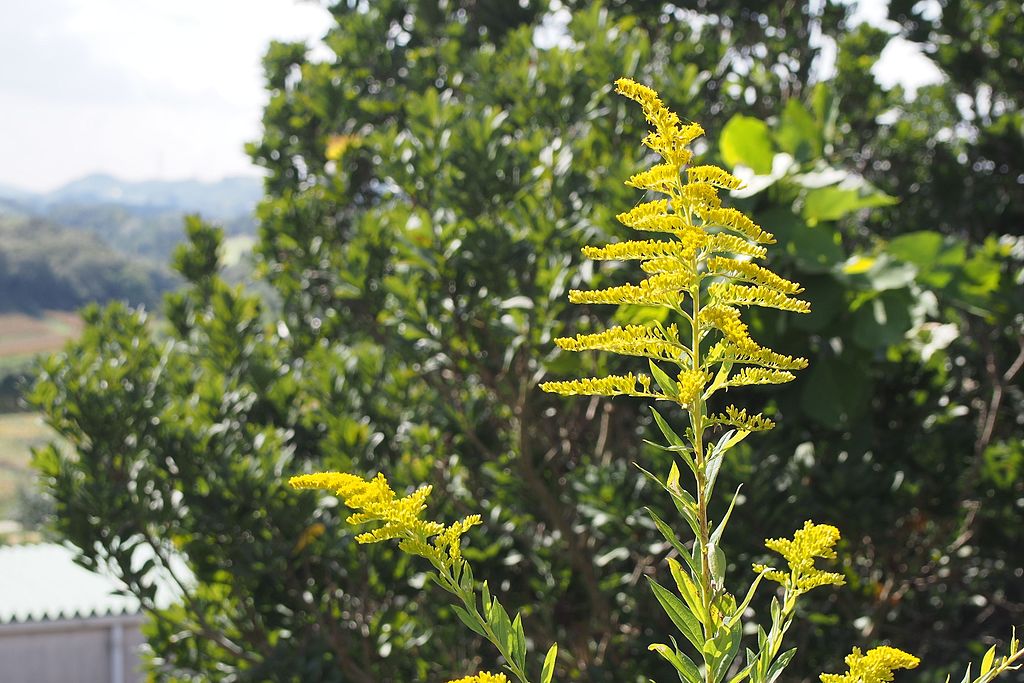 Animals might warn their compatriots of a threat by roaring, trumpeting, whinnying, barking, growling, or letting loose any of a hundred other noises. Goldenrod plants in peril just get smellier.

A new study from researchers at Cornell University shows that, when attacked by the herbivorous goldenrod leaf beetle, Solidago altissima sends out a chemical “cry” detectable by all nearby plants of the same species. It spreads throughout the group until they’re all working to defend the collective from invaders.

We’ve known for a while that plants can “talk” using smelly volatile organic compounds, also known as VOCs, says study author André Kessler. But this paper shows that—for goldenrod, at least—the conversation is beneficial to both the speaker and the receiver, even if they’re genetically distinct.

Before now, scientists thought only groups of a given plant that are closely related (similar to a human family) talked using VOCs, and any non-related plants that picked up on the signals were just eavesdropping. To examine whether this was true, Kessler and his coauthors grew and studied two different groups of goldenrod.

One set lived peacefully, without any threats—and the plants in that group only used VOCs to communicate with their kin, as if each family spoke in its own code. But the other experimental group had to contend with the goldenrod leaf beetle (so-named for its tendency to munch on goldenrod plants). Those plants shared information freely, Kessler says, and the chemical makeup of their VOCs became more similar as if turning into a common tongue.

The new study “gives us a more mechanistic understanding of plant-to-plant communication,” says Purdue University biochemist Natalia Dudareva, who was not involved in the current work.

Kessler says that it makes sense that plants would make some noise when threatened. Since some VOCs act as a deterrent to attackers, if the whole group is producing them, it reduces the risk of an attack for the entire area. “Each individual gains a benefit,” he says, creating “a patch of resistance which the herbivore is much less likely to come back into.”

This paper is part of a wave of new work that looks at plants in a way we’ve historically only studied animals, Kessler says, applying behavior biology principles. It might seem strange to think of a flower as behaving one way or another, but plants use VOCs in ways that look a lot like communication methods between animals. Getting to the root of plant chit-chat can give scientists a more fundamental understanding of why organisms of any kind started talking to each other in the first place.

There’s still at least one big mystery to solve: While we know that plants under siege can emit warnings using VOCs, “we know literally nothing about how [their neighbors] receive the information,” says Kessler. His team is now searching for the mechanism by which that cry of alarm is “heard.”

Dudareva says that figuring out the “mechanism of perception” for plant VOC communication will be the next big breakthrough in the field, “because we will start to understand how plants are talking to each other.” For now, the most scientists can confirm is that the conversations are happening. Who knows? Maybe one day we’ll be able to listen in.