This newly discovered leech lurked in plain sight for decades

Researchers found a new species of medicinal leech in swamps along the eastern seaboard. 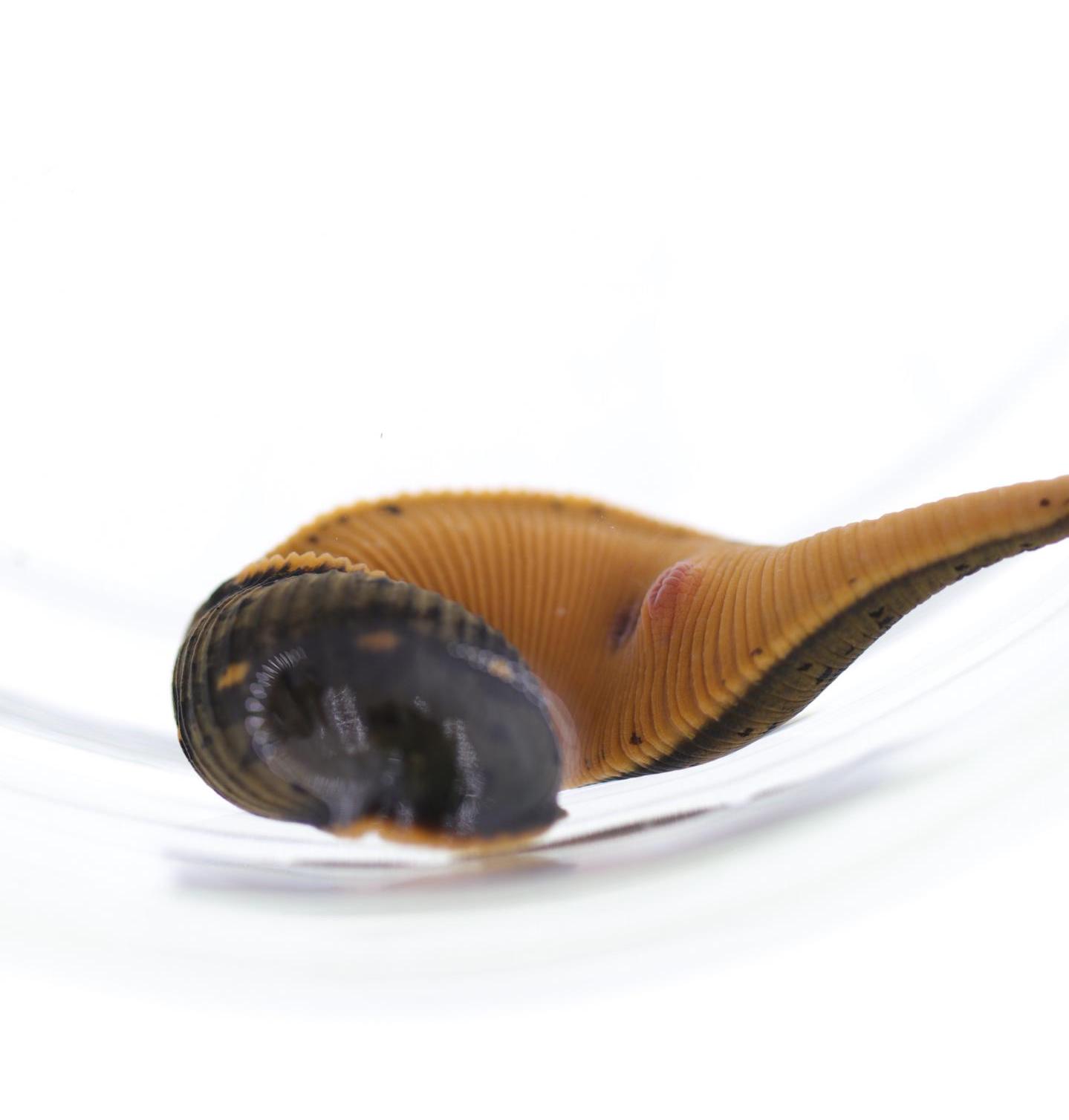 The about three-inch-long species, Macrobdella mimicus, had lurked in freshwater bodies and natural history collections for decades—until scientists gave it a closer examination. They described the species for the first time Thursday in the Journal of Parasitology.

Macrobdella mimicus lives in freshwater wetlands from Georgia to New York, its range flanked in the west by the Appalachian Mountains and the Atlantic Coast to the east. It occupies a sliver of the expansive range of another, widespread North American medicinal leech, Macrobdella decora, which has been reported from Southern Canada to the southern United States(and one population in Nuevo León, Mexico). In fact, it was M. decora’s vast distribution that inspired Phillips and colleagues to sleuth for any genetic variation within the worm’s multinational range.

“The idea that this is all the same leech seemed almost suspicious,” Phillips says.

In 2015, the international team of researchers collected a half-dozen orange-spotted, olive-green leeches from a swamp in eastern Maryland not far from the Smithsonian that’s known to be teeming with bloodsuckers. The group simply dipped nets or waded into waters and then checked their legs for attached leeches.

“It didn’t resemble any of the others” Kvist says. “When I saw the disparity in the DNA, I thought something must be wrong. I thought I’d made a mistake.”

He re-ran the tests and found, once more, that he was looking at a genetically distinct species. The research team also found a subtle, but visible, difference in the arrangement of multiple reproductive pores both species have along their undersides.

Armed with two independent tests—one anatomical and one genetic—the researchers examined about 150 specimens from marshes and museum collections from Georgia to North Carolina, South Carolina, Virginia, and Maryland.

Natural history museum collections proved to be a valuable source of evidence for Macrobdella mimicus‘ existence as a species, Phillips and Kvist both say. Most of their collections function as behind-the-scenes research libraries of biodiversity.

“They’re a snapshot of a diversity in a time and place,” Kvist says. Put together, “all these stills become a video where you can see the trajectory of evolution.”

Sometimes, their secrets remain unplumbed for decades—as was the case for this new leech species. When Phillips visited the North Carolina Museum of Natural Sciences, for example, the entirety of its supposed Macrobdella decora collection turned out to be Macrobdella mimicus. The Virginia Museum of Natural History unwittingly hosted 21 specimens of the new species. One 1937 specimen from Long Island, New York, in the Smithsonian’s parasite collection was discovered to belong to the new species. All in all, historic Macrobdella mimicus specimens date back more than 82 years, according to museum collections.

“It’s not something new that’s popped up. It’s not a mutant. It’s not an introduction from somewhere else. It’s been here this whole time,” Phillips says. “It’s within an hour of the natural history museum—you’d think we know everything around us, but in fact we don’t.”

This week’s announcement marks the first North American medicinal leech described in more than four decades and only the fifth jawed, freshwater bloodsucker ever documented (the previous four Macrobdella species were described in 1824, 1886,1953, and 1975).

“We’re only scratching the surface of what we know about leeches. They’re a hidden gem,” Kvist says. “We’re trying to tease out if there’s any more hidden diversity.”

Leeches are considered medicinal if they feed on human blood. Despite their notorious reputation in the bloodletting craze of the 18th and 19th centuries, they still hold a place in modern medicine. And of course, bloodsucking swamp leeches are not the only leech variety out there. Some marine leeches specialize in latching onto snails, turtles, or sharks. And not all of them are vampiric; some of the world’s most monstrous leeches swallow earthworms whole.

“When you talk about leeches, people know what you’re talking about. There’s not that many people who like them,” Phillips says. “I completely understand why it’s disturbing to find a big blood-sucking worm on your leg. For me, it’s an occupational hazard.”

Michael Tessler, a biologist at the American Museum of Natural History who’s conducted his own research on leeches, agrees.

“They’re these little tiny vampires. People recoil from them, but everybody wants to learn more about them,” he says. “You don’t want to look at them, you don’t want to think about them—but at the same time people are engaged because they gross you out so much.”

And while hundreds of leech species have been described, advancements in molecular tests have revolutionized the field, Tessler says.

In 2007, an AMNH lab found some medicinal leeches assumed to be the species Hirudo medicinalis actually belonged to a related—but genetically distinct— species, Hirudo verbena. The researchers also revealed that at least three distinct species make up wild European medicinal leeches, not just one, as previously believed.

“We’re able to re-examine our backyard and find out more. When you find something right under your nose, it changes the idea of the diversity around you,” Tessler says. “You find it in D.C. next to one of the largest natural history museums in the world? That’s pretty cool.”

To that end, Phillips and her research team say they’re still on the hunt for more overlooked leech species in North America.

“This is just a first,” she says. “Hopefully we’ll find more.”