Airbnb wants to send you on a trip to the frozen continent, but you’re gonna have to work for it. 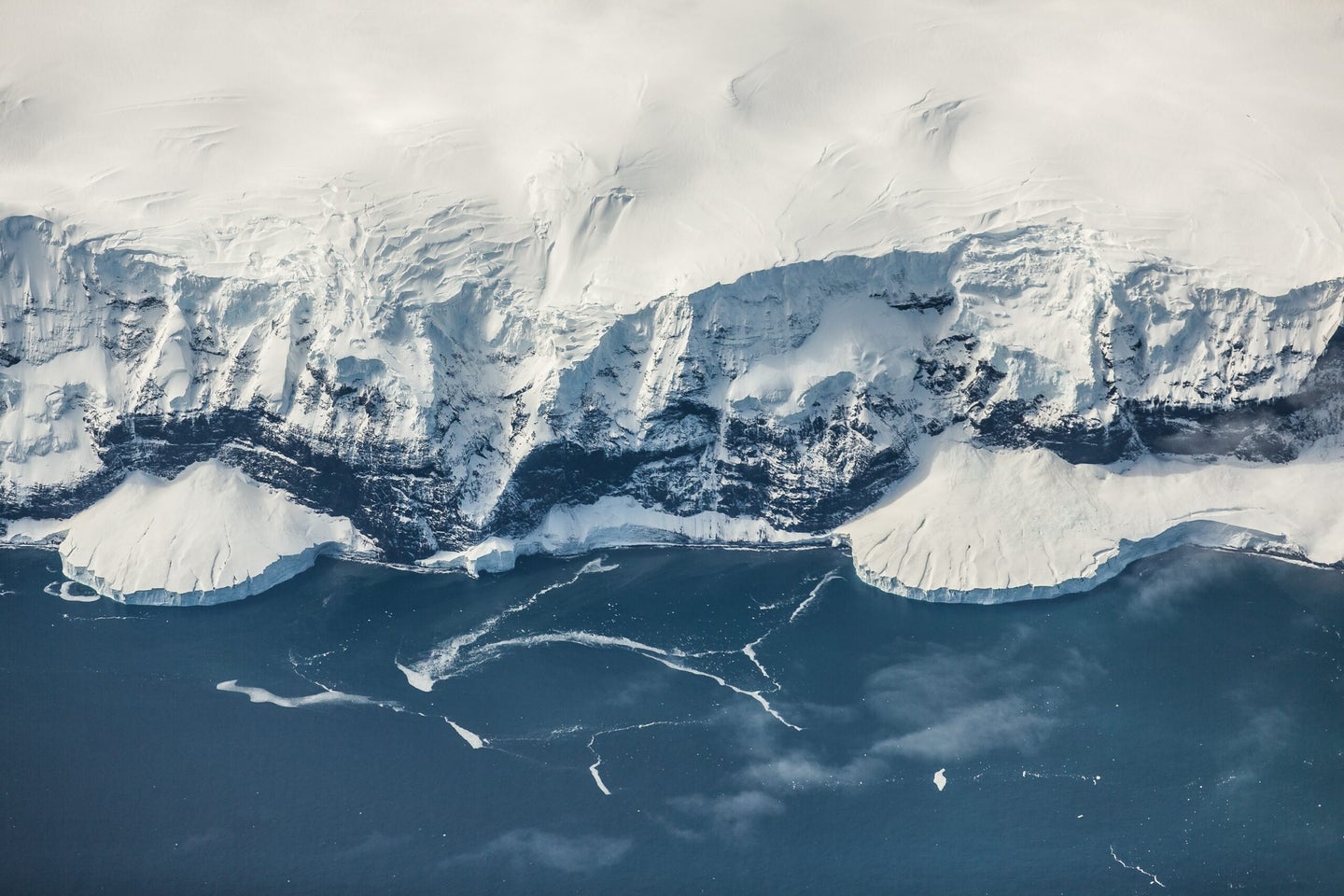 Airbnb is sending five people on a trip to Antarctica. If you play your cards right, you could be one of them.

On a given day, only a few thousand people live in Antarctica. Almost all of them are researchers, studying everything from glaciology to gravitational waves. And, now, five lucky volunteers will join them. The purpose of this all-expenses-paid expedition? To do science, of course.

Airbnb is partnering with Ocean Conservancy to send people on a month-long climate research expedition. During this “Antarctic Sabbatical,” volunteers will collect and analyze snow cores, samples of snow drilled out of the surface of the ice. They’re looking to see if any microplastics (tiny, pernicious fragments of broken-down plastic, less than 5 millimeters in diameter) have made their way into the Antarctic’s snowy interior.

The expedition will be led by environmental scientist, Kirstie Jones-Williams, who first visited the icy continent while completing field research for her doctorate degree. She’s now a part of the British Antarctic Survey, researching the impact of microplastics on polar marine zooplankton.

The word microplastic wasn’t coined until 2004. Now, both the word and the tiny bits are practically everywhere we look. Scientists have found them our soil, in the oceans, and even in our poop. They’re at the bottom of the deepest trenches in the Pacific and on the peaks of mountains. Microplastics were even detected in the oceans surrounding Antarctica a few years ago. They’re pervasive and ubiquitous, even in remote places. And, despite Antarctica’s status as the most remote place on the planet, it wouldn’t be surprising if the volunteers discover microplastics in the snow cores, too.

“The body of science around ocean plastics in general is still quite young compared to other disciplines of science,” says Nick Mallos, a conservation biologist and ocean debris specialist for Ocean Conservancy. “In the Antarctic context, that body of science is even smaller.”

“We can use more research on plastic pollution,” adds John Hocevar, Oceans Campaign Director at Greenpeace USA, who is not involved with this program. “We’re just beginning to understand the scope and impacts of the last few decades of reliance on single use plastics. It seems like every week there’s a new study that shows us a new aspect of the problem.”

Prior to arriving in Antarctica next month (the volunteers will begin their journey on November 18th), the group will have two weeks of formal training in Chile to transform them into bonafide citizen scientists. “We know when individuals and citizens are trained by scientists, that the data they collect is comparable to that collected by trained scientists,” says Mallos. Once training is complete, these newly minted citizen scientists will be put to work on the Ronne-Filchner Ice Shelf, a floating tongue of ice that borders the Weddell Sea. There they’ll face 200 kilometer per hour winds, temperatures below negative 40 degrees Celsius, and a full 24 hours of sunlight — as harsh it sounds, this is actually Antarctica’s sunny summer weather. After 10 days of holding hands and sampling snow, the volunteers will return to Chile to process their findings in a lab.

“If the cool temperatures and wind chill don’t take the volunteer’s breath away,” says Jones-Williams. “I have no doubt this vast and foreign landscape will.”

If you’re truly interested in being selected, don’t slack on your applications: The selection process is merit-based. According to Airbnb’s Sabbatical Selection Terms, volunteers will be chosen based on a combination of passion for the subject matter, demonstrated “creativity, personality, and individuality,” and a willingness to engage in a global dialogue after the experience has ended (also, they’d prefer it if you enjoy physical activity and the great outdoors, of course).

The people chosen for this sabbatical aren’t just getting a free trip. Anyone is eligible, but they are being asked to use their experience as a launching pad to communicate these findings to inspire wider incisive action.

“What excites me most” says Jones-Williams, is “being able to share this experience with our citizen scientist volunteers, and working with them to get people engaged with the importance and fragility of Antarctica.”

While the citizen scientists will do legitimate research, Greenpeace’s Hocevar agrees that the main benefits of this program will happen once the volunteers get out of the snow: “The biggest value is going to be any publicity that this gets and the added attention that it will create on plastic and the need to move away from single use plastic as quickly as possible.”

As cool (literally) as it sounds, flying five people all the way to Antarctica to do a small slice of science might seem more environmentally impactful than its worth. Jones-Williams says that they have considered this.

“We’ve made sustainability an emphasis of the entire trip,” she says. Under the guidance of the International Association of Antarctica Tourism Operators (IAATO) and Antarctic Logistics & Expeditions (ALE), the team behind the Sabbatical has drafted a list of principles that aims to lessen their environmental footprint. This includes considerations “from lodging, to transportation, to protecting biodiversity, and responsible marketing.”

“We will also do a carbon emission analysis of the entire Sabbatical and contribute to a gold standard carbon offset project to double offsets for the entire trip, to ensure it is more than one hundred percent carbon neutral,” says Jones-Williams.

So if you’re passionate about the environment and think your boss will let you cut work for a month, consider applying. If your boss for some reason isn’t budging, consider at least reducing your intake of single-use plastics. “The microplastics out there, they start as bottles, they start as bags, they start as forks and knives and plastic cutlery,” says Mallos. “We can all play a role in stopping the problem at its source.”