The secret to curbing meat consumption? The answer is shockingly simple. 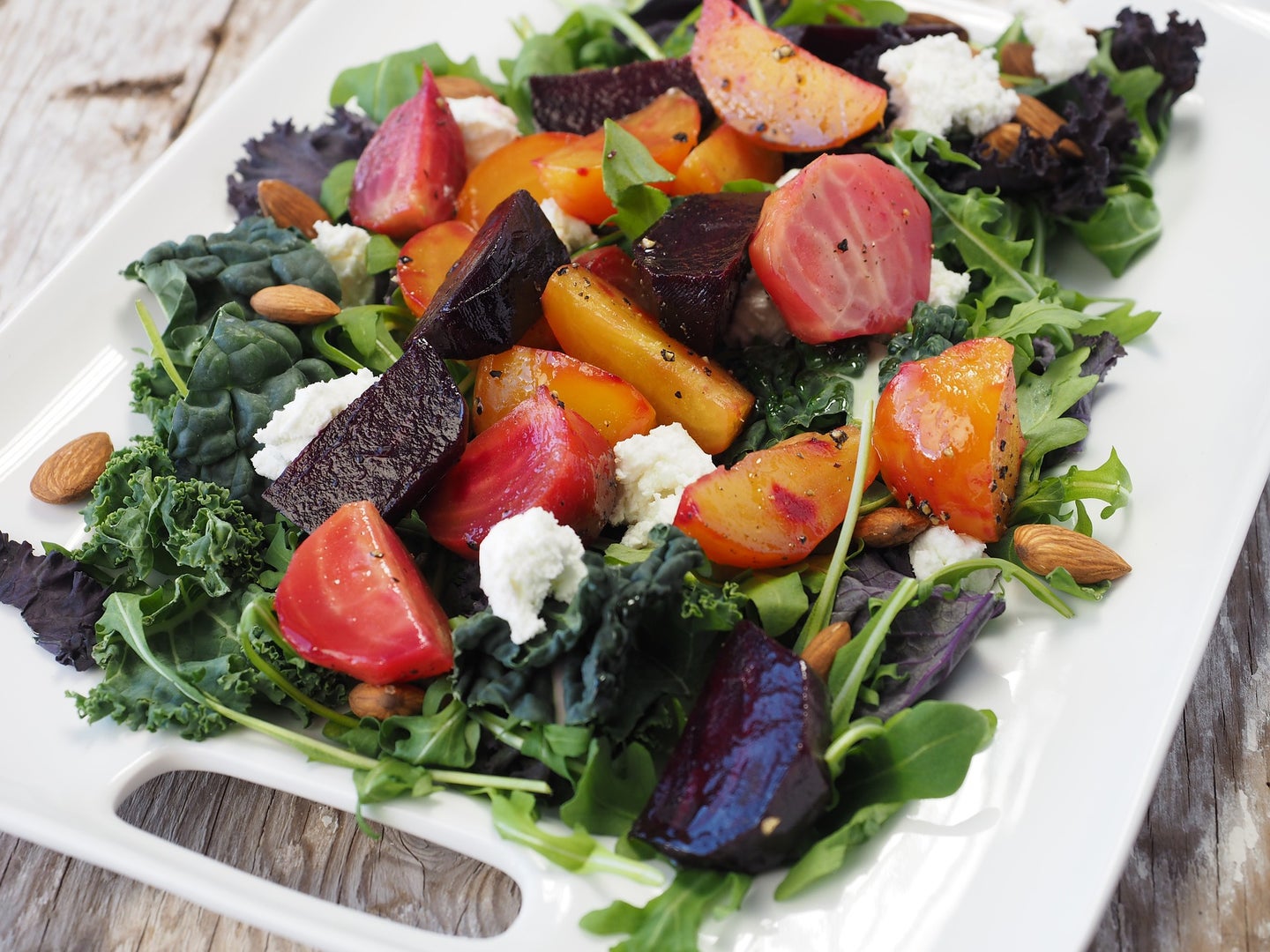 We’ve heard it again and again: Eating meat is one of the top contributors to climate change. Feed production, poop lagoons, and cow’s methane-filled burps together make livestock and aquaculture responsible for around 57 percent of the global food system’s greenhouse gas emissions. Livestock also takes up to 83 percent of total farmland and played a partial, indirect role in the recent Amazon fires.

Despite this, humans aren’t readily giving up their burgers and steak dinners. Rather, overall meat consumption has increased by 1.25 percent in 2017 and is projected to be 15 percent higher in 2027 than it was in 2015. Educating people about the devastating impacts of meat consumption can raise awareness, but it rarely changes consumer behavior. What might shift public eating habits, however, is simply increasing the quantity of vegetarian options. One study, published this week in Proceedings of the National Academy of Sciences, suggests it might actually help.

Scientists from the University of Cambridge’s departments of Zoology, Geography, and Public Health joined together to collect data from over 94,000 meal purchases across three of its college cafeterias. Doubling the vegetarian options—from one in four to two in four—increased the sales of vegetarian meals by up to 79 percent.

The study focuses on understanding and manipulating consumers’ choice architecture, which is the physical, economic, and social context in which people make decisions. For a worldwide population of 10 billion, some recent studies suggest that a healthy and sustainable meat consumption should be closer to 44 pounds per person annually However, the average annual meat consumption in the US, including food waste, is about 331 pounds per person. That’s over seven times higher than where we need to be if we want a healthy planet. To achieve this goal, we need to find low effort, non-controversial solutions.

“Replacing some meat or fish with more vegetarian options might seem obvious, but as far as we know, no one has tested it before,” said lead author of the study Emma Garnett, a PhD candidate in the University of Cambridge’s Department of Zoology. “Solutions that seem obvious don’t always work, but it appears this one does.”

The research was broken into two studies: one observational, the other experimental. For the observational study, the researchers collected data from two college cafeterias over the course of one year, in 2017. Both colleges operated normally, varying their menus on a daily basis. On days when vegetarian offerings doubled, vegetarian sales increased by 62 percent in one college and 79 percent in the other. Even the most carnivorous quartile of eaters—those cafeteria-goers who ate the most meat-based meals during the prior summer semester—were more likely to choose a vegetarian option on those days.

For the experimental portion of the study, researchers analyzed data from 44 lunches across the 2017 autumn semester. Menus alternated every two weeks between one veggie option and two. For the two veggie option weeks, the proportion of vegetarian sales increased by 41 percent. However, this number could be up to 25 percent higher due to a misclassification of vegetarian meals as meat due to miscoding (no meat meals were ever misclassified as vegetarian).

Because meals were purchased with university cards, researchers were able to track dinner purchases for consumers as well. They found that there was no rebound effect among consumers who purchased a vegetarian lunch. In other words just because they ate a meat-free lunch did not mean they were more likely to eat a meat-based dinner as a form of compensation. Their dinnertime behaviors stayed the same.

“I think some people might view this as a restriction on meat options, but meat options are still there,” says Garnett. “I really prefer to see this as an expansion of choices.” Many restaurants only provide one vegetarian or vegan option, and expanding that selection varies a consumers dining selection.

While increasing vegetarian options in this study increased the likelihood of a consumer turning down meat, it focused on a very specific population—college students and staff in a western country. Further research needs to be conducted to see if this restructuring of menus would also work in older populations or in countries such as China and Brazil, which have also have meat-heavy cuisines and large populations.

Regardless, the study exemplifies that humans truly are omnivores. Even though consumers may not consciously identify as a flexitarian, our behaviors reflect otherwise when given options.

“Vegetarian options are too often an afterthought, and they deserve, or need, more prominence in our diets,” says Garnett. “This research is showing that when caterers or supermarkets are providing more plant-based options, they are not just responding to, but also re-shaping customer demand.”

This article has been updated to reflect the fact that doubling the vegetarian options increased the sale of vegetarian meals by 79 percent rather than reduced meat-based purchases by 79 percent. The latter was mistakenly mentioned in a press release on the study.