From a shark’s-eye view, people really do look like seal snacks. 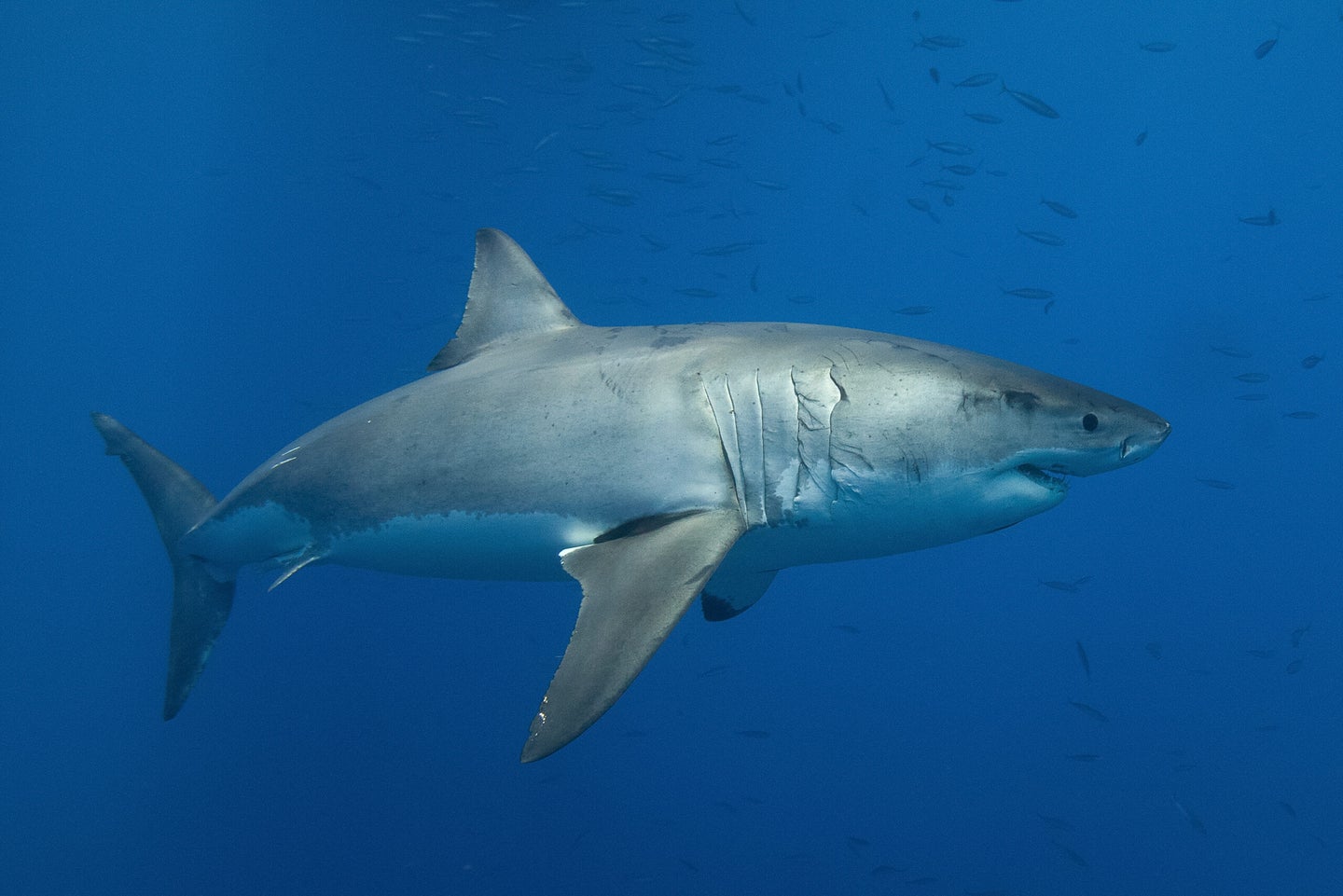 There’s just a 1 in 3,700,000 chance a person will be killed by a shark in their lifetime, but the fear is still enough to have swimmers worrying about being perceived as prey. Now, new research supports the long-standing theory that when great whites do go in for a bite, it’s a case of “mistaken identity.”

A team of biologists from the UK and Australia compared footage of seals swimming with videos of humans swimming  (with and without paddle surfboards). They then edited the clips to simulate a great white’s vision—the sharks are likely colorblind, and they can’t make out fine detail—and found that from the ocean inhabitant’s point of view, humans do indeed bear a strong resemblance to seals. The findings were published yesterday in the Journal of the Royal Society Interface.

“Great white sharks are often portrayed as ‘mindless killers’ and ‘fond of human flesh.’ However, this does not seem to be the case, we just look like their food,” Laura Ryan, a neurobiologist at Macquarie University in Australia and lead author of the study, told Live Science.

Despite their less-than-stellar vision and subpar spatial perception, great white sharks are highly visual creatures, and rely on motion and shadows when on the lookout for prey. To really see through the species’s eyes, the research team had to get creative.

[Related: Shark Week may be hurting, not helping, its namesake creature]

“We attached a GoPro to an underwater scooter, and set it to travel at a typical cruising speed for predatory sharks,” Ryan said in a statement. The researchers then paired the recordings with computer models to simulate how similar people look from a shark’s distorted view below the surface. The results showed a striking closeness to seals and other pinnipeds, supporting the “mistaken identity” theory.

“I knew there would be some similarities, but maybe not to the extent we found,” Ryan told Live Science. “Specifically, I thought swimmers might not be as similar as a surfer to a seal as they typically aren’t involved in as many shark bites. However, the swimmers were also difficult to tell apart from a seal.”

Shark attacks may be frightening and dangerous, but they are quite rare. In 2020, there were 57 confirmed unprovoked cases worldwide, according to the University of Florida’s International Shark Attack File; of those, 10 were fatal. The 2015 to 2019 average was 80 incidents per year.

“They eat seals everyday and bites on people are incredibly rare,” Catherine Macdonald, a marine scientist at the University of Miami not involved in the study, told the New York Times. “So if they’re not solving the problem visually, then how do we think they’re solving it?” To hit the right targets, shark could be relying on other senses, like scent. If that’s the case, additional studies on how great whites utilize those senses could help establish interventions to prevent further attacks.

As Ryan put it in a statement: “Understanding why shark bites occur can help us find ways to prevent them, while keeping both humans and sharks safer.”