Australia adds one more horrifying species to its roster. 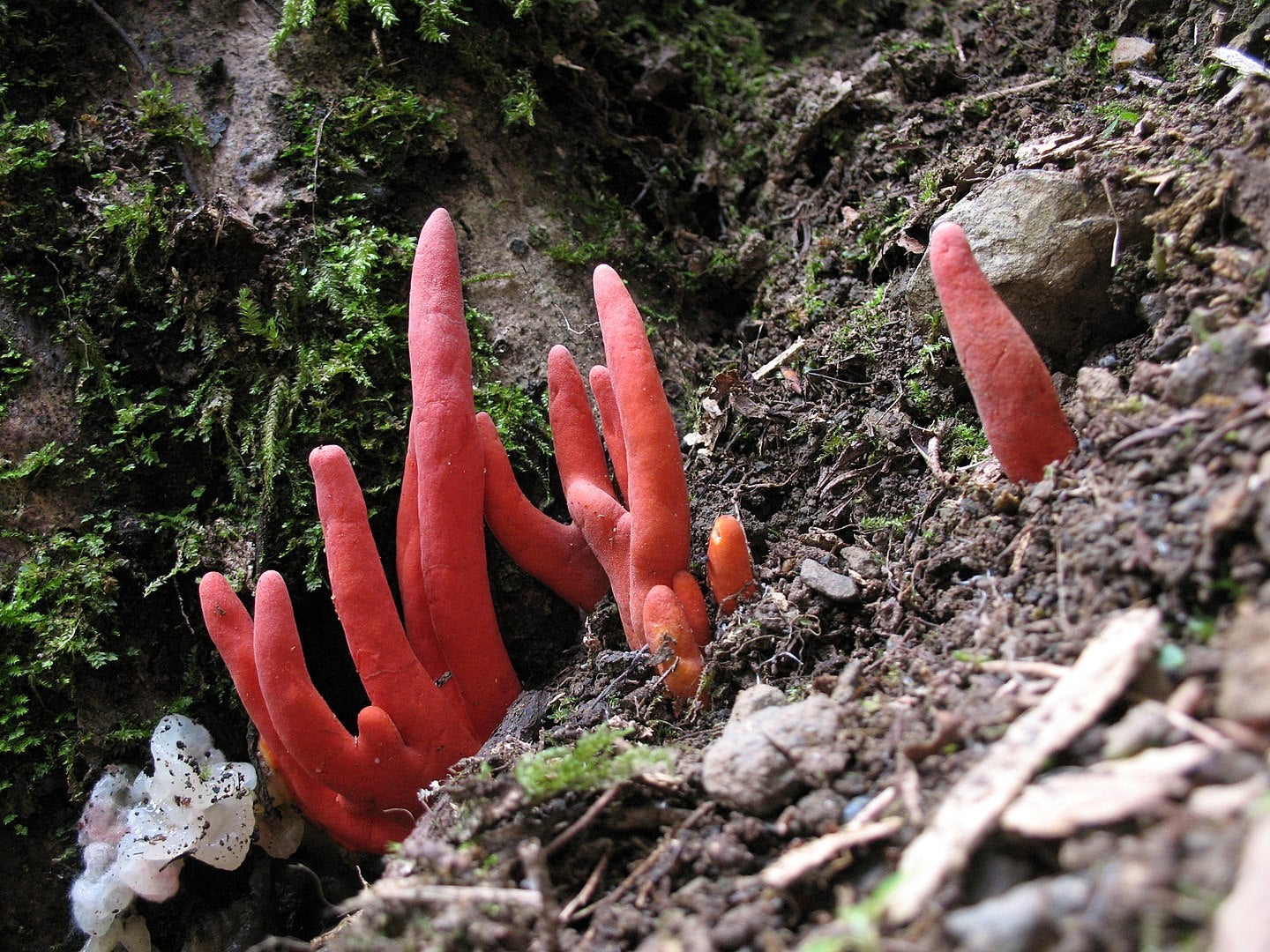 Australia: Is there anything there that isn’t trying to kill us? This fungus says the answer is no. On Thursday, mycologist Matt Barrett of James Cook University confirmed the first-ever sighting of a Poison Fire Coral fungus in Far North Queensland. Podostroma cornu-damae, one of the world’s deadliest fungal species, was until recently thought native only to Japan and Korea. This and other recent sightings in Java and Papua New Guinea suggest the dangerous organism is much more widespread than previously assumed.

It takes quite a creature to inspire anxiety in the land of blue-ringed octopuses and box jellyfish and crocodiles and funnel web spiders and death adders and… you get the idea. But Barrett didn’t pull any punches in a recent press release on the find: Poison Fire Coral is terrifying even by Australian standards.

“If found, the fungus should not be touched, and definitely not eaten. Of the hundred or so toxic mushrooms that are known to researchers, this is the only one in which the toxins can be absorbed through the skin,” Barrett said, adding that consuming the fruiting body of the mushroom can cause “a horrifying array of symptoms.”

Fortunately, the dangerous specimen was found and (carefully) collected for Barrett’s examination by Ray Palmer, an avid fungi enthusiast and photographer who knew enough about Podostroma cornu-damae to avoid skin-to-skin contact.

“I thought ‘no, this can’t be it because this is in Australia’—it’s not known to be in Australia,” Palmer told the Australian Broadcasting Corporation. But as he’s found “a lot of other species which shouldn’t be in Australia” in his years of tracking down mushrooms to photograph, he knew better than to take any risks.

Most people know better than to eat wild mushrooms without first researching which ones might make them sick, but some say that Poison Fire Coral is dangerous even to touch. Its power comes from several kinds of trichothecene mycotoxins, which in this case can reportedly cause irritation and swelling when absorbed through the skin. But eating the fiery fruiting bodies is much worse: In addition to the stomach pains and vomiting you might expect, victims have experienced peeling skin, hair loss, shrinking of the cerebellum (leading to impairments in movement and speech and changes in perception), and decreases in white blood cells and platelets. Without treatment, the toxins can lead to organ failure, necrosis, and eventually death, with cases progressing at different rates based on dosage—one patient who consumed the mushroom as a tea didn’t start developing symptoms for several weeks.

The vast majority of technically-poisonous mushrooms around the world aren’t generally fatal, so most would-be foragers can rest easy as long as they study up on safe species and steer clear of anything ambiguous. Podostroma cornu-damae is one particularly scary example of a poisonous mushroom that looks like something edible: In the early stages of its growth, it looks a lot like Ganoderma lucidum and Cordyceps, both of which are often used in traditional medicine.

Podostroma cornu-damae probably isn’t new to the rainforests of Queensland, and Barrett suggests it may even be widespread. In just this last year he’s identified more than 20 specimens from local citizen scientists that have turned out to be species unknown to the region. Even if you don’t typically go looking for medicinal tea ingredients in Northern Australia, the discovery is a reminder of just how little we know about fungal species—and how important it is to take care when picking and eating them.