Wildfires raged over nine states for the first half of September. Here’s what will rise from the ashes.

Next spring will bring mushrooms, flowers and woodpeckers to the Chaparral forests. 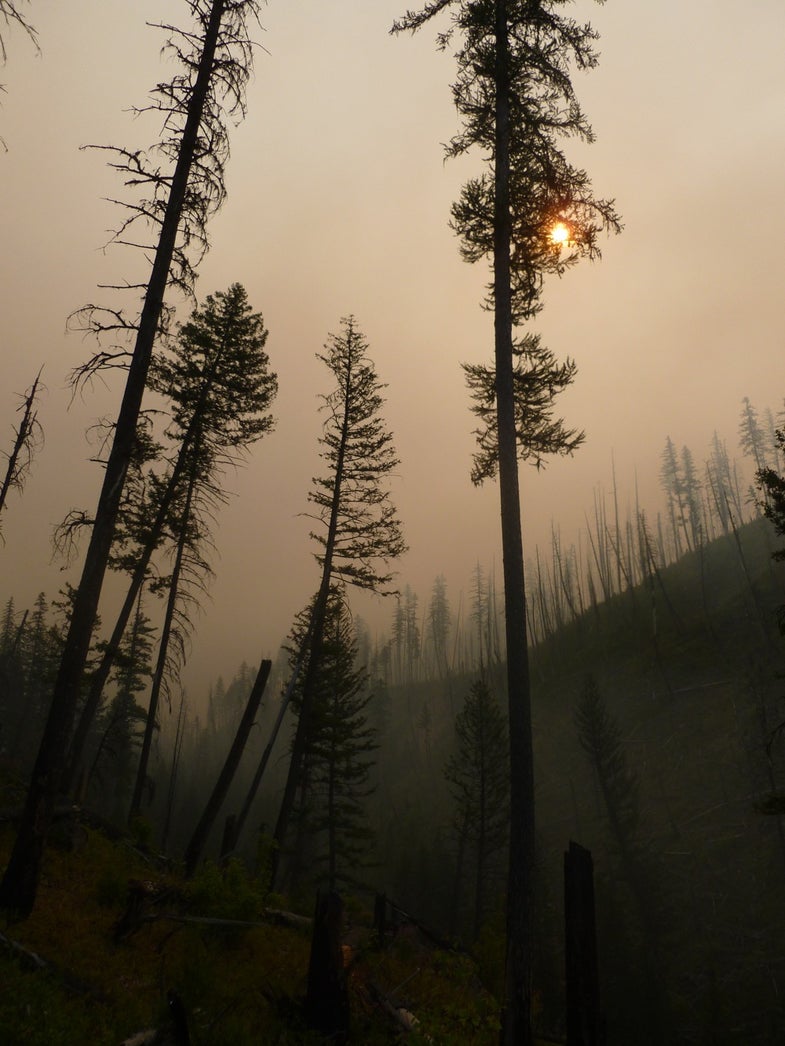 In the past month, more than 100 large fires have burned 7.8 million acres, according to the National Parks Service. But these fires don’t destroy everything in sight. “Many of the plants may look devastated, but below ground they have survived and they’ll sprout right back,” says Andrew Larson, a professor of forest ecology at the University of Montana. Not only can many species survive the fire—others need wildfires to fulfill their biological destinies. Onlookers will find these four species flourishing in the affected areas next spring.

Morel mushrooms are a diverse, globally distributed, and delicious species. They’re also notoriously hard to find, and mushroom hunters have developed many theories about where they can expect the fruit to sprout. Prudent shroom seekers should stick to recently burned Boreal forests in California, according to a 2016 study in Forest Ecology and Management. And humans aren’t the only ones who will enjoy a bumper crop of these tasty mushrooms—bears also eat them.

The most famous of the charred-forest-loving birds is the black-backed woodpecker, which follows the waves of beetles that invade burnt trees. This particular species actually lives exclusively in areas recently ravaged by fire, but other woodpeckers are also happy to take advantage of the influx of grubs. Once the black-backed fliers start moving on in search of another fire, other birds take will over their nests.

Lodgepole pines are known for their fire-sensitive cones, which are covered by resin that melts in high heat to release seeds. “You get a great big pulse of pines right after the fire,” says Larson. However, not all lodgepole pines have this adaptation. Fire-sensitive cones are better suited to areas that get large, hot forest fires and don’t have a lot of pine predators, according to a 2014 study. An abundance of seed-stealing red squirrels skew the advantage towards pines that release their seeds in regular, non-combustive cycles.

Scientists have been doing experiments since the 1980s to find out why these yellow flowers bloom after devastating fires. Their seeds start to germinate when exposed to smoke, but they are also more likely to sprout in a soil mix that includes charred Chaparral forest wood.

Fire is a natural part of many ecosystems out west, though scientists disagree about how much fire is necessary to keep things healthy. “It’s important to recognize there’s a lot of negative consequences for humans,” Larson says, “But many of the plants, animals, and fungi need burned environment.”