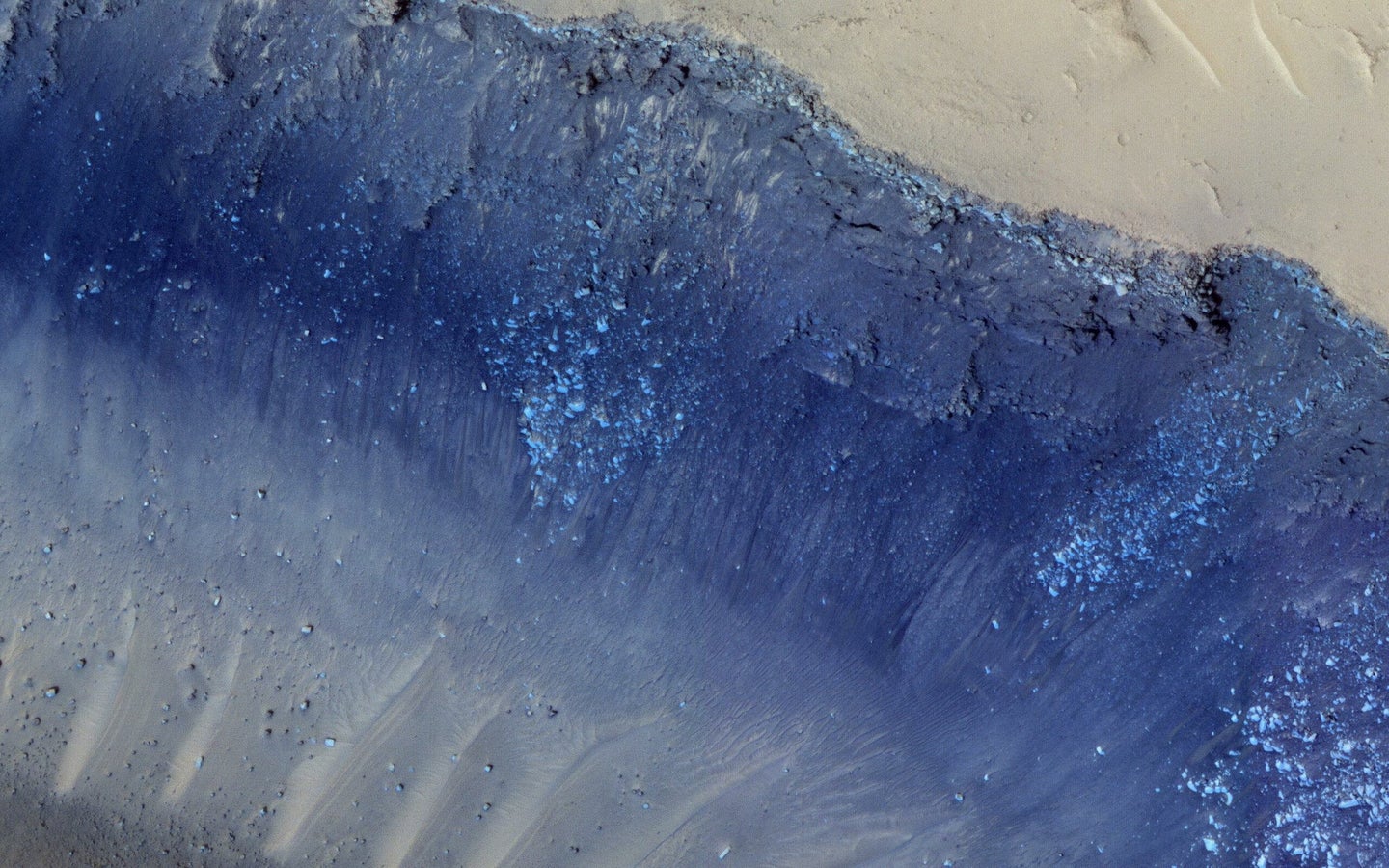 NASA’s InSight lander first touched down on Mars in 2018, armed with a bevy of instruments to help Earth-bound scientists run a full physical exam on the planet. One of InSight’s main sensors was the first seismometer to measure the red planet’s pulse since the Viking landers in the 1970s.

It took about a year, but the detector began sniffing out so-called Marsquakes in early 2019. Now, three different studies based on InSight’s seismic data, all published yesterday in the journal Science, give us an unprecedented look inside our planetary neighbor.

Using measurements from around 10 Marsquakes, along with knowledge of Mars rocks acquired through Martian meteorites and other Mars data, the teams were able to divine new knowledge about the structure and evolution of the red planet. One study focused on finding the size and characteristics of the crust of Mars, one on the mantle (or middle layer), and one on the core of the planet.

The Marquakes were only a magnitude of 3 or 4, so they would hardly be felt if they occurred on Earth, says Amir Khan, the lead author on the study of the Martian mantle and a geophysicist at the Institute of Geophysics at ETH Zurich.

“This stuff is just amazing,” says Gretchen Benedix, an astrogeologist at Curtin University in Australia and the Planetary Science Institute, who was not involved in the studies. She says it’s a good sign that though the three teams operated separately, they converged on a similar picture of Mars. Benedix has studied Martian meteorites and uses machine learning to study the evolutions of planetary surfaces.

One of the surprises unearthed (or un-Mars-ed?) is that Mars has an unexpectedly large core; its radius sits at the upper end of what scientists previously estimated. The planet’s heart of liquid metal actually starts about 1500 kilometers down from the surface, just halfway to the center of Mars, making the iron and nickel core bigger but also less dense than scientists thought when the mission began.

Another of the studies got a handle on the thickness of the Martian lithosphere—the cool and brittle top portion of the planet that includes both the crust and the outer, colder parts of the mantle—which the authors now think is about 400 to 600 kilometers thick. For comparison, although Earth is much larger (two times the diameter of Mars, in fact), Earth’s lithosphere averages around just 100 kilometers from top to bottom.

Researchers figured this out with data from InSight’s seismometer, which mainly captured two different types of waves produced by earthquakes. Those are P waves, or primary waves, which occur first and travel the fastest, and S, or secondary waves, which travel slower but do the real damage we think of during a quake.

But these waves don’t all travel the same way through differing terrain, says J. Brian Balta, a petrologist (that’s a geologist who studies the origins of rocks and their composition) also affiliated with the Planetary Science Institute and not involved in the studies. Balta has studied Martian meteorites as a way of understanding Mars for the last decade.

“When your seismic instrument is sensitive enough,” Balta says, you can tell the difference between an S wave that came toward you directly and one that “bounced off” something else first, or even one that bounced off two things first. This helps construct an underground picture.

Waves also pass more slowly through hotter underground areas, which can tell researchers about the abundance of radioactive materials underneath Mars.

“Our results suggest that the crust of Mars is 13 to 20 times more enriched in heat-producing radioactive elements” than what researchers had previously determined with satellite data, Khan says.

The heat trapped inside a rocky planet comes from different sources. Some heat is left over from the planet’s formation, but a considerable percentage also gets produced by the slowly decaying radioactive isotopes inside, Balta says.

The region where the Marsquakes originated appears to be Cerberus Fossae, a collection of cracks in the Martian surface where researchers found possible signs of geologically recent volcanic activity in May. Balta says both these facts tell us “that Cerberus Fossae could be a spot of some of the most recent activity on Mars, and both measurements fit together with that story.”

In the meantime, data continues to stream back to Earth, giving us more clues about the inner workings of Mars. “New Marsquakes are being detected every day,” Khan says.