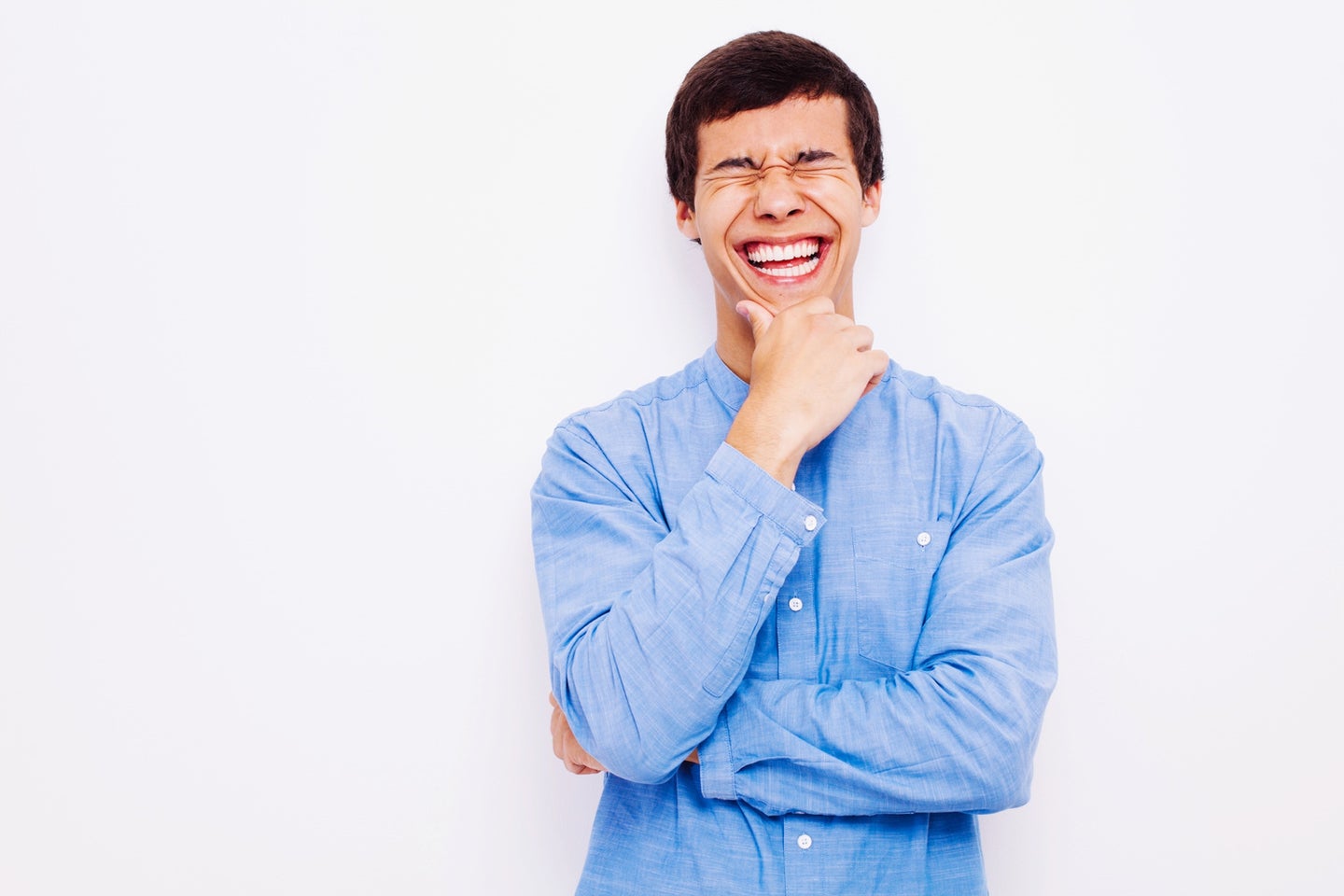 Laughter may seem like a simple affair, but humans use it to communicate any number of emotions. We might laugh to show we sympathize with a friend or have the hots for a date. A chuckle can cover up our embarrassment and a giggle can help us get away with a lie. A snicker can add fuel to the flame of a spiteful fight, while a strategically cheerful chortle can de-escalate a stressful situation.

“It’s like a hall of mirrors, how people use laughter,” says Sophie Scott, a cognitive neuroscientist at the University College London. “We think laughs are about jokes and comedy, but most of your laughter is being used in a complex, nuanced way.”

As quintessential as laughter is to human interaction, we don’t all react to those nuances in the same way. A 2002 study based on parental reports found that among participants, children with autism rarely responded to others’ laughter with their own smiling, giggling, or clowning around. In a later 2016 study, researchers found that while most children generally enjoy cartoons more with the addition of a laugh track, children with autism do not.

That got Scott and her colleagues thinking about how different people respond to laugh tracks like the ones used in television comedies from “I Love Lucy” to “Friends.” How does the brain process these cues when they come in such an artificial setting? Their findings, published Monday in the journal Current Biology, suggest recordings of genuine, spontaneous laughter can make even the corniest punchlines funnier for everyone, including people diagnosed with autism.

To explore the humorous impact of laughter for both neurotypical people and those with autism, Scott and her colleagues tested how classic “dad jokes” landed when presented alone or with laugh tracks. Take, for example, this zinger: “Why couldn’t the toilet paper cross the road? He got stuck in a crack.” Not exactly high-brow humor. Would listeners think it was funnier, the researchers wondered, if it was followed by the sound of laughter?

Before they could answer that question, the neuroscientists first had to gather recordings of chuckles—some performed, and others uncontrollable and involuntary.

To capture genuine giggles, the scientists set up scenarios they knew would illicit sincere amusement (“One of the most enjoyable days I’ve ever had in the lab,” Scott says). For one volunteer, they screened the Eurovision Song Contest. Another asked to watch an entire episode of Larry David’s television show “Curb Your Enthusiasm” with an old friend. Scott, for her part, knew what would make her laugh: watching a colleague trying not to laugh.

Then, having harvested their canned and authentic har-hars, the researchers presented participants—24 adults with autism and 48 neurotypical subjects—with 40 corny dad jokes recorded by a professional comedian. They paired half with spontaneous laughs and the other half with faux chuckles, then compared the baseline funniness of the jokes (ranked from “not funny” to “hilarious”) to their rating after the laugh treatment.

They found that across the board, the jokes were rated as funnier when followed by a chortle of any kind. But the bump in perceived hilarity was much bigger for jokes paired with sounds of authentic amusement.

“Any laughter makes the joke funny,” Scott says, but “genuine expression of emotion is very engaging. It’s a bit like the sun coming out—it’s very hard to fake.”

Notably, researchers found that participants with autism rated all the laugh-tracked jokes as funnier than the neurotypical adults did—even the most groan-worthy of punchlines (like this one: What did the butt say to the other butt?

In any case, the new study suggests that while people with autism may prefer slapstick and puns over socially-complex humor, laughter is still infectious for everybody.