Planetary nurseries are far more varied and beautiful than we expected 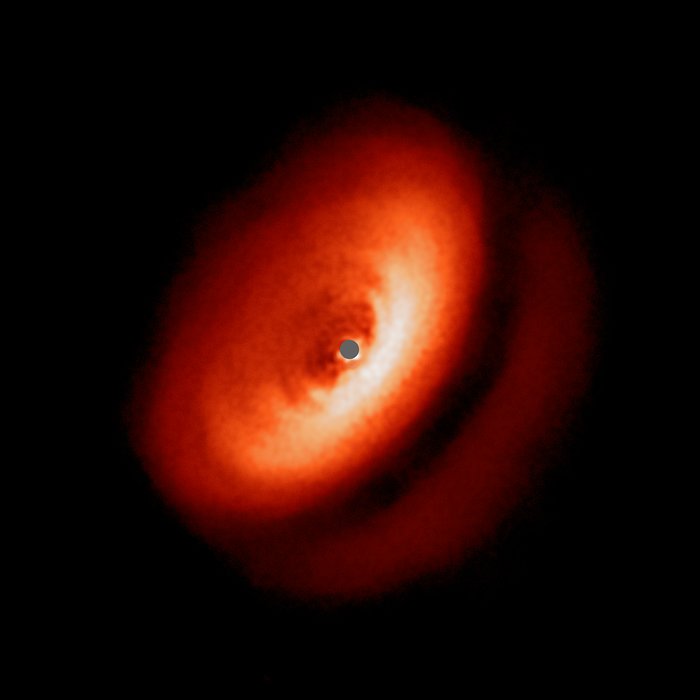 At a European Southern Observatory (ESO) site in Chile’s Atacama Desert, a unique telescope has allowed astronomers to make unprecedented observations of the “dusty disks” that form around young stars. Their knowledge could offer us insight into how our own Solar System formed more than four billion years ago.

These disks last just a few million years—no time at all, to the 13.7 billion-year-old universe, but impossibly long to humanity. But just a decade ago, we would have missed most of them. At that time, says astronomer Henning Avenhaus, “any of these individual eight disks would have warranted a paper.” At the ESO, it’s possible to see lots of them—if you can snag time with the Spectro-Polarimetric High-contrast Exoplanet REsearch instrument, AKA SPHERE. This cutting-edge instrument, which is able to take direct images of the exoplanets surrounding close-by stars other than our Sun, is only available to researchers at two times per year. It’s primarily used for looking at existing exoplanets, not for looking at dusty disks, which are still a little-understood phenomena. SPHERE is capable of cutting down the light from stars so the exoplanets—and the dusty disks—surrounding them can be seen using polarized filters and adaptive imaging technology. It’s part of the ESO’s Very Large Telescope. It was installed in 2014, but only imaged its first confirmed planet in 2017. When Avenhaus visited, he says, “I went to the telescope and was expecting to see three disks at most.” His team was able to observe eight in total, surrounding T Tauri stars, the youngest visible type of star at less than 10 million years old. These T Tauri stars are between 230 and 500 million light-years away from Earth.

The observatory is “a very remote and unique place. It kind of looks like Mars,” he says. Avenhaus is the lead author of a study looking at eight of the stars he observed. This paper, which will be published in the upcoming issue of Astrophysical Journal, discusses the methods used to observe disks as well as some potential ways forward for the research. In theory, these disks will eventually coalesce—somehow—into planets. It’s the first publication in a larger project to study them, known as DARTTS-S (Disc ARound T Tauri Stars With Sphere.) In time, DARTTS-S researchers hope to understand much more.

The disk surrounding a star isn’t mostly dust—it’s mostly gas. Only about one percent of each disk is solid, but that dust is what is visible using SPHERE, like the dust particles surrounding a lightbulb when it’s turned on. The disks have been observed before, Avenhaus says, but “What’s new about these observations is that we have a larger sample.” Encapsulated in that sample are images showing small disks, large disks, scattered disks and even disks shaped like hamburgers or yo-yos: two bright rings with a dark core. One of the things that surprised him was how big they were, and how variable in size. The disks are between 100 and 400 astronomical units (the distance between Earth and the Sun) in diameter—bigger than our entire solar system.

In time, the DARTTSS researchers will expand the gallery with a further 21 stars. “Once we have more data we will be able to hopefully understand whether the disks all go through the same processes,” Avenhaus says. It’s not yet known if the zoo of disk shapes is more like a family photo full of people at different ages (that is, if each different disk shape represents a regular point in the lifecycle of any small T-Tauri star, or if the disks form differently). With further observation and research, the researchers hope to start working with a statistically significant number of stars, and getting answers, since they can’t exactly wait millions of years to watch the progress of any one disk.

Studying the disks surrounding small T Tauri stars like the ones in this paper also offers a potential opportunity for understanding our own solar system’s past. “We cannot look at what the Solar System looked like four billion years ago,” he says. Those who study such things have two main methods for trying to understand what it would have looked like: either they can run simulations, or they can observe other solar systems that are still forming. Because unfortunately, time travel is off the table.