Could you qualify to be an astronaut?

It's not all glamour and spacewalks, but it is rewarding. 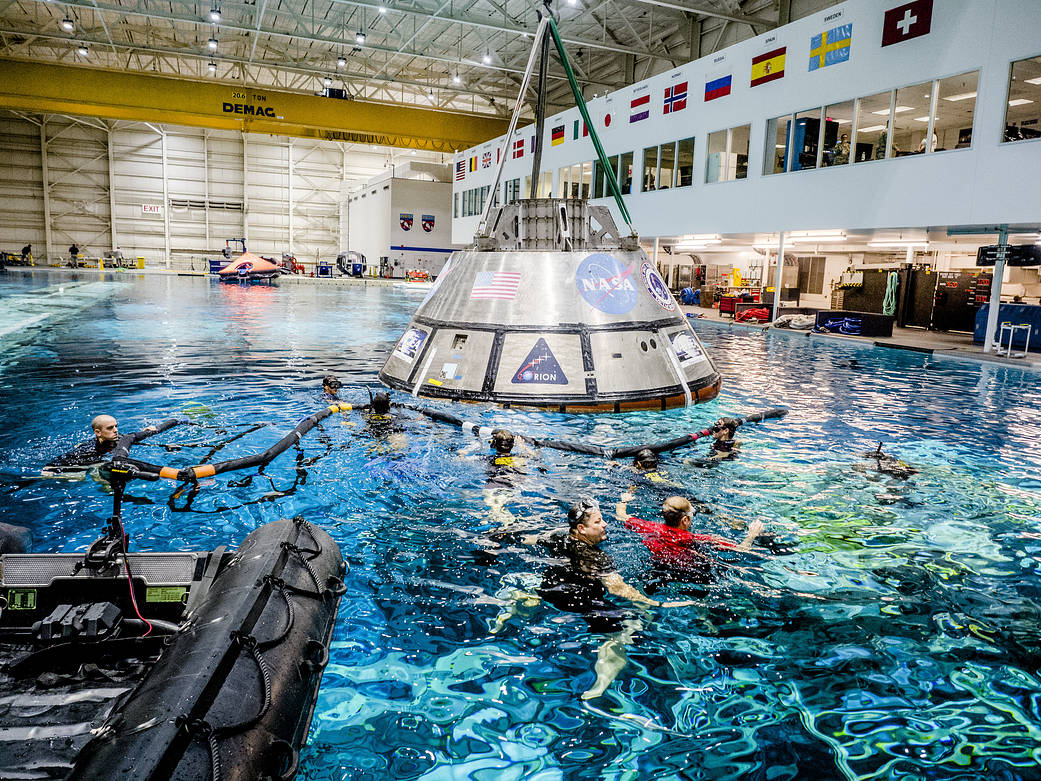 Becoming an astronaut isn’t for everyone. Robb Kulin recently became the first astronaut candidate in 50 years to drop out of NASA’s astronaut training program, and though it’s tempting to focus on the challenges and stresses he must have faced at NASA, former astronauts emphasize that this isn’t about one candidate who just couldn’t cut it.

“I don’t want to speculate about any specific astronaut,” says Chris Hadfield, a Canadian Air Force pilot and astronaut on three separate missions to space. “But it’s not like someone was taking a course and they just couldn’t hack it and they quit.”

Hadfield says this is exactly what the candidacy period is all about. It’s a time to evaluate whether this is something you truly want to do and where NASA has an opportunity to evaluate if you’re really the right person to do it. Being an astronaut isn’t just a job, he explains, it’s a life of service in a demanding field—it’s who you are. It’s relentless, and largely devoid of glamour, full of long hours and homework every night for decades. Naturally, he says, that’s simply not for everyone. And that’s why the candidacy period is important. “I think it’s a really healthy way to do business because it gives people a graceful way to change their mind. I think the process has worked exactly as it’s supposed to.”

“Robb was picked out of 18,500 people because he’s great,” says Cady Coleman, a chemist, U.S. Air Force officer, and a NASA astronaut on the Space Shuttle Columbia and the International Space Station. “I would imagine he’s making a good decision because that’s why we picked him.” The life of an astronaut simply isn’t something everyone wants. “I used to never be able to imagine why anyone would ever leave the agency or turn down the opportunity to fly, but there are different things that go into that decision,” she says. “You have a right to have a life as well, and not have people judge that.”

The Houston Chronicle broke the news of Kulin’s resignation on Monday. His resignation was confirmed by NASA, which said he would leave the program officially on Friday, August 31. NASA spokesperson Brandi Dean told the Associated Press that the Administration could not discuss the reasons for his departure without violating privacy laws.

For those who do want that life (or at least think they might want it), there are certainly plenty of challenges. It’s a long path replete with extensive, endless training and constant learning. Here’s roughly how it goes:

Things have improved since the early Mercury missions, when astronaut candidates were drawn exclusively from the military and subject to mind-bending tests. Though astronauts come from multiple backgrounds, there are some essential requirements that you simply have to meet.

Many astronauts come from academic backgrounds and earn advanced degrees—Master’s or PhDs—in their fields. Some have even been medical doctors on top of all that. Many come from a military background, having become pilots already.

Selection to become an Astronaut Candidate—or “AsCan” as they’re lovingly called—is competitive. The number of applications varies a lot per cycle (they don’t open every year), but thousands of people apply for what ends up being anywhere from one to two dozen candidates in a class.

Once you’re in, you have roughly two years of classes and homework all designed to prepare you for potentially going to space. You go through survival training. You learn how to operate a space suit. You go up in the Vomit Comet, the plane that flies parabolically to give you a few minutes of low-gravity experience. You learn Russian—a crucial skill given how many Russian astronauts you’re likely to share time with on the International Space Station.

“Physically you have to be in reasonable shape,” says Hadfield. “Somehow that gets exaggerated in the media though. The real question is how do you do mentally, and can you perform and function under very difficult, demanding scenarios. That’s the job.”

“In terms of the training, I would say that the space suit stuff is physically the hardest,” Coleman says. “But I also think there’s a lot to be gained in figuring out what you do well and what you don’t, because you still have to do them.” She notes that space suits were mostly designed a long time ago, which means they weren’t really intended for people of a smaller stature, which women tend to be on average. That made the basics of operating one harder for someone like her, and that meant preparing a lot mentally in advance so that when she was training in the suit she could focus on the physical demands rather than the mental side.

And then there’s the family side of things. The candidacy program is a long time to be mostly away from your loved ones. Coleman commuted between her home in Massachusetts and NASA’s Johnson Space Center in Texas for 24 years to maintain her job and her family. “There are things you struggle with,” she says, “But I really loved it.”

It’s also during this time that you work out, as Robb Kulin and every other candidate does, whether you really want to do this. “Even during the week of selection, as you go through panel interviews and medicals at Johnson Space Center, we stress heavily that you should go talk to everyone,” explains Hadfield. “Go talk to the other astronauts. Make sure you understand the actual nature of the work so that you’re not just starry-eyed.”

After roughly two years as an AsCan, you technically become an astronaut but there’s still no guarantee that you’ll get to space. Astronauts wait years to get assigned to a crew, during which time they continue learning new skills and training in difficult scenarios. “Even though you may have made it through the whole process,” Hadfield explains, “it isn’t until the engines shut off as they push you into orbit that you have any assurance at all that you’re going to fly into space.”

Some astronauts wait a decade or more to get assigned. Others move through the process more quickly. It’s all part of the continual preparation that goes into life as an astronaut. “It’s not glamorous,” says Hadfield. “It’s not how it’s represented in movies and comic books. On the flip side, though, it’s a fantastic job. It’s immensely alluring, it’s so incredibly challenging, and it’s new for the human species. There’s a great fascination and joy in the job.”

“I think a lot of us feel a great responsibility to live up to the privilege that we’ve been given,” says Coleman, “and I say that more in a proud way than in a pressure way.” You become part of something bigger, a mission that’s much greater than any one person. Everyone is giving up different things to be a part of that mission, she explains, but that doesn’t mean she wants people to look at astronauts as being far away from anything they themselves could do. “It’s easy to talk about how amazing we are,” she says, “but I do a lot of talking to women and young people and the last thing I want to do is have them think ‘this probably couldn’t be me’.”

But that’s not to say it’s not fun and surreal to really be there. “As a chemist, getting paid to fly, to learn survival techniques, having someone describe the space station systems as if you’re going to live there because you are, that’s amazing,” Coleman says. “I remember for the first few weeks we’d all look at each other on Fridays and say “we got paid to do this. I really do miss it.”