In the fall, Earth is tilted in just the right way to produce more northern lights. 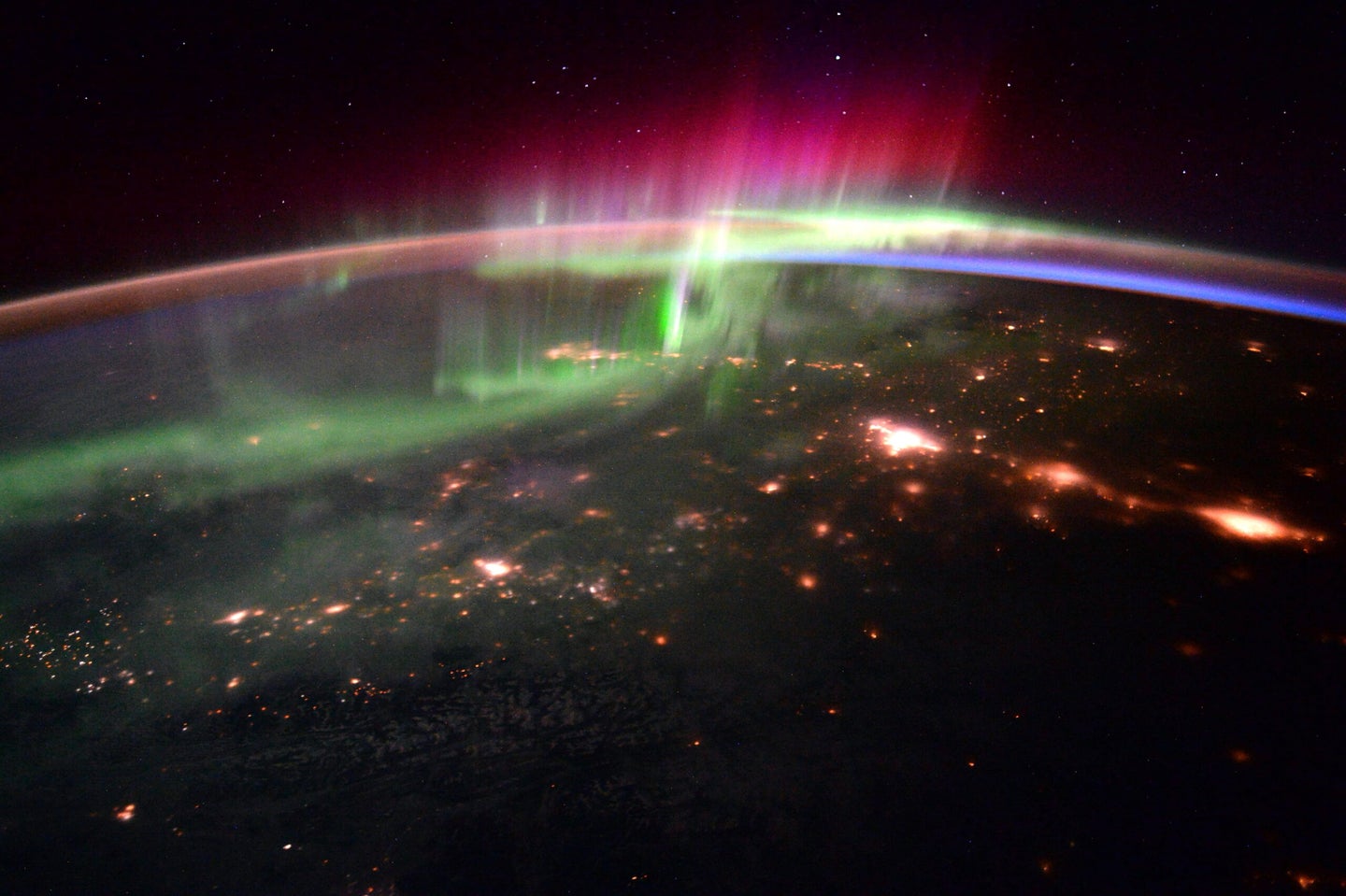 Auroras shimmer above the Pacific Northwest in images taken from the International Space Station in 2016. ESA/NASA
SHARE

The autumnal equinox is upon us, and vibrant falling leaves aren’t the only things returning to our skies. The aurora borealis, a.k.a. the northern lights, will begin to dazzle in high-latitude skies far more often. But why? Popular Science and UCLA space science professor Robert McPherron answer your questions.

What is the autumnal equinox?

What is an aurora? How does it happen?

While auroras light up the night sky with their brilliant greens and pinks, much more is happening behind the scenes. The aurora borealis and aurora australis, around the north and south poles, respectively, are caused by the sun’s continuous solar wind and solar storms, specifically coronal mass ejections, which are huge bursts of plasma. Through these ejections and via this wind, the sun sprays electrons into Earth’s magnetic field. There, these charged particles combine with the field and shoot into Earth’s atmosphere, following the path of the magnetic field towards the poles. As these particles collide with molecules in the atmosphere, they produce light.

[Related: We finally know what sparks the Northern Lights]

McPherron likens the process to switching off old television sets: “When you turn them on, if you had good hearing, you’d hear a very high pitched whine indicative of a very high frequency” caused by a beam of electrons. “And if you turned it off, you’d see a spot right in the center of the screen.” That glowing spot on the fluorescent screen results when a beam of electrons hits it from the inside. “And that’s exactly what the aurora is,” he says. “It is electrons coming down along a magnetic field line, and the screen is the atmosphere.”

Where do the colors come from?

As the electrons enter Earth’s atmosphere, they excite gases, namely oxygen and nitrogen. The oxygen and nitrogen molecules, flush with energy beyond their normal state, emit photons as they go back to their baseline levels, resulting in light. Oxygen emits green and red light, while nitrogen emits blue.

Why is auroral activity high around the equinox?

This answer is more complicated but involves two effects: the equinoctial effect and the Russel-McPherron effect–recognize the name? The first arises from Earth’s poles meeting the solar winds at a right angle, while in the latter, the solar winds are antiparallel to Earth’s magnetic field. Together, these two effects explain an increase in autumn auroral activity and make the weeks around the equinoxes the prime times to view auroras.

In other words, the tilt of Earth’s axes enhances “the strength of the solar wind magnetic field” that’s interacting with our planet, McPherron says.

How can I see an aurora?

First, you’ll likely need to travel north. Unless you’re in Flin Flon, Manitoba, Canada, in which case, according to McPherron, stay exactly where you are—that’s a prime spot to catch the northern lights. The best place to view an aurora is in the auroral zone, which is centered around 67º north of the equator, but the aurora borealis has been reported as far south as Hawaii during a time of significant solar flares in the 1800s.

In the US, the best states to view the northern lights include Alaska, Maine, and Minnesota, among others. Although solar activity that causes auroras occurs all day, the best way to see auroras with the naked eye is at night, McPherron says. Activity is most frequent around 11 p.m., but auroras can occur from dusk to dawn, he adds.

But no matter what, if you see an aurora, you are in for a treat. Watch for the sky to begin to brighten, ramping up over 15 to 20 minutes. “And then you’ll just see a burst poleward in all of this fantastic activity,” McPherron says.