Are all track lanes created equal when it comes to winning gold?

Data from past Olympics show that lane advantages aren't definite. 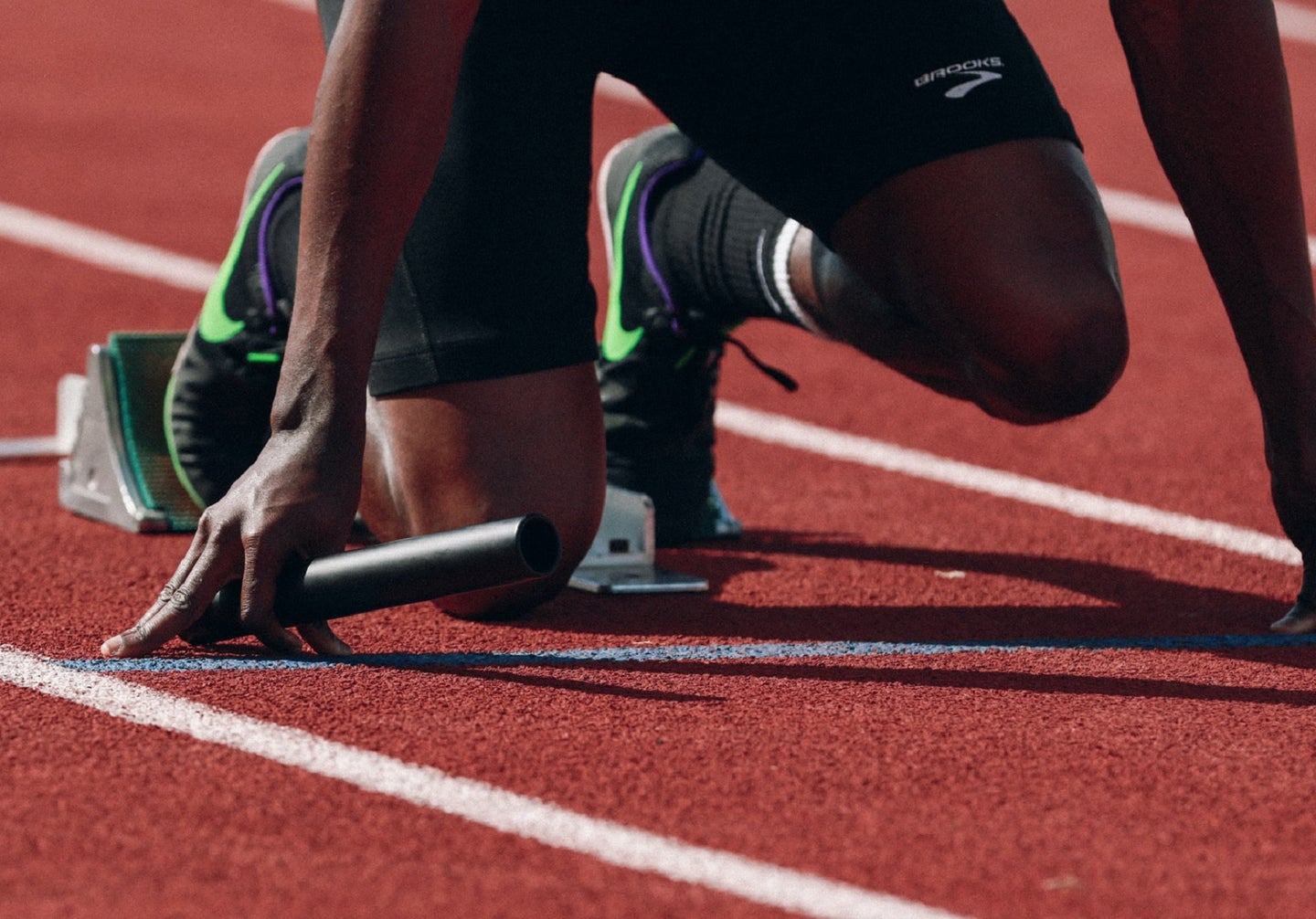 Athletes with the fastest times automatically get the middle lanes. Braden Collum/Unsplash
SHARE

David R. Munro is an assistant professor of Economics at Middlebury. This story originally featured on The Conversation.

As a short-distance track and field runner in high school and college, I often found myself wondering which of the eight or sometimes nine lanes on the track was the fastest. It was conventional wisdom that the middle lanes—lanes three through six—were the best.

This idea, in a way, is baked into the rules of track and field. In events with multiple heats—from the college level all the way to the Olympics—the people who run faster times in earlier heats are assigned to middle lanes in later heats. In other words, the fastest runners are rewarded with what are, supposedly, better lane assignments.

My short-lived track career is long behind me, but in my professional life as an economist, I think a great deal about using statistics to extract meaning from data. With the Olympics on my mind, I decided to examine the validity of lane assignment folklore from my days as a sprinter.

Using 20 years of track and field data from the International Association of Athletics Federations, I found that the long-held beliefs about lane advantages are not supported by the data. And in fact, for the 200-meter sprint, the evidence suggests that lanes often perceived as the least desirable are actually the fastest.

Myth of the middle lane

If lane assignments do matter, their impact would be most noticeable for events where the runners have to stay in their lanes for all of, or at least a large part of, the race, like 100-meter, 200-meter, 400-meter, and 800-meter events.

In my experience, the myth of the middle lane being the fastest is most commonly associated with fast-paced races that also include corners, so the 200 and 400. There are two rationales behind this point of view, and they have to do with why the inside and outside lanes are bad, more than why middle lanes are better.

The reasoning for why inside lanes are bad is that in races with turns, the inside lanes are slower because the corners are too tight. Indeed, researchers who study the biomechanics of running find that tighter corners do slow runners down.

The rationale behind slow outside lanes has to do with the staggered starts required to make sure each racer runs the same distance. Due to this staggering, runners in the outside lanes cannot see their competitors for the majority of the race. The thinking goes that outside runners may have less motivation to chase competitors or have difficulty gauging their speed compared to the pack if they can’t see other racers.

Not all lanes are the same

Similar to the idea behind clinical trials for a drug, the ideal way to test lane advantages would be to randomly assign runners to lanes and see how they do on average. Thankfully, there is a subset of race data that does this: Typically, runners are randomly assigned to lanes in the first heats of events. By using data only from first heats of elite track and field events, I was able eliminate the bias from faster runners being assigned to certain lanes.

Using roughly 8,000 individual race results, I found that the “middle is best” belief is not well supported by the data.

For the 100—which is run on a straightaway—I found no evidence of lane advantages. The myth is less prevalent here, though, so this lack of difference isn’t surprising.

The most striking counterpoint to the “middle is best” assumption is the 200. I found that it is in fact outside lanes that are associated with faster race times—on average lane eight is roughly 0.2 seconds faster than lane two. This is sizable for a race in which the world record is 19.19 seconds. Faster outside lanes make sense biomechanically as tighter corners produce slower race times. But the result seems to disprove the idea that not seeing competitors can slow a runner down.

In the 400, I found no evidence that middle lanes are fastest. All lanes seem to be roughly equal. It is worth noting that there is more variability in 400-meter times, so it is harder to detect small effects, if they exist. But even this nondifference between lanes in the 400 is striking.

In the 2016 Olympics, people marveled when Wayde Van Niekerk won the 400 final from lane eight, the farthest outside lane. The astonishment stemmed from the belief that lane eight puts runners at a disadvantage. The data doesn’t support this. But what is impressive about Van Niekerk’s win is that he was one of the slower runners to qualify for the final—that’s why he was assigned to one of the “least desirable” lanes.

The last event I looked at, the 800, is distinct from the other events above. It has what is called a “lane break,” which is where runners must remain in their assigned lanes for the first 100 meters but are then free to run in any lane they wish. Since the inside lane of a track covers the shortest distance, runners in outside lanes move inward after the break. As they do this, they may have to run a tiny bit farther than their competitors and jockey for position with runners who are already in the inside lanes. I found that racers who start at the very inside lanes ran the fastest times. While outside lanes might have a small advantage over the first 100 meters, runners who have an established position on the inside of the track seem to have an overall advantage.

Next time you’re watching any of the shorter track and field events at the Olympics, listen to see if anyone repeats the old adage that the middle lanes are fastest. The data says this isn’t true, so if someone in the outside lanes takes a surprise gold, you’ll know to be surprised not because of their lane assignment, but because they were a slow qualifier.