Unraveling the mysterious electrical currents of the aurora borealis 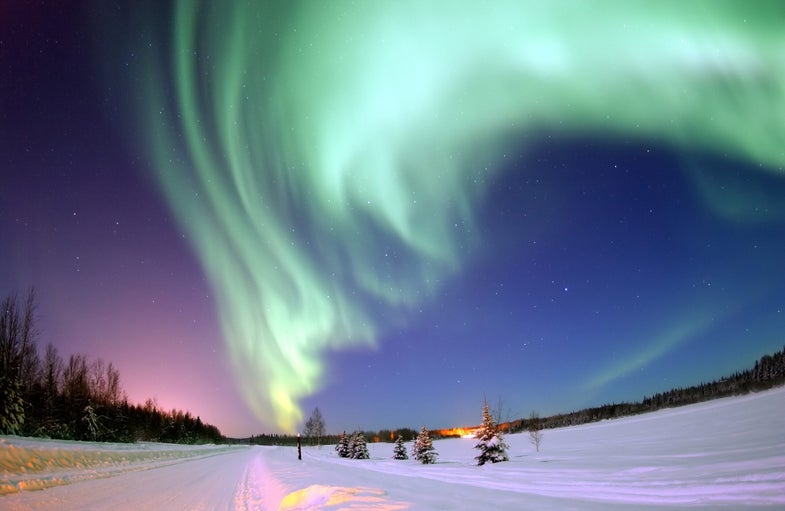 EIELSON AIR FORCE BASE, Alaska -- The Aurora Borealis, or Northern Lights, shines above Bear Lake here Jan. 18. The lights are the result of solar particles colliding with gases in Earth's atmosphere. Early Eskimos and Indians believed different legends about the Northern Lights, such as they were the souls of animals dancing in the sky or the souls of fallen enemies trying to rise again. (U.S. Air Force photo by Senior Airman Joshua Strang). SrA Joshua Strang
SHARE

The lights of the aurora borealis are often described as “dancing,” since they fluctuate in shape and brightness. Inside, the charged particles that generate the aurora dance too, and scientists are still trying to figure out exactly how that movement is structured.

“Is the light dancing around in a pattern that’s different from the electrical currents?” asks Charles Swenson, a space weather researcher at Utah State University in Logan. “The visible aurora is very dynamic, and beautiful—you can see changes that happen in fractions of seconds, and in a few minutes it can explode across the sky or disappear. We think the underlying voltages and currents, the ‘invisible aurora,’ are equally dynamic, but we do not know.”

Swenson is the lead scientist on the Auroral Spatial Structures Probe (ASSP)—one of five suborbital rockets that are being launched into an active aurora over the next few weeks. The researchers behind ASSP hope the project will help them gain a clearer understanding of how solar radiation, weather, and the Earth’s magnetosphere mix together to influence climate and global communications.

“Is the light dancing around in a pattern that’s different from the electrical currents?”

The aurora borealis, or Northern Lights, are caused when charged particles from the sun crash into oxygen and nitrogen molecules in the Earth’s atmosphere. The energy from the solar particles excites the molecules, making them give off colored light. (Earth’s magnetic field drags the solar particles to the magnetic north and south poles, which is why auroras are typically only seen near those areas.)

NASA has been cruising rockets through auroras for 30 years or so, and those missions have raised a fundamental question, says Swenson. As the rockets fly through the aurora in a straight line, the instruments record rapidly changing voltages and currents, but scientists aren’t sure whether those changes are occurring across space or time, or both.

It’s a question that can’t be answered by taking just one measurement. Ideally, scientists would send up a bunch of instruments that could hover, stationary, inside the aurora, to measure its changes over time. But since anti-gravity technology has yet to be invented, researchers have had to get creative. That’s where ASSP comes in. 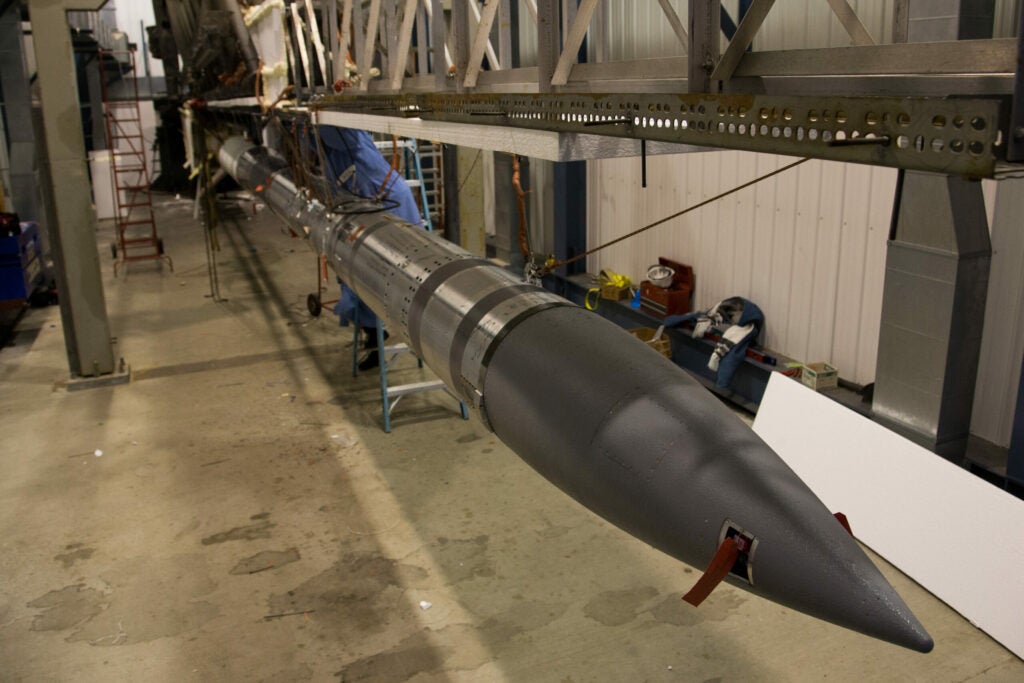 The four stage Auroral Spatial Structures Probe rocket mounted on the launch rail, under cover from the harsh Alaskan weather in a moveable building.

Sometime between now and January 27, when the weather is right both on Earth and in space, ASSP will launch on a 70-foot, 11,000-pound rocket from the Poker Flat Research Range in Alaska .

ASSP will fly through the Northern Lights collecting data for about 10 minutes before splashing down in the Arctic Ocean. While it’s airborne, the rocket will fire off six coffee can-sized payloads using an air cannon (or as the team likes to call it, a ‘pumpkin chunker’). The payloads will jettison out at a velocity of up to 131 feet per second, and as they fall to the ground, they will constantly record the electric field, magnetic field, and ion density in the surrounding environment.

It could also turn out to be a bit of both, says Swenson. “When we break the data down, we might find that the smallest structures are all temporal and that larger structures are mostly spatial, at least on the scales that we are measuring.”

While that question primarily benefits scientists who want to accurately model the aurora, the mission is also looking at how the aurora affects heat distribution in the atmosphere, which can affect satellite communications.

When electrons stream through Earth’s magnetosphere, the resistance of the atmosphere generates heat. The heat expands the gases, which can increase drag on satellites in low Earth orbit by 1,000 percent or more, potentially knocking them off their trajectory. By measuring the temperatures and currents of the aurora, ASSP data can help predict when and where the solar particles will heat the atmosphere. That, in turn, makes it easier to predict a satellite’s orbit, which is helpful for companies (and defense departments) that sometimes need a satellite to be in a specific place at a specific time.

Other aurora-exploring experiments launching within the next few weeks will help to elucidate how solar storms contribute to ozone depletion, and how the atmosphere mixes within the aurora.