UFO conspiracies can be more dangerous than you think 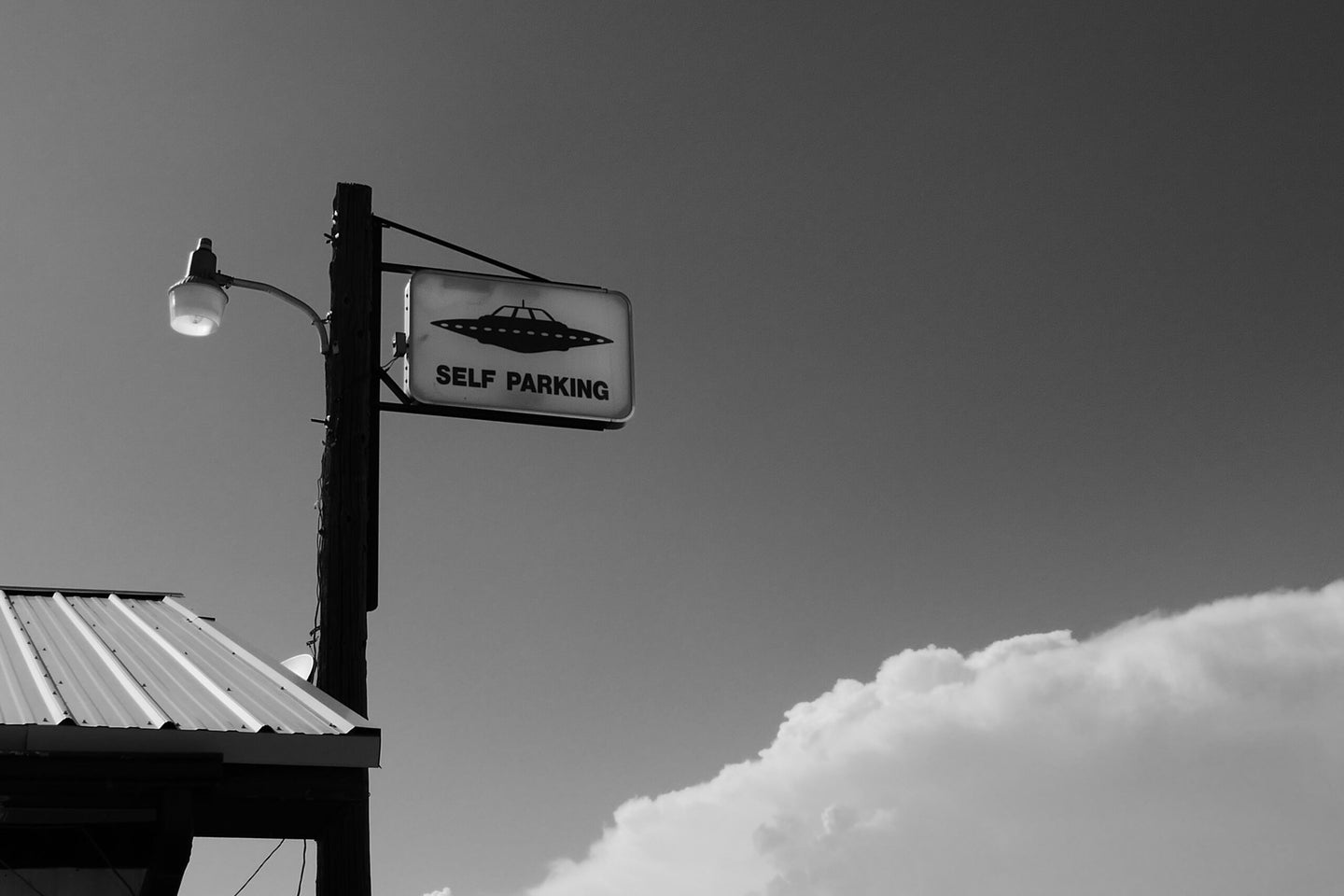 Ufology’s old guard came of age with relatively offline lives, gathering at conferences or local research meetings. They often dug the procedural nature of investigating specific UFO cases, or looked into the sociology of things—captured by the human side of the story—as opposed to simply the sightings themselves. Then, of course, there was the more passively interested public, who once had to dig more for information.

“A joke I’ve heard is you’re talking to an old UFO-head who’s 40 or 50, and he says, ‘When I wanted to get conspiracy documentaries, I had to go find a weird guy in a trenchcoat in Times Square selling DVDs,’” says Chris Cogswell, co-host of the Mad Scientist Podcast, a show examining the science, philosophy, and history of weird claims. “Now I just go to the History Channel.”

If you want slightly less conspiratorial UFO material, lately, you can also open the New York Times, the New Yorker, the Washington Post, NBC, CBS, and even, yes, Popular Science. The idea that “UFOs are real”—and that aliens have come to Earth, or at least that someone more down-to-Earth possesses mind-blowing tech—has gone fully normie. That’s thanks in part to governmental interest in “UAP,” or unidentified aerial phenomena. It’s also thanks to coverage of said governmental interest, and leaked military reports of reports, videos, and images, all of which often find themselves in the hands of UFO-minded media, only to bubble up into more mainstream publications.

Most people’s interest remains casual. But underneath, there exists a harder-core segment, whose thoughts and actions around the topic include the troubling elements of other conspiracy communities.

UFO belief may seem like the “fun” conspiracy. Who doesn’t, after all, like to contemplate aliens, or secret advanced technology? But knock-on effects nevertheless exist. “I think it’s very difficult to imagine that UFOs are a reality without also thinking there is a conspiracy to cover them up,” says Mick West, an author and skeptic who runs the forum Metabunk. “If you believe anything extreme that involves a government coverup, it makes it easy to believe the government stole the election or is covering up a vaccine.”

[Related: 10 ways to prove to yourself the Earth is not flat.]

At the same time, though, UFOs represent a special sort of conspiracy, because most Americans grow up with a common narrative. If you haven’t seen the X-Files, you’ve seen E.T. If you haven’t seen E.T., you’ve listened to your friend’s story about that weird light she saw. “Lots of conspiracy theories, you get redpilled into. You’re waking up into a world you didn’t know existed,” says West, referring to the red pill in The Matrix that shows Neo the true nature of reality. “But everybody grows up knowing about UFOs and the ideas of flying saucers. The redpilling doesn’t require very much.” It’s more like a pink pill, he quips.

For a lot of people, that pink pill is a personal experience. “It’s them being on a dark country road and seeing a black triangle,” says West. That personal connection, West believes, is part of why UFO conspiracists can be so intense. Compared to even 9/11 truthers, UFO folks are “the most passionate people out there.”

But the revelations digitally riled the existing younger crowd and recruited more to its ranks.

“The younger generation, at least a part of it, I think wanted to see action and wanted to do something,” says Cogswell, a consultant with a PhD in chemical engineering, in addition to a podcaster who’s been observing and participating in UFO research for years, through a skeptical lens. They took the initial Pentagon revelation as “almost a call to action.”

They could agitate online for mainstream attention, political action, and the ever-elusive disclosure: the idea that the government will someday dump its knowledge onto the public. When Cogswell first got internet-interested, around the turn of this century, UFO talk was a message-board phenomenon. Today, the /r/UFOs subreddit has 437,000 followers. But chatter also spreads through other social media, where enthusiasts gather using hashtags like #UFOtwitter (around 2,500 tweets per day in June), and in group DMs, Discord servers, and Facebook groups. The most popular videos of a YouTuber formerly known as UFO Jesus, whose channel is now called “Post Disclosure World,” have been viewed between 100,000 and 200,000 times; the #1 is called “Aliens Warn Government: Disclose Truth About UFOs OR ELSE!”

Among some within that hyperconnected crowd, interest coalesced largely around this military program; its reported director, a man named Luis Elizondo; reports and videos from Navy servicemembers; and a private UFO-advocacy company called To the Stars Academy, founded by former blink-182 member Tom DeLonge and boasting employees like Elizondo himself. Elizondo has since left the organization, but has continued to spread the gospel as public and political interest in UFOs has grown. That interest culminated last month, in a report from the Office of the Director of National Intelligence, analyzing 144 cases of military-sighted UAP.

“UFOs have gone from being just a hobby or something you’re interested in to your entire identity,” says Cogswell of a slice of the ufology community. And it’s a group identity, in which they’re allied with those who see the world the same way: as a place regularly visited by amazing unidentified somethings, about which powerful people are hiding information. They believe they have the power to help bring the truth to light, in lockstep with a hero—like Elizondo—they can rally around. “They also, on top of that, have the idea of persecution,” says Cogswell. “Scientists are out to get them. The government is lying to you.”

In this universe, you are, says Cogswell, “showered with love,” when you adhere to the right beliefs, “and then showered with hate when you go against the group,” reinforcing a common and conformist view of all-things-saucer. Nothing ever bonded anyone better than being covalently downtrodden.

[Related: Meet the flat-Earthers of the modern era.]

For West, the unwillingness to truly consider other perspectives is troubling. “Any argument that you put forward, they see as either being wrong or misguided or a deliberate attempt for misinformation,” he says.

That dogmatism worries Cogswell. “The language has taken on a more active, more combative feel and role,” he says. “The rhetoric, it’s not so much militarization as it is activation. ‘These are operations, ‘you need to fight for disclosure,’ ‘we need to all act together.’”

Filmmaker Jeremy Corbell, often the recipient of the aforementioned leaked military footage and photos, touts the tagline “Weaponize your curiosity,” and recently said, quoting a song lyric, “I ain’t stopping on UFOs till the bodies hit the floor.” People took that (and UFO fans take him) with varying degrees of seriousness, and little literality, but still.

And then there’s this statement from Elizondo himself, speaking about his efforts to extricate UFO information from government vaults. “The only way this is gonna stop is, like I said before, if someone puts a bullet in my head,” he said in a recent interview “…I’ll be damned if I’m going to sit back and let a bunch of bureaucrats, you know, abscond with that responsibility to be fair and transparent with it with the American people. …Don’t sit back and wait around and let them tell us, ‘Oh, here’s what you can have.’ Bullshit, man. That’s not the way this works.”

Soon after, Elizondo clarified, “In case, anybody misunderstands anything I’m saying here, at no time do I ever advocate violence.”

West says he doesn’t see such a significant linguistic shift amongst believers, but he does note the militaristic nature of today’s UAP interest—a threat narrative about how unidentified incursions into airspace are a national security issue, a potential danger to service members and to the country that must be understood and countered. You, on Twitter, are helping people stay safe. With those stakes, how could you not dedicate your time to the cause? “The ‘threat narrative’ is a deliberate way of framing UFOs so they will be taken seriously,” says West.

If you’re not in the in-group, you might wonder why you should care if some people are a little fanatic about UFOs. Let them have it, right? It’s just flying saucers, or, in this case, Tic Tacs.

But real-world experience suggests that entrenchment in conspiracy theories is associated, in some cases, with violent or illegal behavior. Some research points the same direction. A 2020 study in Social Psychological and Personality Science, which suggested that embracing a conspiratorial worldview decreases reported intent to engage in “normative” political behaviors like signing petitions or organizing rallies, but increases reported intent to engage in “non-normative” political behaviors like attacking people or property.

[Related: Why the sky seems to be filled with UFOs.]

Scholars often study the individual factors that lead people down those rabbit holes. But West, whose book Escaping the Rabbit Hole discusses how to compassionately and effectively talk to the conspiracists in your life, thinks a red-pill moment—like seeing an odd blip in the sky, or watching a sensational YouTube video—outweighs any psychological predisposition. And Shruti Phadke, a researcher at the University of Washington, recently took a look at another understudied side of the issue, comparing the importance of the social factors that lead someone down the rabbit hole to the more-studied individual factors. How does someone start with “NASA could be corrupt” and end up at “the Moon landing was fake”? “So many things have to happen for a person to go from here to there,” Phadke says.

Her team analyzed data from reddit, in conspiratorial communities ranging from those dedicated to chemtrails to climate skepticism to alien presence on Earth. “The most important factor is availability of conspiracists in their social circle,” says Phadke. The second most important factor was that the future conspiracists, prior to hopping down the rabbit hole, got moderated or downvoted in the non-conspiratorial subreddits. “When you are ostracized from somewhere you try to find a place where you’re accepted more,” she says. You find /r/conspiracy, or /r/reptiliandude.

You can see this at work in real-time, embodied in the sleek surfaces of UFOs. Is there a way, though, to digest news on the topic, but remain outside the conspiratorial fray? Cogswell has one piece of advice: “If someone tells you they have a UFO secret,” he says, “they’re lying.”