Can we brew our own beer on Mars?

A group of scientists wanted to know if we can grow the ingredients of beer on Martian soil. 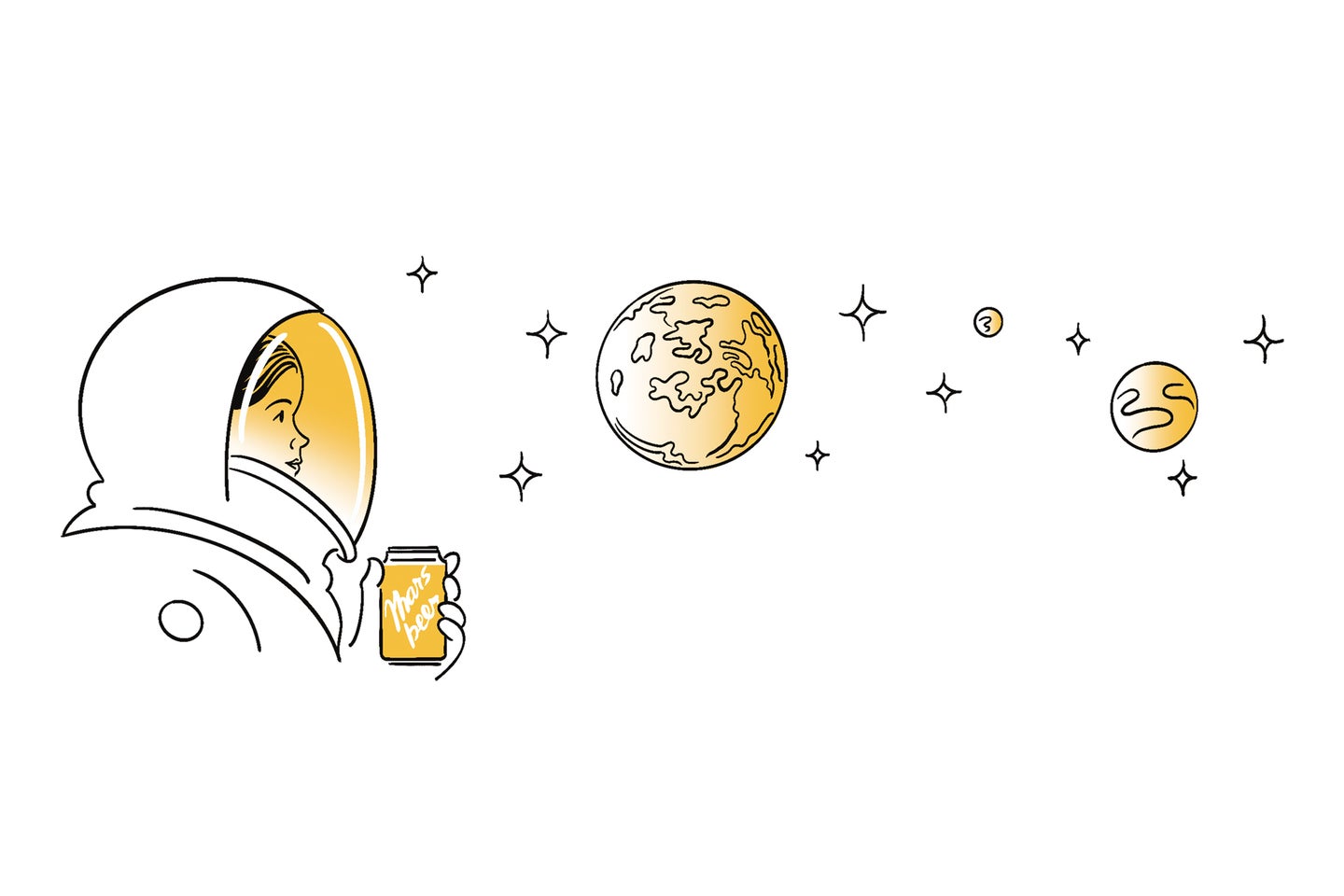 Happy hour on the red planet may not be as far away as you might think. Masha Krasnova-Shavaeva
SHARE

Kellie Gerardi is a bioastronautics researcher at the International Institute for Astronautical Science. This is her story from the field as told to Sandra Gutierrez G.

In 2014, I joined a team of six other scientists at the Mars Desert Research Station, a Utah-based lab designed to mimic the conditions humans would experience on our nearby orb. One of our missions was to test how well sorghum and hops—two main ingredients in beer—might survive in Martian soil. After all, what’s life on the Red Planet if you can’t enjoy it?

We planted two sets of crops, one in regular soil and another in a NASA-made compound that mocks Mars’ dirt at a chemical level. The seeds sprouted and thrived in both systems, and the sorghum ones germinated two days earlier in the faux red clay.

[Related: Read about how the red planet died billions of years ago, and its guts are still spilling into space]

Despite these promising results, we can’t say with certainty that we’d have similar success if we tried to take root off-world. Our experimental dirt is a close dupe, but it’s not the real thing. In particular, the mixture doesn’t contain perchlorates, toxic compounds that are present in all Martian soil. This is why I’m excited about the new Perseverance rover, which is set to reach the Red Planet in February 2021. The robot will extract samples that NASA plans to pick up and bring home on future missions. Analyzing that authentic grit could help us figure out once and for all if happy hour on Mars can be as enjoyable as it is on our home planet.