Zooming in on our odds of finding a hospitable planet. 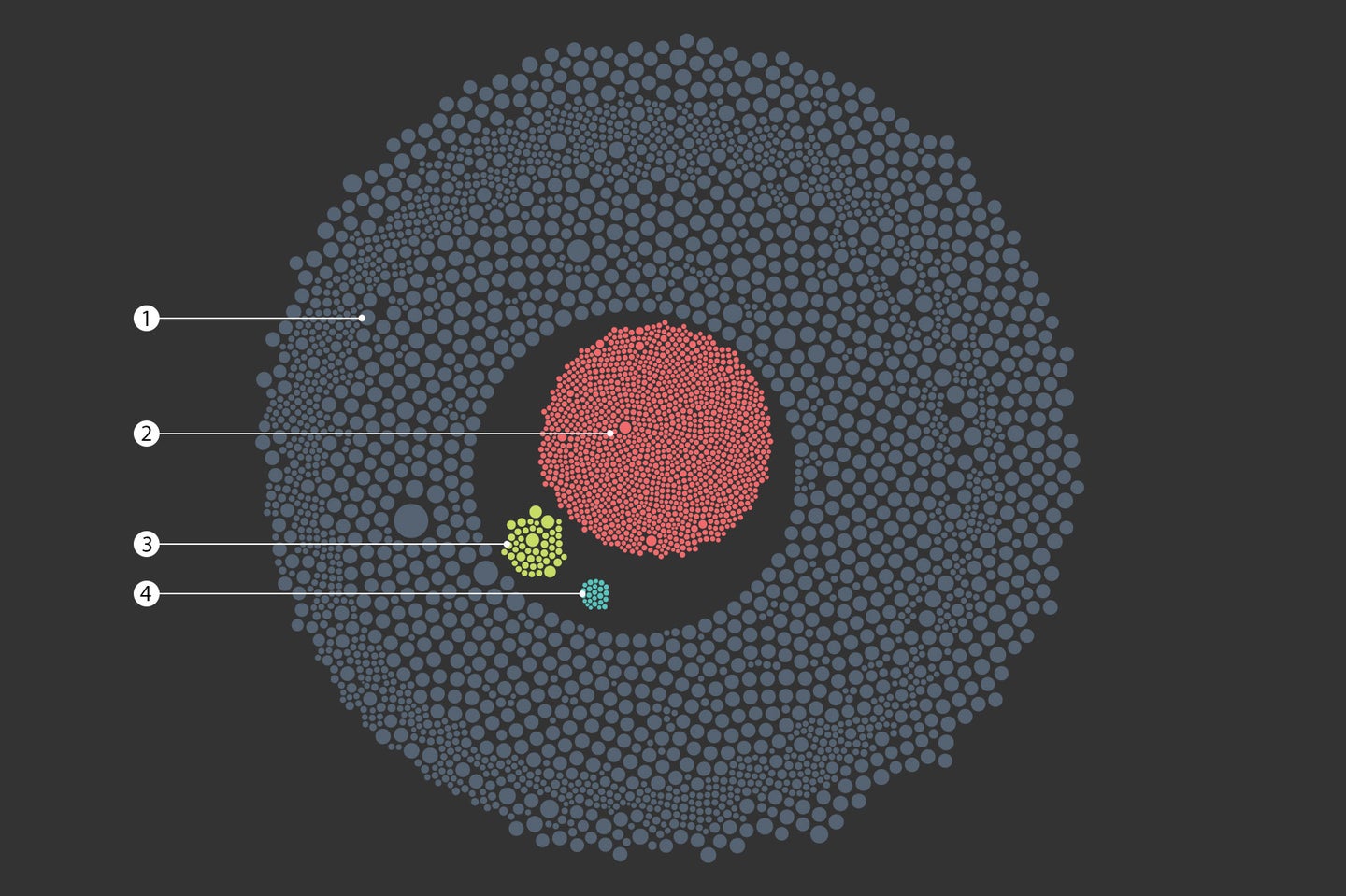 Astronomers’ cups have runneth over with alien worlds since NASA launched its (now retired) ­exoplanet-​­hunting ­Kepler space telescope in 2009. But sussing out which orbiting rocks could support life as we know it isn’t an exact science; our current deep-space-searching technology can’t peer closely enough to determine surface and atmospheric compositions on faraway places. Here’s what experts have managed to work out so far.

1. Confirmed planets
Orbiting bodies dim starlight as they pass in front of their respective suns, which makes the fireballs appear to flicker out at regular intervals from our perspective. Astronomers think they’ve already spotted potentially telltale winks from more than 8,000 planets but have confirmed the existence of only around half that number.

2. Rocky planets
Mass really does matter. Rocks much smaller than ours lack the gravity to hold an atmosphere, so liquid surface water won’t stick around. Anything twice our size or larger is likely to gather dust, gas, and ice, creating a barren world like Jupiter or Neptune. Orbs 0.8 to 1.5 times Earth’s radius can be both rocky and wet, and we’ve found around 1,000 of them.

3. Habitable-zone planets
Life is a Goldilocks game; too close to the sun and you roast, too far and you freeze. A few dozen worlds seem to spin in an orbit that’s just right. They could receive anywhere from half to double the radiation that hammers Earth and still harbor life, but factors like how often host stars spit plasma flares could eliminate many contenders.

4. Earth-like planets
Headlines oft herald worlds as “Earth-like,” and a couple dozen could be. But we can’t yet tell whether bodies in other star systems share crucial atmospheric similarities with our home. The closest of our planetary twins is Proxima Centauri b, roughly 4 light-years away. Current probes and scopes can’t gather the intel we need at that distance—yet.

fall 2019
infographic
life from above
out there
planets