Two Faraway Planets May Have Atmospheres That Can Support Life 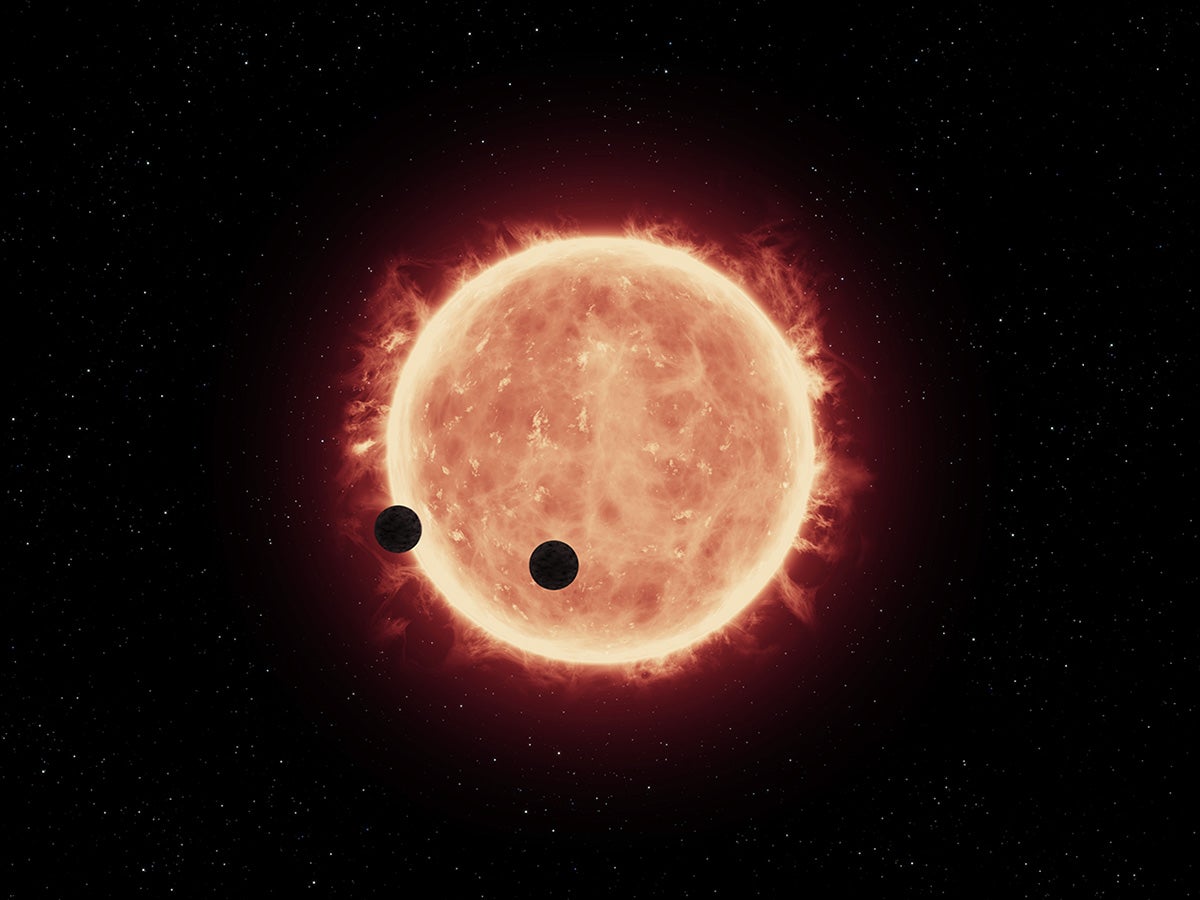 Two planets in the constellation of Aquarius may have atmospheres that could support life. After using the Hubble Space Telescope to spy on the planets, astronomers have concluded that these worlds don’t have the inhospitable atmosphere of most gas planets.

The two planets, TRAPPIST-1b and TRAPPIST-1c, are about 40 light-years from Earth. They orbit a red dwarf star, possibly within its habitable zone. They’re also the first Earth-sized worlds to crop up in a survey of more than 1,000 nearby red dwarf stars.

“These Earth-sized planets are the first worlds that astronomers can study in detail with current and planned telescopes to determine whether they are suitable for life,” said MIT’s Julien de Wit in a statement. De Wit and his team published the findings July 20 in the journal Nature.

On May 4, both TRAPPIST-1b and TRAPPIST-1c crossed in front of their sun within minutes of each other, allowing astronomers to observe how the star’s light passed through their atmospheres. The atmospheres of these planets probably aren’t dominated by hydrogen and helium, the team concluded. This kind of atmosphere would be hostile to potential life. Future investigations of these and other worlds will search for molecules important for life, such as carbon dioxide or water vapor, and measure what the temperature and pressure are like on the surface.