The Math: What Life On Kepler-62e Would Be Like

It's just like living on Earth, only you weigh 90 pounds more! 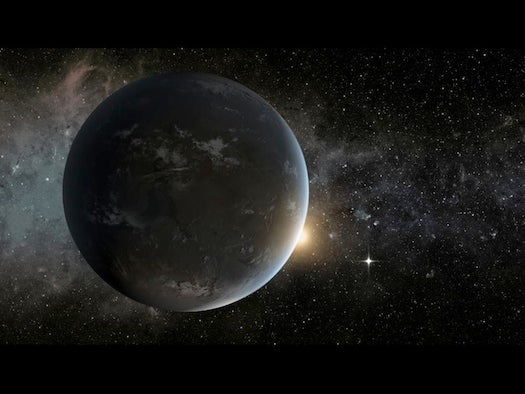 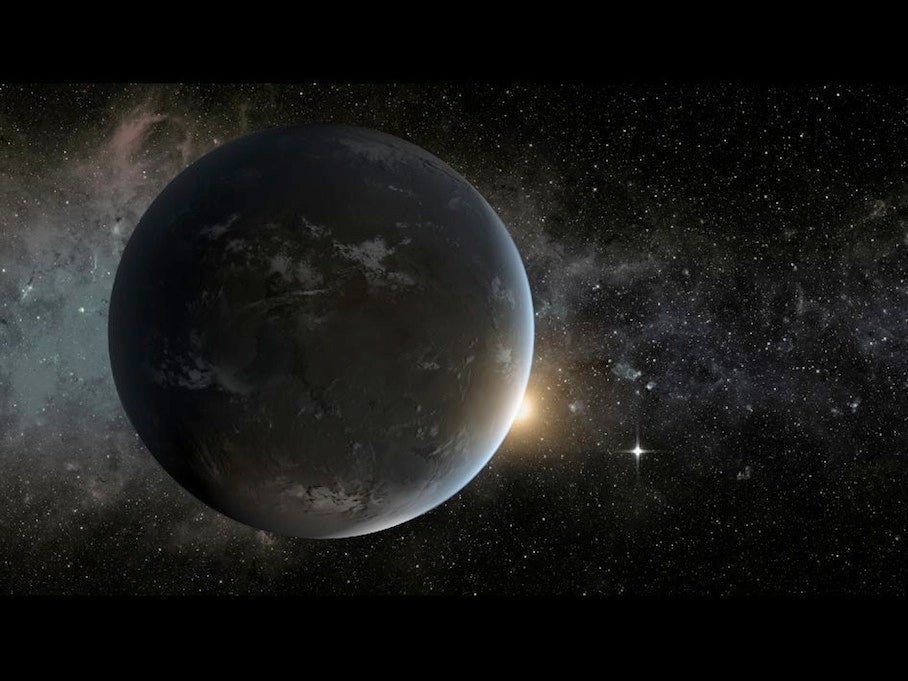 An artist’s rendering of Kepler-62f

Scientists recently located two exoplanets orbiting in the Kepler-62 star system 1,200 light years from Earth. Though much further away than other exoplanets possibly conducive to life—Gliese 581g is only 20 light years from us–Kepler-62e and Kepler-62f are the smallest exoplanets the Kepler Mission has detected in their star’s “goldilocks zone.” And for habitability, size matters. Kepler-62e, in particular, has a radius only 60 percent larger than Earth’s, meaning that if it is a rocky planet like Earth it might have a similar mass. With a similar mass (meaning similar gravity) and an atmosphere, Kepler-62e could have life as we know it. In fact, Kepler-62e now tops the charts for potential habitable exoplanets. 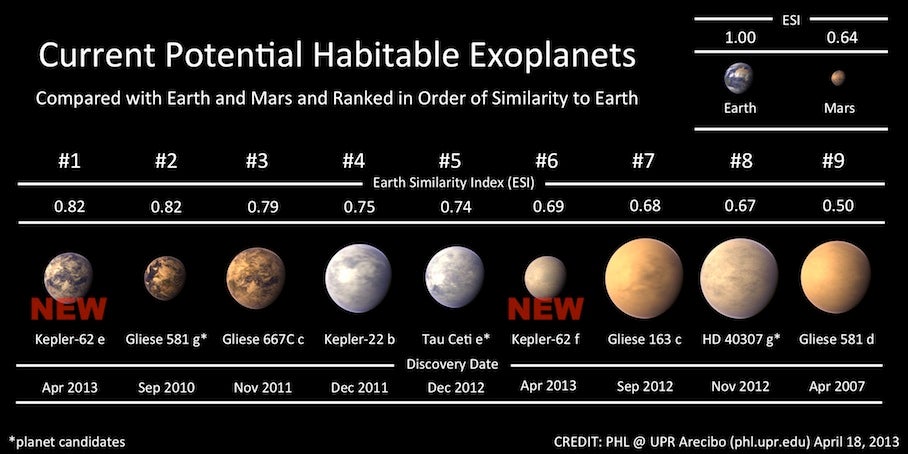 Because of its promising position in the star system, Kepler-62e is a prime candidate for our continuing search for life. Something amazing could be living its deserts or oceans. But could you? What would a day be like for an Earthling on Kepler-62e?

Estimated minimum mass (based on a rocky composition): 4 times that of Earth’s

Number of birthdays a child born on Kepler-62e would have every five Earth years: 15

Percentage you’d have to add to your road trips to cover a proportional distance on Earth: 61 percent

Amount of G-force equivalent to prepare for: 1.5-14Gs

Ways to prepare:
•Ride a seriously scary roller coaster
•Take off in a Saturn V rocket
•Cover 0.25 miles over 4.4 seconds in a drag racer.
•Slam on the brakes in a Formula One car.
•Set the world record for speed in Olympic luge.
•Pull out of a dive in a F-16.
•Explosively eject from your seat in a fighter jet.

Amount of weight the average person can expect gravity to add: Between 90 pounds and two full-grown dairy cows

Kyle Hill is a science writer who specializes in finding the secret science in your favorite fandom. Hill also contributes to Scientific American, Wired, Nature Education, and io9. He writes daily at his Science-Based Life blog, and you can follow him on Twitter under @Sci_Phile.