Female fairy wrens teach bird embryos a special note. They can also pass on bird memes to their young. 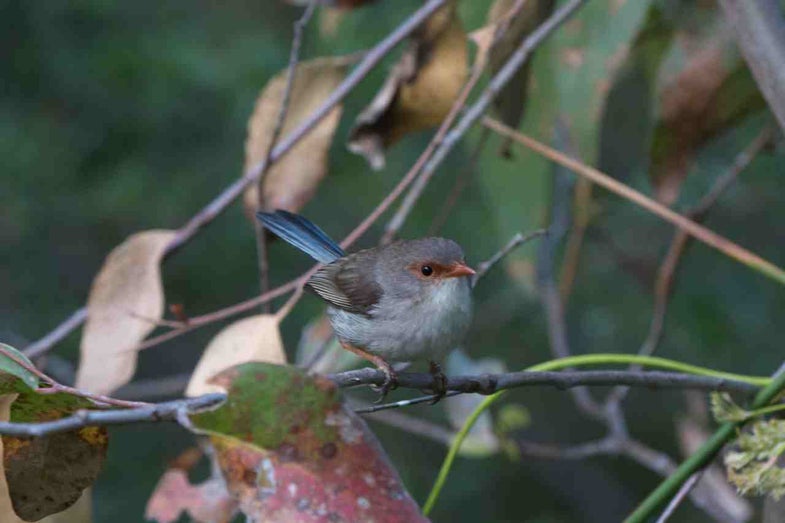 In an interesting example of prenatal learning, a species of tiny Australian songbirds teach their embryonic young a special password, which the baby birds must chirp in order to get food after they’re born. The password is a single unique note the mother wren teaches them from outside the egg, according to biologists.

The nestlings incorporate the note into their begging calls, and the mother recognizes the tone as her own: Password accepted. If the mother wren doesn’t recognize it, the parents abandon the nest.

This is an evolutionary adaptation to survive brood parasites, which in the case of the fairy wren are Australian cuckoos. Cuckoos and other brood parasitic birds lay their eggs in another bird’s nest, pawning off parenting onto an unsuspecting mother. The cuckoo often removes the real mother’s eggs so she raises the cuckoos as her own. Recognizing a special password would prevent this–or at least prevent the wren from doing all the hard work of parenting someone else’s offspring. Just to be safe, females also teach the password to their mates and any helper birds. In case any parasitic cuckoos might be listening, the wrens sing their passwords somewhere away from the nest.

Sonia Kleindorfer of Flinders University in Australia stumbled onto this when they noticed some odd behavior amid bird call studies. They noticed superb fairy wren mothers (a species variant) were calling to their unhatched eggs, and they heard that wren nestling’s begging calls were different from one nest to another. They eventually realized the unique element in each mother’s incubation call, which you can hear here, was the basis of her hatchling’s begging call. A password!

Kleindorfer and colleagues baby-swapped some clutches, and noticed the hatched birds produced the same calls as their foster mothers, not their biological mothers, which shows this is a learned behavior. They also put speakers under wren nests and played the wrong password, and watched the parents decline to feed their nestlings.

Kleindorfer said in a statement this shows that mothers can pass on more than just genes–they can pass on memes. The paper appears in the new issue of Current Biology.