This Bug Has More Legs Than Anything Else

The "leggiest" creature on the planet was thought to be extinct, but a researcher just re-discovered it. It hasn't lost its creepiness, nor its 750 limbs. 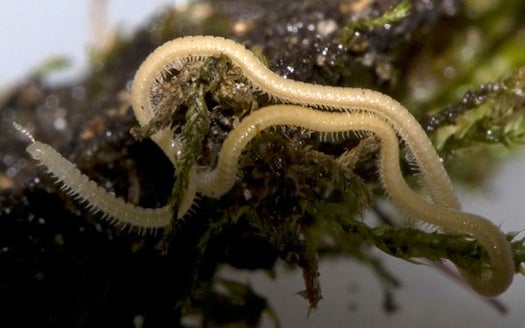 Illacme plenipes, the “leggiest” (most-legged? legfullest?) animal in the world, hasn’t been seen since 1928, when government scientists first spotted it. But it and its 750 legs were found again near Silicon Valley a few years ago, and it’s now being described for the first time in the journal ZooKeys.

A team led by entomologist Paul Marek started collecting the creatures on a an expedition in 2005 and over the next three years found 17 specimens (12,750 legs maximum). At just 3 centimeters long, it’s not especially threatening–although it does have claws at the end of those legs. And 750 limbs is on the high-end: females have up to that many, while males have more than 550.