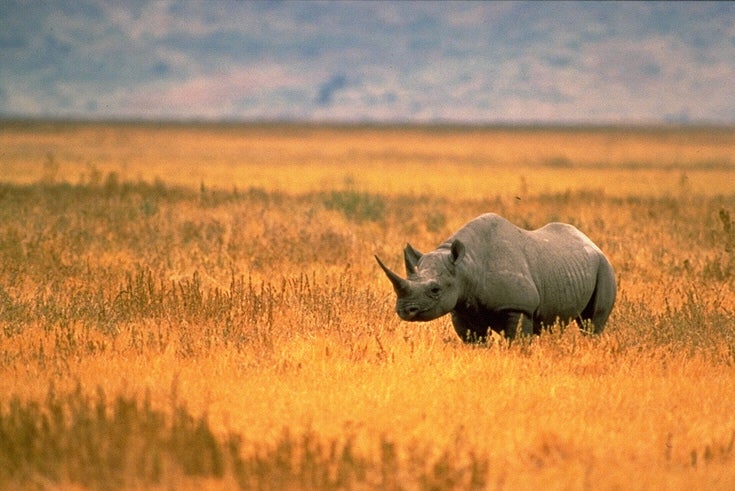 Poachers kill a rhino per day, elephants are slaughtered for their ivory, and tiger poachers sell and trade the whole animal–from whiskers to tail, according to the world’s leading wildlife welfare agency. Now the World Wildlife Fund is getting some secret weapons of its own to combat the illicit killers.

The WWF just received $5 million under Google’s new grant program, the Global Impact Awards, with which it plans to use technology like aerial surveillance and radio-frequency ID tags on wild animals.

Poaching has been a problem for centuries, but it’s getting worse because of demand from wealthy customers–especially in emerging Asian markets. It’s a “crisis that is emptying the world’s forests and oceans,” in the words of the WWF–and it’s worth $7 to $10 billion annually. The BBC reported that in the past five years, the number of rhinos killed in South Africa has risen from 13 to 588. The WWF has been beating this drum especially hard of late–it is apparently a very bad time to be an elephant.

We’ve seen a couple other uses of technology to curb poaching in the past, notably the use of GPS tags on rhinos, but this time the WWF wants a larger umbrella of monitoring tech. It would include sensors on animals and in their environments, which would be monitored by a network of drones overhead. These could detect poachers and dispatch mobile ranger patrols to catch them, the WWF says. It will be used in four separate sites in Asia and Africa, according to Google.

Carter Roberts, president of the WWF, said in a statement that the world faces an unprecedented poaching crisis. “We need solutions that are as sophisticated as the threats we face,” he said. “This pushes the envelope in the fight against wildlife crime.” You can read more about the WWF’s efforts here.