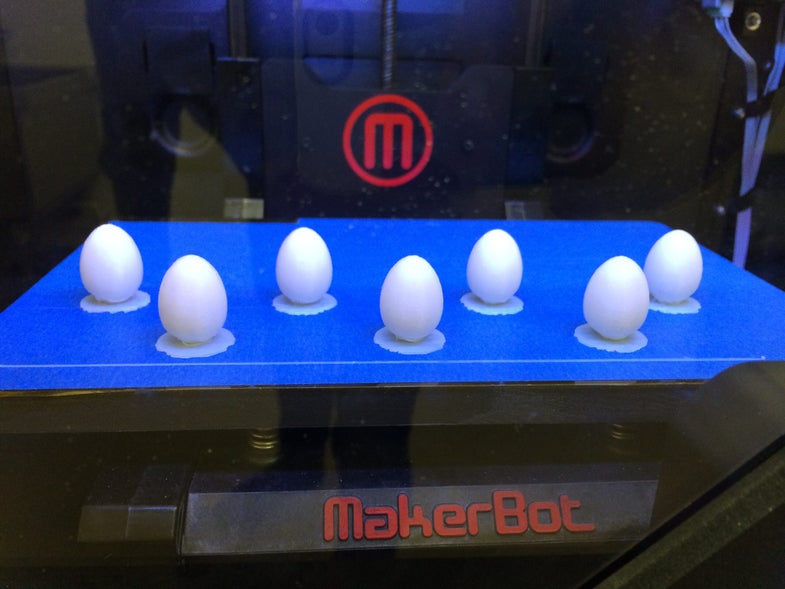 To us, the bright red breast of a robin signals the start of spring. To a cowbird it screams ‘easy mark.’

Cowbirds are brood parasites, laying their eggs in other birds’ nests. Robins are one of their chosen hosts, but over time, robins have started to notice that something was up, and often, they will toss the cowbird eggs out of their nests.

Hunter College ornithologist Mark Hauber and post-doctoral researcher Branislav Igic of the University of Akron wanted to figure out what about the cowbird eggs triggered the eviction. So they decided to 3D print a bunch of eggs, sneak them into robins’ nests and find out.

A paper published this week in PeerJ announced their findings. It turns out that the robins paid attention to color more than anything else. If the 3D-printed egg was a robin’s egg blue, the egg stayed 100 percent of the time. If, however it was a beige egg, (like a cowbird’s) the robin noticed that it didn’t match the chosen color scheme and kicked the interloper to the curb.

The fact that both the cowbird and robin lab-made eggs were manufactured on a 3D printer allowed researchers to control variables like size and shape much more closely than the hand made plaster models that previous researchers used to explore the subject. You can watch the egg-building process in action in this video: