The weirdest things we learned this week: The first celebrity diet, confused albatrosses, and delusions of death

Three PopSci editors share the freakiest facts they could find. 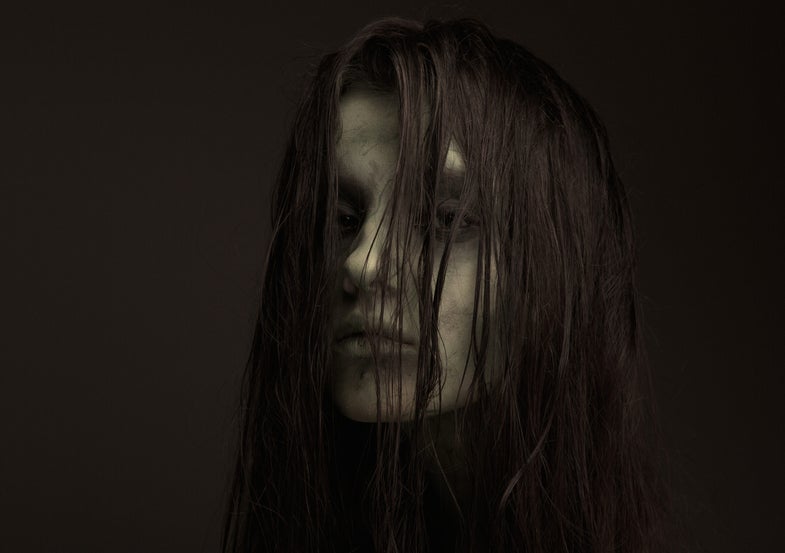 What happens when your brain decides that your body is dead?. DepositPhotos
SHARE

What’s the weirdest thing you learned this week? Well, whatever it is, we promise you’d have an even weirder answer if you’d listened to PopSci’s newest podcast. The Weirdest Thing I Learned This Week hits iTunes, Soundcloud, Stitcher, and PocketCasts every Wednesday, and it’s your new favorite source for the weirdest science-adjacent facts, figures, and Wikipedia spirals the editors of Popular Science can muster.

Check out our second episode below, and keep scrolling for more info about the facts contained therein.

Fact: Sometimes your brain just tells you that you’re dead

Most people make it through the day without questioning whether or not they’re… alive. And if they did pose the question, they’d find a million comforting answers waiting for them, from the physical (do you move? metabolize? grow?) to the philosophical (“I think, therefore I am”). But all of this goes out the window, it seems, for people with Cotard’s delusion.

Every few years doctors report an encounter with a patient convinced they are dead. First defined by the French neurologist Jules Cotard in 1882, people suffering from the delusion become convinced that they are skin and bones and perhaps actively putrefying. They report the desire to be among other dead people. They lose their appetites—corpses, after all, don’t need to eat.

To this day, no one is certain what causes the delusion. Some propose an organic issue in the brain, which is likely the case with Capgras delusion, where people believe their loved ones have been replaced with look-alikes. Scientists believe a disruption between facial recognition skills and emotions causes this condition. But some experts think Cotard’s delusion is purely psychological. Regardless of its origins, the case studies of Cotard’s delusion—from Mademoiselle X in the 1880s onward—were certainly the weirdest thing I learned this month.

Fact: Animals can adopt babies of other species

Yes, okay, you think of your pet dog as your own furry, slobbery baby. But you also know it’s not literally the fruit of your loins. Right?

We can’t know whether this pair of albatross that adopted a chick of another species are loving pet owners, compassionate foster parents, or just extremely confused. But however it happened—and whatever their motivations are—the Short-tailed birds definitely hatched a Black-footed baby, and they seem to be doing a fine job of raising it.

My favorite potential explanation for these alternative family arrangements is that it’s better for a species to be gullible than to occasionally reject their own offspring. What’s the harm in occasionally coddling a member of another species by accident, when the alternative is to be so wary of the chicks in your nest that you might thwart your own evolutionary imperative by kicking one of your kids to the curb? This does occasionally backfire; cuckoos have evolved to lay their eggs in random nests, and birds that don’t know better will devote all their time and resources to the big ol’ bruiser of a cuckoo baby they’re saddled with (after it kills their true offspring).

Related: yes, animals of different species can totally have sex. It happens all the time. It’s a long story.

The Internet is full of dietary advice. Want to lose 10 pounds in 10 days? Quit carbs altogether? Avoid added sugar like the plague? Each nutritional plan is backed up by websites promising scientific evidence (though there usually isn’t any). And almost every diet has at least one celebrity endorsing the trend and claiming it changed their life.

Last week, I was researching healthy diets for this story on lifestyle factors that lead to a longer life. I quickly went down a rabbit hole of the history of diets, and it made me wonder: Who actually was the first celebrity dieter?

While it’s impossible to know for sure, my research led me to Lord Byron, an English poet who lived from 1788 to 1824. The writer attended Cambridge University, and during his time at school, historians claim that Byron was extremely vain. With a crushing fear of becoming overweight, Byron subsisted on a combination of soda water and biscuits. For a little variety, he’d occasionally eat potatoes covered in vinegar.

Byron was likely thinking only of himself, but it turns out he had a profound effect on the other young poets of his day—many of them turned to the same diet or variations thereof, like eating vinegar and rice. They all sought that same pale and thin look that Byron wore with such pride.

But, reality check: Carbs drenched in vinegar do not a nutritious diet make. As we’ve previously reported, vinegar has few, if any, health benefits. And while potatoes are a healthier food than low-carb trends might have you believe, you’d have to eat a lot of them to get all the vitamins and nutrients you need to stay well. As cool as celebrities are, they are probably not the best people to take dieting advice from.