An analysis of more than 2,000 species suggests eye size may determine which birds are fooled by imposter eggs. 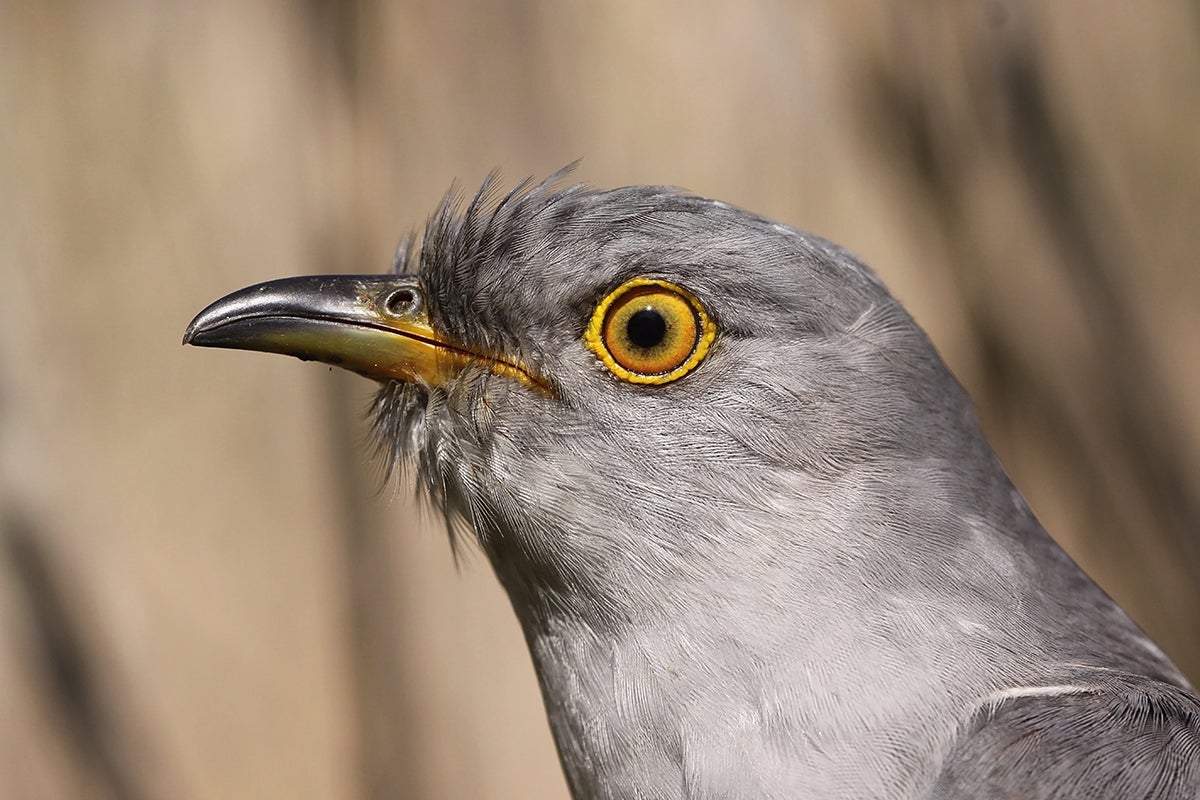 Brood parasites, those that lay their eggs in other species’ nests, might be targeting birds whose eyesight isn’t very keen. Photo by Olda Mikulica
SHARE

Common cuckoos aren’t known for being model parents. Rather than raise their own young, they fob the task off on other birds. This strategy is used by approximately 100 species of cuckoos and other so-called brood parasites. But it doesn’t always go according to plan; sometimes, the foster parents catch on.

It turns out that which nests parasitic birds can successfully sneak their eggs into may partly depend on eye size, scientists reported this week. Researchers compared eyeball measurements from thousands of species of birds and found that parasitic birds tend to have larger eyes than the hosts that wind up raising their young. This could mean that the brood parasites, those that lay their eggs in other species’ nests, are targeting birds whose eyesight isn’t very keen.

“We now know that eyes reflect a history of brood parasitism,” says Mark Hauber, a professor of animal behavior at the University of Illinois at Urbana-Champaign and fellow at the Institute for Advanced Study in Berlin. He and his coauthor Ian Ausprey, of the University of Florida in Gainesville, published the findings on September 28 in Biology Letters.

Brood parasitism has evolved independently seven times in various bird families that include cuckoos, songbirds, ducks, and honeyguides. In some species, the parasitic chick hatches first and pushes the host bird’s eggs out of the nest, or even attacks and kills its foster siblings. Other times, the unwitting hosts are burdened with extra chicks to incubate and feed alongside their own offspring.

Some birds are easier to deceive than others. When a host spies a spurious egg lurking in its nest, it will often grab or pierce the imposter with its beak and toss it out. Alternatively, Hauber says, yellow warblers sometimes build another story of the nest on top of brown-headed cowbird eggs, preventing them from developing and hatching.

“We are super excited about being able to ask the big question, which is: If brood parasitism is costly, how do the brood parasites get away with it?” Hauber says. “And also, have the hosts responded to these costs with some sort of sensory adaptation, like changing the size of their eyes?”

To find out, he and Ausprey drew upon a database of eyeball measurements taken from museum specimens. They examined 750 host birds such as American robins, 42 brood parasites such as common cuckoos, and 1,985 other species whose nests aren’t parasitized, such as house sparrows.

When analyzing the eye sizes, the pair took into account other reasons why birds might have evolved large eyes, such as owls’ need to hunt in the darkness. The researchers also consulted previously published experiments investigating how often different host species reject parasitic eggs.

Hauber and Ausprey saw that host birds had smaller eyes, both overall and relative to their body size, than brood parasites. Host birds also tended to have smaller eyes than species that didn’t fall victim to parasites. “It makes sense for the parasite to go after birds that just naturally have a worse ability to detect odd-looking objects in the nest,” Hauber says.

Among host birds, species with large eyes were more likely than smaller-eyed birds to recognize parasitic eggs, so long as these imposters didn’t too closely mimic their own eggs. Intriguingly, in a handful of species parasitized by cuckoos, the researchers observed that the cuckoo eggs most closely resembled belonging to hosts with large eyes. This suggests that the cuckoos and their victims share a long, intense history, Hauber says, with the parasite evolving to lay increasingly imitative eggs over time.

The next step, Hauber says, is to investigate the vision-related areas of the avian brain to understand what underlies host birds’ abilities to spot parasitic eggs. Eye size is likely more indicative of sharp eyesight than sophisticated color vision, he adds, so the size and pattern of the eggs are probably key clues. Despite showing a link between eye size and brood parasitism, the study “doesn’t actually mean that the eyes are the only ways by which [host birds] differentiate the importance of objects in the nest such as foreign eggs laid by a brood parasite,” Hauber says.