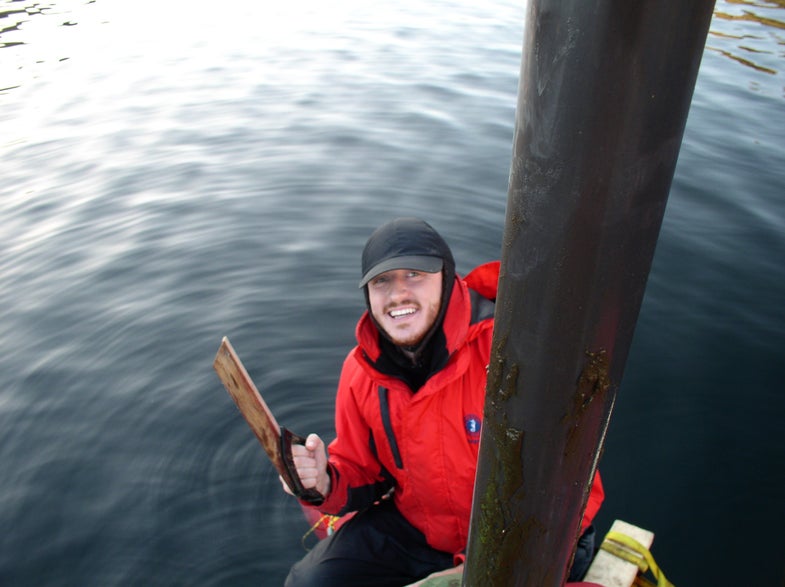 Researchers studying past climates have a handy new tool for uncovering ancient human settlements: Human feces. Apparently biomarkers only found in the intestines of higher mammals can persist in lake sediment, serving as an indicator that humans were living, eating and, yes, excreting in a given area.

“Without even knowing it, early settlers were recording their history for us, and in the most unlikely of ways, in their poop,” said study author Robert D’Anjou, a doctoral candidate at the University of Massachusetts-Amherst.

Archaeologists already have a few methods for recording the presence of humans in a given area, like charcoal from fires and even pollen from domesticated plants. But these are not always clear indicators, and each has its limits, the UMass-Amherst researchers explain in a new paper. The variable presence of black carbon, soot and pollen could also indicate past climate change rather than human activity, and it’s important to distinguish the two. Bowel biomarkers can do that, and indicate a definite human presence.

The researchers went to Lake Liland in Norway’s Lofoten Islands, which has several important human settlements dating from the Iron Age to the Vikings. It also has a steady sedimentary record and a reliable volcanic ash record, helping constrain timelines more accurately. D’Anjou and his colleagues extracted sediment cores from the lake that date back 7,000 years.

Then the team extracted a molecular marker called coprostanol, a compound that forms from the digestion of cholesterol in the human gut. They also obtained other sterols that form in the intestinal tracts of other animals. From this, they were able to figure out the timeline of human settlement in the area, including relative population sizes and even the types of animals the humans kept–including cattle and sheep.

It turned out that between 7,000 and 2,250 years ago, the area was fairly undisturbed, as evidenced by vegetation records. Then there was an abrupt shift in the record, indicating the arrival of people. Around 2,250 years ago, the amount of polycyclic aromatic hydrocarbons increased–that’s an indicator of fire–and so did the poop record. D’Anjou and colleagues believe humans burned a clearing in the area before moving in permanently.

“When you find these molecules at certain concentrations and in specific ratios, it provides an unmistakable indicator that people were living in the area,” D’Anjou said.

The team hopes this new marker method can be used in many other places, where it could help distinguish natural environmental changes from those likely caused by humans. The paper appears this week in the Proceedings of the National Academy of Sciences.