Happy Mother’s Day to all moms, but especially spiders who feed themselves to their babies

We’re not the only species with reason to be grateful. 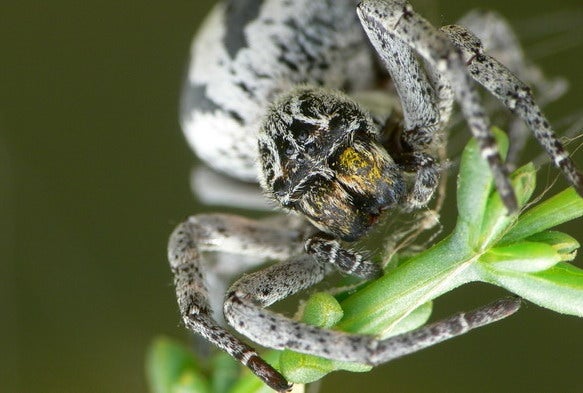 She may look fierce, but her children will soon devour her. Wikimedia Commons
SHARE

On Sunday, phone lines across the world will be their busiest—if we all remember to call our mothers. But we’re hardly the only creatures with good reason to celebrate our moms. We’ve searched the Popular Science archives to give you a roundup of stories featuring heroic mothers from across the animal world.

The moms who really give parenting their all

She may look fierce, but her children will soon devour her

For the wriggling offspring of the Taita Hills caecilian, there’s no better taste than mom’s peeling skin. These land-dwelling, legless amphibians—found in the forests of southern Kenya—rip off the thick, protein-packed layer with gusto. By the time her kids are done feasting, mama caecilian will lose more than a tenth of her body weight.

Then there’s the mother desert spider, whose sacrifice for her brood goes more than skin-deep. Once the hatchlings emerge, she spits up her own meals to feed her children. Pretty tame, until the digestive enzymes that come up with her puke eat away at her insides. She’ll continue to feed and protect her young for the next two weeks while the enzymes from her stomach kill her from the inside out. But the baby spiders won’t let the corpse go to waste—they’ll gobble up what remains of mom before setting out on their own.

A whole lot of milk

Mammals might only feed their newborns breast milk, but that doesn’t mean they are any less impressive. Elusive orangutan mothers will breastfeed their children at night and under tree cover for up to eight years, well past the time their young is small enough to carry around. That’s the longest any wild animal nurses their young.

For the burrowing, venomous, shrew-looking mammal called a solenodon, children don’t get milk near mom’s chest. The offspring climb next to her butt, where her nipples are found, to breastfeed for several months.

Some mothers don’t raise their own biological children, or even members of their own species. At the end of the year, biologists on an American island in the North Pacific got really excited when a Short-tailed albatross couple had an egg in their nest. It would have been the fourth time that a chick of the endangered species was born on U.S. soil. But once the egg hatched and scientists peered into the nest, they didn’t find a little Short-tailed albatross. Instead, the couple had adopted an egg from a smaller, more common bird, the Black-footed albatross. The researchers weren’t too disappointed—fostering a foundling could be great practice for the first-time parents.

Straight from the womb

Humans have a few weird quirks thanks to their moms, beyond the traits they might have inherited. If a mother eats strong flavors like garlic, vanilla, or mint while pregnant, their infant may be more gung-ho to try those foods later on. The microbes found in our guts are also from our moms. A lot of those bugs come straight from her birth canal. That’s just one more thing to thank your folks for when you give them a call this weekend.