How Moon Dust Could Improve Weather Predictions On Earth

During a moon dust measurement experiment, a physicist accidentally figured out how to help weather forecasters. 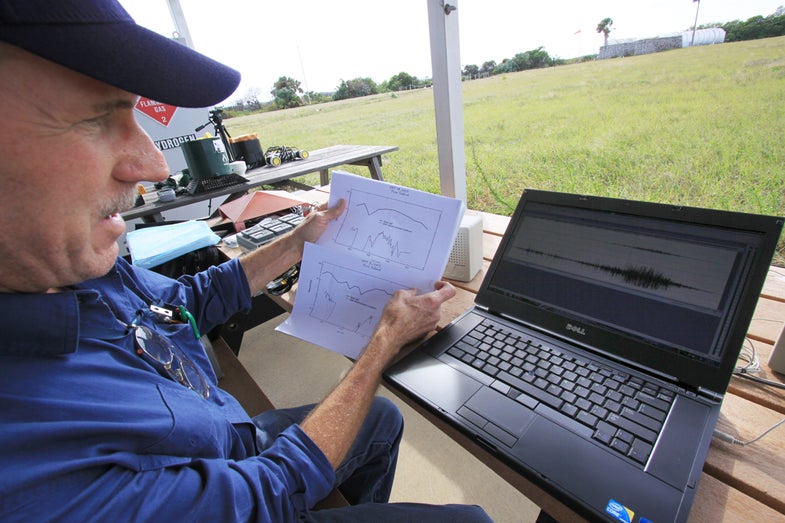 John Lane looks over data recorded from his laser system as he refines his process and formula to calibrate measurements of raindrops. NASA/Jim Grossmann
SHARE

When John Lane stood in his backyard and pointed his laser at the rain, he wasn’t thinking about weather on Earth. He was trying to figure out the best way to track lunar dust, part of a project to protect NASA’s Apollo landers from would-be moon visitors. But he ended up helping weather forecasters anyway, by finding a new way to measure the size of raindrops–something weather radar can’t do.

Lane, a physicist at Kennedy Space Center, was trying to calibrate a laser sensor that would pick up fine dust particles on the moon. The project is part of a NASA effort to protect its lunar heritage. New lunar landers, perhaps from the Google Lunar X Prize or other nations, would likely kick up dust and other material as they touch down on the moon. NASA wants to be sure its six Apollo sites are unperturbed, and understanding dust mechanics will help nail down how close new robotic landers could get.

“It’s like sandblasting,” Lane explains in a NASA news release. “If you have something coming down like a rocket engine, and it lifts up this dust, there’s not air, so it just keeps going fast.” Some of this regolith (lunar soil) can even escape into orbit. It might even smack into the sensitive foil skins of the lunar descent modules, or maybe samples of waste left behind by astronauts. Impact by moon dust would ruin possible future experiments that would analyze what happened to some of that waste, so NASA wants to have some parameters for explaining the dust’s behavior.

To do this, Lane was measuring raindrops, which are apparently a good analogue for airborne lunar dust. His laser and reflector measures the raindrops’ size with great accuracy, which could be a major boon for weather forecasters.

Weather radar can see individual drops of rain, clouds of insects, birds and bats on the wing. But it can’t distinguish the sizes of these objects very well. A massive national upgrade to dual polarization radars is under way, which will improve matters. This adds a vertical element to the horizontal sweep of radio range-finding. Rain, sleet, snow, birds, insects and bats all have distinct signatures in dual-polarized radar.

But even then, raindrop size is an imperfect estimate. Lane’s new laser method does it by measuring the average cross section area of raindrops in the beam’s line. This is known as the “second moment of the size distribution,” according to NASA. Understanding this size distribution would improve the algorithms used by weather radars to track objects in the air. This could improve rainfall measurements using radar, which in turn could improve forecasting.

As far as the moon is concerned, these size estimates could better judge how lunar dust will move in response to a robotic or human-occupied lander. NASA has considered placing a laser sensor on the bottom of one of the X Prize competitors, which would measure how dust and soil move, according to the space agency. This would help NASA formulate restrictions for other landers, including how far they must land from the existing lunar heritage sites.

Lane has already presented his findings at a meteorology conference and is writing a scientific paper about it, according to NASA. 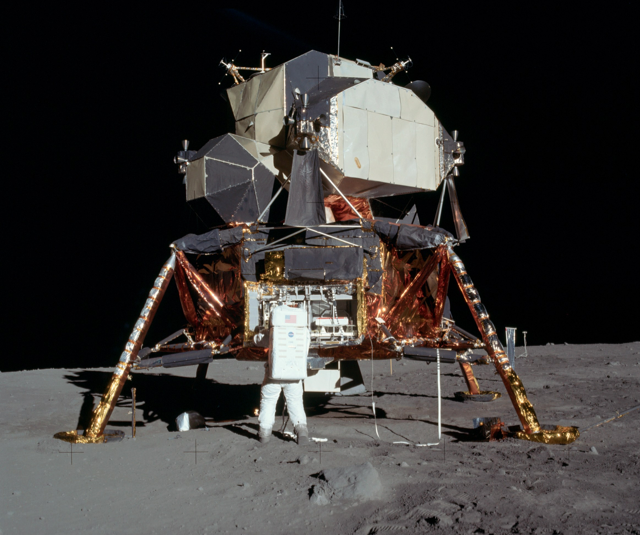