Mystery Animal Contest: Who Is This Little Fellow? 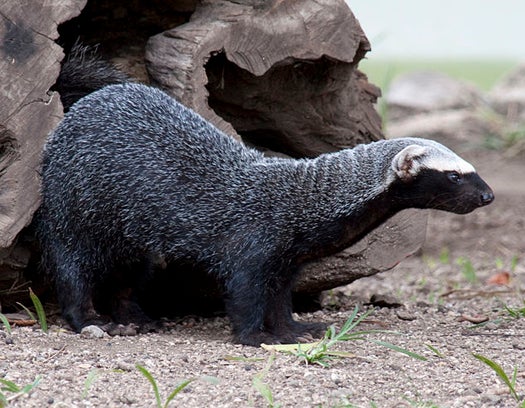 Update: And the winner is…@Seth_Rosenthal, who after an understandable first incorrect guess landed on the right answer: this animal is a greater grison. Many folks guessed it was a honey badger, or ratel, a ferocious animal that gained widespread internet fame after a video of its toughness circulated. The greater grison is a mustelid, like the honey badger, related to weasels, skunks, and otters, but the grison lives in South America, not Africa or Asia. It’s one of two species of grison–the other is the lesser grison–and we actually know very little about it for one very interesting reason. Its neck is extremely wide, wider even than its head, so it’s basically impossible to strap a collar onto it for tracking.