These animal moms go to extreme lengths to feed their babies 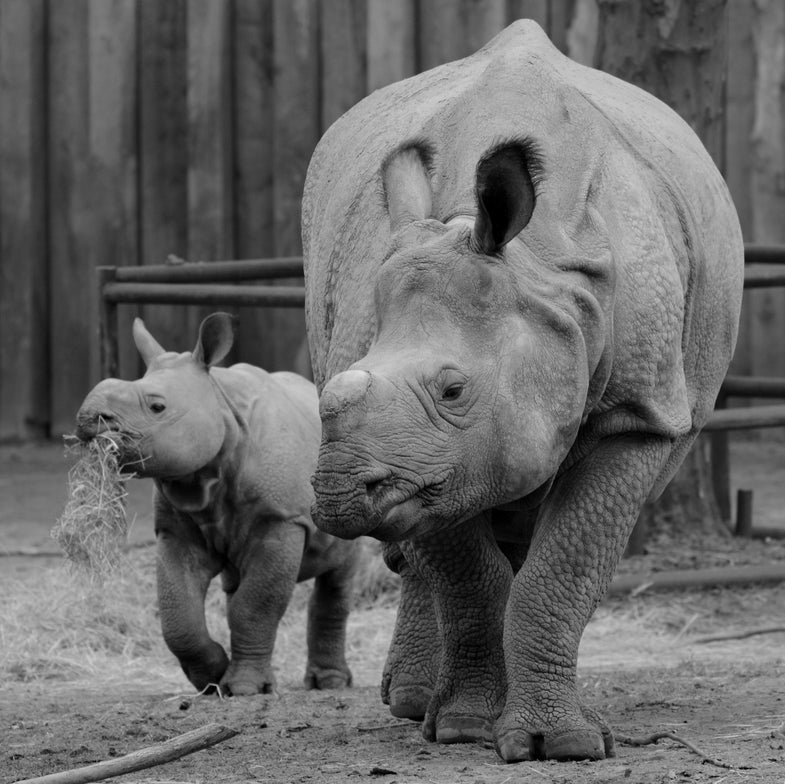 The following is an excerpt from Raised by Animals: The Surprising New Science of Animal Family Dynamics by Jennifer Verdolin

As mammals, we suck milk from our parents, usually mothers (can’t forget about those Dayak fruit bat dads). And yet something so simple and straightforward is riddled with landmines. It’s the best. It doesn’t matter—do it whenever, wherever. Do it only in private. Do it for three months. Six months. Eight years. Yikes! Before we even begin to tackle the question of how to feed our young, let’s first expand our perspectives. And since parenting is anything that increases the chances that our offspring survive, there is a wide range of options out there when it comes to something as fundamental as feeding newborns.

One somewhat, shall we say, unconventional approach is to eat your mother. The technical term is matrophagy (mother-eating). In a bizarre twist on who’s coming to dinner, a desert spider mother goes to the extreme to get her kids off to a great start. These strange-looking spiders can, as their name implies, be found in desert climates. You can imagine that finding a place to build your web could present some challenges, but there are plants in the desert, and those plants are where you will find these spiders. After being serenaded by the male with delicate vibrations on her web, the soon-to- be-dessert spider mom clutches her sac of fertilized eggs in a cocooned silk ball near her mouth. While the mom is protecting her encased sphere of soon-to- be baby spiders, she continues to eat a nutritious menu of various insects. Then when the spiderlings are ready to hatch, the mom helps them escape their wrapping and begins regurgitating the pre-eaten food. The thing is, this also triggers a waterfall of digestive enzymes, which pour into the mothers’ system and slowly liquefy her from the inside. This goes on for about two weeks, and all the while she is protecting and feeding her young, until she dies and they eat the rest of her before striking out on their own.

Admittedly, that is a bit of an extreme form of parenting, but it does have its advantages. In species where matrophagy occurs, the offspring have an enhanced chance of survival because they are able to grow larger before having to leave home. Plus, their mom is still around for about two weeks to protect them—though let’s be honest, her ability to do so will diminish daily as she begins to disappear into their bellies. In experiments where the offspring are removed from the mother and not provided with additional nutrition, the survival rate plummets.

Not to be outdone, a limbless snake-like amphibian called the Taita Hills caecilian, found in the Taita Hills of Kenya, feeds her offspring in an altogether different way. She lays her eggs, and when they hatch, the babies are equipped with razor-sharp baby teeth. Don’t worry, the hatchlings don’t eat their mother. Well, not exactly. While her babies are developing, her skin is preparing itself. The outer layer becomes thick, bubbling with fats and protein much like the milk we produce. When the mini caecilians emerge from their shells, they use their little teeth to tear off pieces of her skin. As you can imagine, babies are typically voracious eaters, and these are no different. They gobble up every last shred and morsel of the nutritious skin. By the time they are ready to leave the nest, the mom has lost about 14 percent of her body weight and is a tad bit paler.

Nursing or feeding offspring expends a good deal of energy no matter how you do it, but the emergence of true lactation was a pivotal moment in mammal evolution, allowing for increased survival of altricial young via the delivery of nutrients past gestation and providing a means of directly transferring immunological competence. And it’s not just placental mammals like us that have mammary glands that produce milk for our offspring. The echidna, or spiny anteater (not closely related to regular anteaters), is one such non-placental mammal. These animals used to get a bad rap; I remember my graduate advisor remarking that echidnas are probably one of the only truly random foragers that exist. Most animals have some kind of plan when they go in search of food, even if that plan is to avoid becoming food for someone else. And so I always imagined that the echidna wobbled around awkwardly, unsteady on its little feet as it fumbled through the forest, hoping to bump into food. As it happens, they are hardly staggering about like drunken fools. It has since been discovered that they have special cells in their long noses that can detect the electric signals given off by insects—so they follow their noses, after all, to guide themselves to their meals.

To return to the subject of nursing, echidnas belong to an unusual group called monotremes—though they lay eggs, they are mammals because they nurse their young (called puggles), lactating via mammary glands just like us. Their milk is made up of casein, fat, ash, fucosyllactose and difucosyllactose. Difucosyllactose is also found in human milk and is well known for its ability to protect against infection and disease. It also promotes the growth of important probiotic, or helpful, bacteria. Thus, despite the vast difference between ourselves and echidnas, the food we make for our babies is remarkably similar.

Even though the proportion of fat, protein, and other compounds that make up milk varies from species to species, the benefits are largely the same: nutrition, bonding, and immunocompetence, the latter being perhaps the most critical. Fascinatingly, getting the full protective benefits requires the mixing of a baby’s saliva with the milk. I first read about this on a fantastic blog called Mammals Suck . . . Milk! That led me to some recent research revealing how both breast milk and baby dribble contain high levels of an enzyme that, when combined, produces hydrogen peroxide in great enough quantities that it halts the growth of staph and salmonella while simultaneously promoting good probiotic gut bacteria! Thus, milk and baby drool deliver quite a punch to potential bacterial infection that formula cannot match. I will never look at a drooling baby the same way again.

Excerpt from Raised by Animals: The Surprising New Science of Animal Family Dynamics © 2017 by Jennifer Verdolin. Published with permission of The Experiment.