Earth-Generated Panspermia: Scientists Describe How Earth Rocks Could Have Seeded the Rest of the Solar System With Life

Proponents of panspermia theory say life on Earth came from elsewhere, hitching a ride on rocks sheared from other worlds... 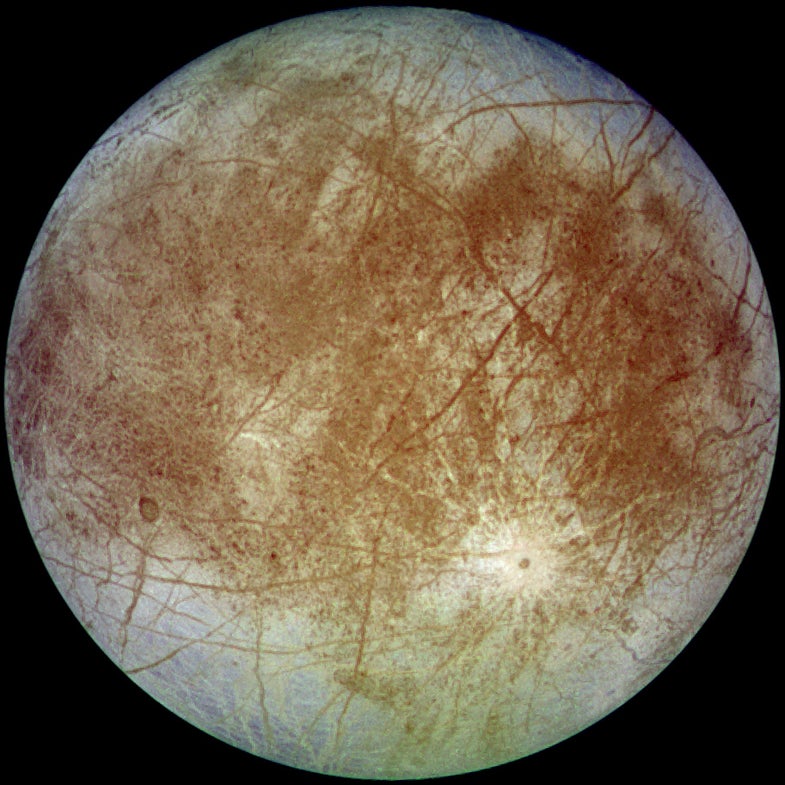 Proponents of panspermia theory say life on Earth came from elsewhere, hitching a ride on rocks sheared from other worlds or from migratory asteroids. But what if life did originate here and then it left, hitching a ride on Earth-departed rocks? Earth could seed other worlds, instead of the other way around. A new analysis says the rocks could conceivably make it as far as Jupiter.

Scientists have found several meteorites that originated on Mars or the moon, after being ejected in asteroid collisions, forcefully thrown into space and finally arriving on Earth. It makes sense that the opposite could be true, and that after mega-collisions, some pieces of Earth could be thrown toward Mars or Venus.

But most simulations suggest very few Earth pieces would reach the fourth planet, because they would have a hard time overcoming the gravitational pull of both Earth and the sun. Lots of the ejected particles would actually wind up back on Earth, according to previous studies. Some scientists have even suggested these refugee particles would “re-seed” their home planet.

Now researchers in Mexico have a new simulation, and they say plenty of Earth bits would indeed make it to Mars — and beyond, all the way to the Jovian system. Mauricio Reyes-Ruiz and colleagues at the Universidad Nacional Autonoma de Mexico ran computer simulations of 10,242 test particles, following their predicted paths for 30,000 years. That’s about as long as scientists think life could survive in space, the authors note.

They ran simulations at five different ejection velocities, from 6.97 miles per second to 10.2 miles per second. They found that at faster velocities, particles are more likely to reach Jupiter than Mars, because of their great speed relative to Mars’ low gravitational pull. The particles also reach Jupiter more quickly, with half making the trip in 10,000 years, the authors write. In one simulation, just one particle reaches Mars, and it takes between 25,000 and 30,000 years to get there.

Even more bizarre, many particles end up traveling past 40 AU, which the authors describe as leaving the solar system.

This is all theoretical, of course — the ejection velocity and the particles’ trajectory would be determined by variables like the size and velocity of the incoming object, not to mention the collision location relative to the spin of the Earth. But it’s an interesting concept — as KFC points out over at Technology Review, if life persists in space longer than astrobiologists think, life from Earth could still be speeding toward distant worlds.