Hydrocarbons Could Form Deep In the Earth From Methane, Not Animal Remains

Study lends credence to abiogenic petroleum theory, which means there may be more oil in our future than we thought 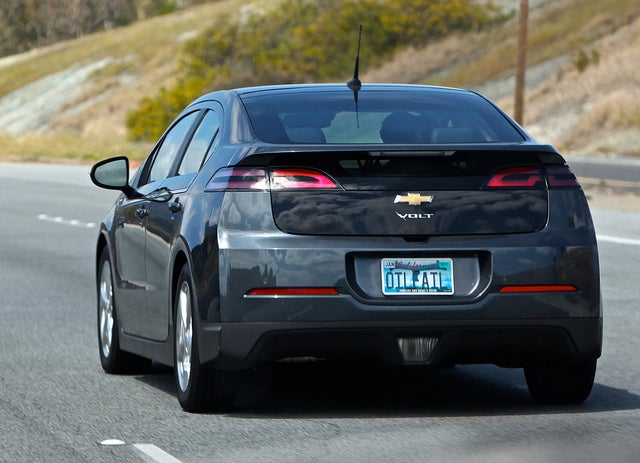 A new study demonstrates how high hydrocarbons could be formed from methane deep within the Earth, aside from the compression and heating of ancient animal remains over the eons. Fused-methane oil would be far less common than your typical petroleum, of course, but the study shows abiogenic hydrocarbons could conceivably occur in some of the planet’s high-pressure and high-temperature zones.

Scientists at Lawrence Livermore National Laboratory used supercomputers to simulate what would happen to carbon and hydrogen atoms buried 40 to 95 miles beneath the Earth’s crust, where they would be subjected to prodigious pressures and temperatures.

They found at temperatures greater than 2,240 degrees F and pressures 50,000 times greater than those at the Earth’s surface, methane molecules can fuse to form hydrocarbons with multiple carbon atoms. Interactions with metal or carbon sped up the fusion process, the researchers said. These conditions are present about 70 miles down, according to an LLNL news release.

Methane, CH4, has one carbon and four hydrogen atoms; high hydrocarbons, like propane and butane, have more carbon atoms.

About 99 percent of all the hydrocarbons in oil and natural gas are derived from the compressed, heated remains of ancient living organisms like zooplankton and algae. These critters were buried under layers of sediments five to 10 miles beneath the surface of the Earth.

In the 19th and 20th centuries, some scientists believed hydrocarbons could form from abiogenic (non-biological) processes, too. The existence of methane on several solar system bodies shows hydrocarbons can exist without organic ingredients. But the theory fell out of favor, in part because no one ever found any abiogenic oil deposits.

The LLNL researchers don’t claim to know where such deposits would be, nor did they examine whether or how such deep deposits could ever migrate higher into the mantle where they could be retrieved. But the researchers say abiogenic hydrocarbons are technically possible in some settings like rifts or subduction zones, according to Giulia Galli, a professor at UC-Davis and senior author on the study, which appears in the Proceedings of the National Academy of Sciences.

“We don’t say that higher hydrocarbons actually occur under the realistic ‘dirty’ Earth mantle conditions, but we say that the pressures and temperatures alone are right for it to happen,” she said.