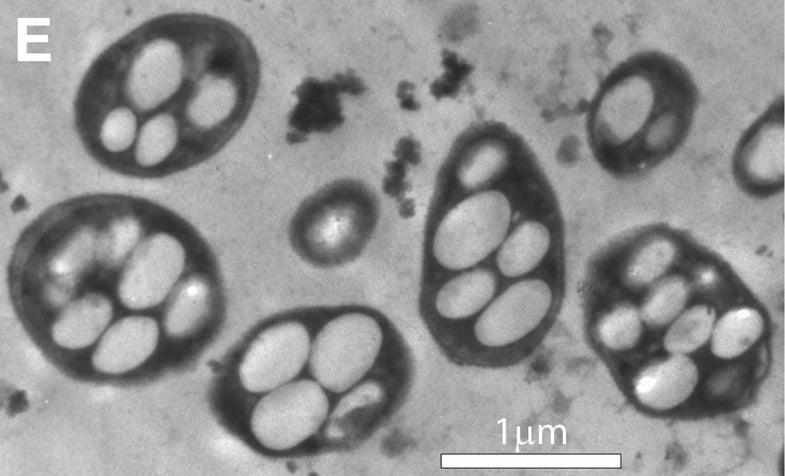 The fundamental backbone of life is unbending, according to two new studies — a plucky bacterium from a California lake cannot substitute a poisonous substance for phosphorus after all. The results address the question of whether GFAJ-1, as the bacterium is known, is “weird life” with implications for astrobiology. According to these new studies, the answer may be no after all.

Two new studies appearing today attempted to recreate a controversial December 2010 study by Felisa Wolfe-Simon and others, who fed the bacteria a cocktail of arsenic and deprived it of phosphorus. GFAJ-1 is found in California’s Mono Lake, which contains arsenic-rich sediments. All of life uses six elements: oxygen, carbon, hydrogen, nitrogen, phosphorus and sulfur. Arsenic is chemically similar to phosphorus, but it’s toxic. Wolfe-Simon’s results indicated that at least one form of life could buck this trend and survive using arsenic.

Today in Science, Tobias Erb and colleagues at the Institute of Microbiology at ETH Zurich show that it can indeed grow under high-arsenate and low-phosphate conditions, but it needs at least a little bit of phosphate to grow at all. In Wolfe-Simon’s original paper, the authors noted the presence of a small amount of phosphorus, but concluded it was too little to sustain the organisms. This is incorrect, according to Erb et al. The small amounts of phosphorus were indeed enough to keep the bacteria alive.

The Swiss team also found some arsenate-based compounds in the growth medium, but they determined that these formed abiotically. The small amount of arsenate metabolites that GFAJ-1 formed were negligible for sustaining life, they say.

“The new research shows that GFAJ-1 does not break the long-held rules of life, contrary to how Wolfe-Simon had interpreted her group’s data,” says a statement from Science, which took flak for publishing the controversial paper in a firestorm of controversy. The journal later published eight technical comments scrutinizing Wolfe-Simon’s research methods.

For her part, Wolfe-Simon said in an email that the very small amounts of arsenate metabolites may help the organisms survive in environments with lots of arsenic.

“Key questions are, how do these cells thrive in lethal concentrations of arsenic? And where does the arsenic go?” she said.

NASA, which partially funded the work, initially trumpeted the findings and their potential implications for astrobiology. The story became bizarre almost as much for its presentation and hype as for the result itself. Tom Clynes explored this in detail in our October 2011 issue.

Also today, Science published a report led by Marshall Reaves at Princeton and including Rosie Redfield of the University of British Columbia — Redfield was one of Wolfe-Simon’s most outspoken critics from the beginning. This team set out to determine whether any arsenic was incorporated into the bacterium’s DNA, as Wolfe-Simon had asserted. They found that GFAJ-1 was unable to grow in the absence of phosphate, and that no arsenic was covalently bound to the organism’s DNA.

Wolfe-Simon counters that further detailed research may be necessary to really answer this question. The arsenate might degrade once the cells are sliced open for examination, she said.

“These Science authors have made it clear that they are convinced they have tightly shut the door on arsenic incorporation into biomolecules. Yet, low amounts of arsenic incorporation may be challenging to find and unstable once cells are opened,” she writes, “so may merit comprehensive and
systematic efforts with other assays and conditions.”

Redfield and colleagues suggest that GFAJ-1 does have a high tolerance for arsenic, but it simply deals with the poison while scavenging tiny amounts of phosphate to survive.

“The end result is that the fundamental biopolymers conserved across all forms of life remain, in terms of chemical backbone, invariant,” Redfield et al. conclude.

The papers appear today in Science.