Did Earth And The Moon Get Their Water From The Same Place?

The water may have already been on Earth when the moon was sheared away from it. 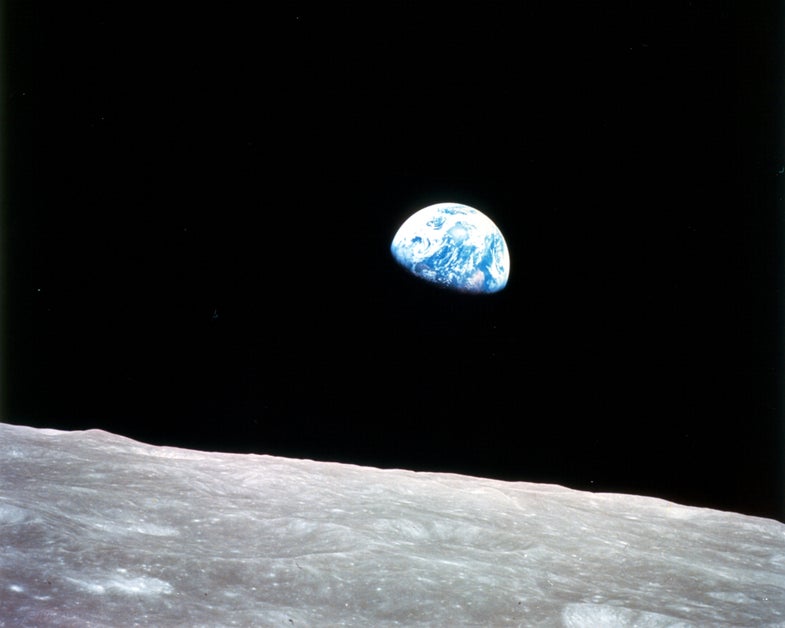 Since a suite of spacecraft confirmed abundant water on the moon in the past few years, scientists have wondered how it got there. Could it have come from comets, dusty snowballs making their way toward the sun and melting? Could it have come from meteorites, collecting tiny amounts of water over time? Or maybe even the sun, donating hydrogen particles from its blustery wind that combined with lunar oxygen? Now there’s a new theory: It came from Earth.

Most moon-formation theories hold that the moon came from the Earth, and was sheared off when a Mars-sized object walloped our planet in its youth. And just a couple months ago, scientists reported that the moon probably has had water its entire life. A new study that examines lunar water evidence could explain this: Earth had water when this happened, and that somehow, it survived the collision and wound up on the moon. 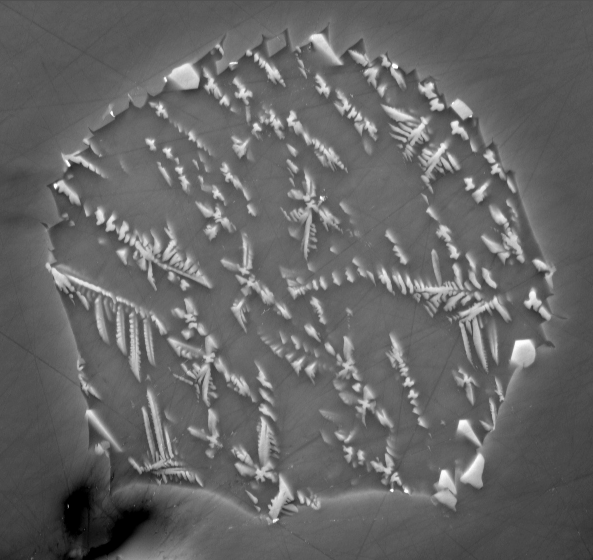 Backscatter electron image of a lunar melt inclusion from Apollo 17 sample 74220, enclosed within an olivine crystal. The inclusion is 30 µm in diameter. Skeletal crystals within the melt inclusion are a fine mixture of olivine and ilmenite. Dark area in the lower-left is an ion microprobe sputter crater.

Previous research by a co-author on this paper, Erik Hauri, showed that these melt inclusions have water in them–a lot of it, too, as much as lavas forming on Earth’s ocean floor. Saal et al. set out to find where that water came from.

They examined rocks from Apollo 15 and 17 and found the hydrogen isotope ratios were the same as water on Earth. Deuterium, a heavy form of hydrogen, is found in about three-tenths of a percent of Earth water. This ratio is indistinguishable from that of carbonaceous chondrites, the most common and oldest type of space rock in these parts. But it is very different from the ratio found in most comets.

If the ratios are the same, that could mean the water on the moon is the same as the original water on the Earth, and that could mean Earth was already watery when something huge bombarded it and formed the moon. That also means somehow, the water didn’t vaporize in the unspeakable cataclysm that took off a giant chunk of our planet. That would be very strange, and that question needs further probing.

Or, it could mean the Earth and the moon were bombarded by the exact same family of meteorites shortly after they separated from each other.

“The new data provide the best evidence yet that the carbon-bearing chondrites were a common source for the volatiles in the Earth and moon, and perhaps the entire inner solar system,” Hauri said in a statement.

The results were published online today in Science Express.