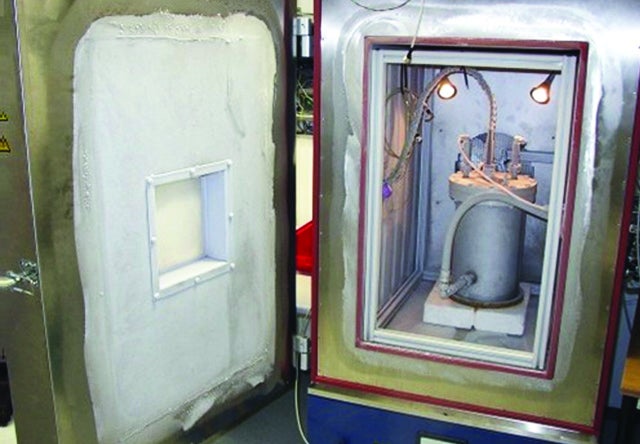 In a Berlin basement sits a small torture chamber. The air inside the hermetically sealed steel chest consists of a choking 95 percent carbon dioxide, some nitrogen, and traces of oxygen and argon. The pressure within is 1/170 that on Earth, and the thermostat is set to –50˚F—in other words, a nice afternoon on Mars. Experiments at the facility regularly subject some of Earth’s hardiest creatures to this hell, and they do just fine.

This August, several dozen scientific institutes combined forces to test a variety of Earth species in Mars-like conditions. Identifying life-forms that can survive on another planet, what mechanisms they use to do so, and what by-products they leave behind will give scientists a more specific idea of what to look for when searching for E.T., says Jean-Pierre de Vera, a biologist at the German Center for Aeronautics and Space Research (DLR), where most of the experiments are carried out.

At press time, the scientists had tested Deinococcus radiodurans, a bacterium known for its radiation tolerance, Xanthoria elegans, a lichen that thrives in Antarctica and low-oxygen conditions, and Bacillus subtilis, a comparatively ordinary bacteria found in soil around the planet. “I was astonished that organized, symbiotic communities such as lichens [which consist of fungi and photosynthetic algae or bacteria] can survive,” de Vera says. After 22 days, 80 to 90 percent of the lichens were not only alive but active—it seems that complex life-giving processes can happen off-planet. For one thing, de Vera says, “this is the first evidence that organisms might conduct photosynthesis on Mars.” Next he plans to investigate whether methane-producing bacteria, which could account for Mars’s methane clouds, can make it on the planet.