Are You Drinking Water From Outer Space Right Now?

A study suggests that Earth's water was imported by asteroids, long after the planet was first formed 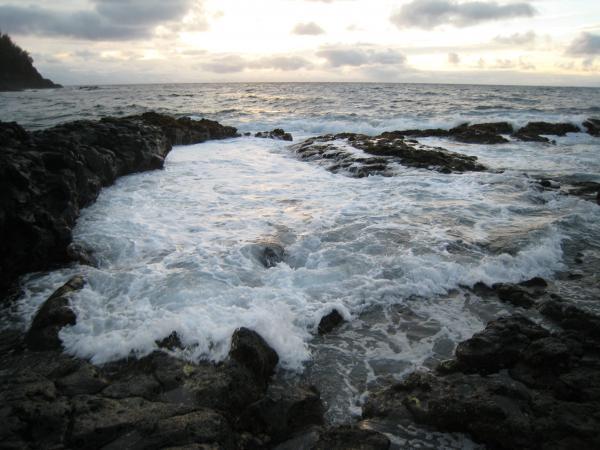 Life on Earth first came out of the oceans, but the water itself may have originated from extraterrestrial space rocks. A new study points to a turbulent period when the solar system’s giant planets hurled chunks of icy rubble in Earth’s direction.

This goes against the more favored scientific theory that Earth’s oceans and atmosphere formed from elements within the planet interior, around 4.5 billion years ago. The Nature study argues that the primordial temperatures never dropped enough to condense both volatile elements and water alike, and that the waters of our blue planet must have arrived during a later period of planet building, about one hundred million years after Earth was formed.

The early planet-building phase ended more or less when a Mars-sized object collided with Earth and created the moon. But Jupiter and Saturn continued to gravitationally sweep up loose debris and sling rocks in all directions. Some of the icy chunks struck the inner solar system planets such as Mercury, Venus, Earth and Mars.

Francis Albarede of the Laboratoire des Sciences de la Terre in Lyon, France proposed that the ice-rich rocks helped soften Earth’s mantle with water, and perhaps even kick-started plate tectonic movements. But Mars eventually dried out before the water reached deep down into the planetary mantle, and the other inner solar system planets also remain dry today.

There might be implications for the moon’s source of water as well, although scientists remain divided over whether lunar water originated from Earth or accumulated from similar extraterrestrial sources.

It’s an interesting theory that draws some evidence from the state of Earth’s mantle today, because the mantle rocks have water concentrations of just 200th of a percent. But researchers lacking time travel devices won’t be able to confirm exactly what happened anytime soon — they’ll have to continue slowly building better solar system models based on physics and whatever preserved evidence they find in ancient rocks.

For now, Earthlings can enjoy the thought of drinking, bathing and swimming in alien waters alongside their robot friends.