A company aiming to open the first space hotel already has 43 paying customers at $4.4 million a pop 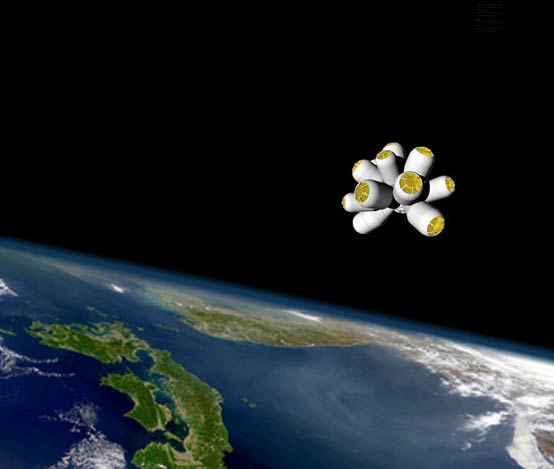 Anyone with a cool $4 million and change might consider doing what 43 other people have done, and sign up for an orbital space vacation in 2012 with Galactic Suite Space Resort. The Barcelona-based company plans to open the first space hotel if all goes according to plan.

Space customers would spend three nights in their orbital pod room, where they could crawl around like Spiderman (or Venom) in Velcro suits. Reuters reports that guests would also enjoy an eight-week training course set on a tropical island.

The space hotel, which PopSci covered when it was first announced in 2007, would start out as a single pod capable of holding four guests and two pilots. But critics remain dubious — just as Gregory Mone was in our 2007 article — that the company can meet its scheduled launch date.

Hopeful customers might also look forward to Bigelow Aerospace’s long-planned inflatable space hotel. But the space hotel visionary behind that company seems a bit busy also helping out NASA at the moment.