We Have Life! Scientists Confirm Microbes Beneath Antarctic Glaciers

For real this time! 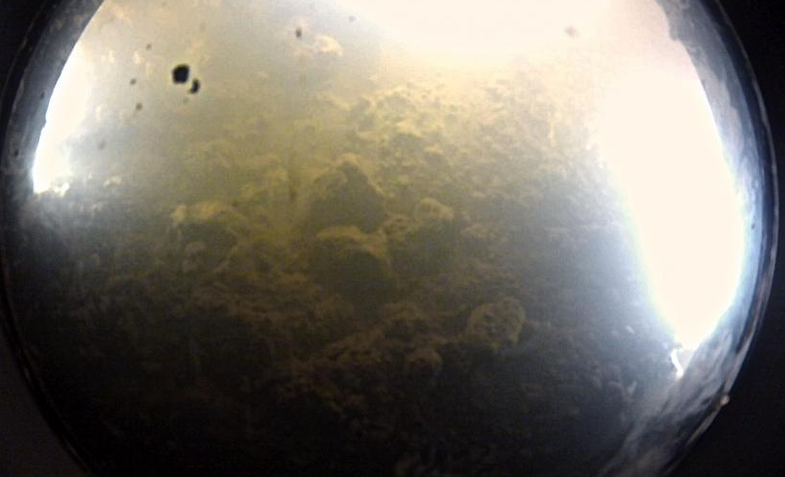 In the race to find Earth’s chilliest and deepest life forms, one team has jumped out ahead and proven it has found life. For the first time, scientists have confirmed with multiple tests that they have captured swarms of microbes living deep in the dark wetlands beneath half a mile of glacier ice.

Late last month, we reported that American scientists from the National Science Foundation and NASA-funded WISSARD Project found what they believed to be microbes by drilling a 2.5-foot-wide hole in the ice. At the time, the scientists conducted a preliminary test in which DNA-sensitive dye made cells in the sample glow green under a microscope, suggesting life. The problem: that test doesn’t always produce accurate results. So the scientists subjected the sample to six additional verification methods, and now they know for sure: It’s life!

One of the key verification methods was measuring the microbes’ growth rates, according to Montana State University’s Dr. John Priscu, the lead scientist. In addition, scientists were able to see bacteria of various shapes in the microscope. They further confirmed the presence of enzymes in the water, which power living cells and which point to a cellular metabolism in the lake. Further tests will provide a clearer picture of what kind of bacteria they’re looking at, and how it works.

“We have extracted DNA and will be shipping it back to the US for sequencing—-this will tell us who is there and provide us with info on how they make a living,” wrote Priscu, in an email to PopSci.

The findings could help scientists better understand how organisms survive in cryoecosystems when deprived of light and warmth, and smashed under tremendous pressure. The discovery could also provide new ideas about life on other planets.

Confusion abounds when it comes to the microscopic critters in the lakes beneath the coldest continent. Here’s a quick scorecard of some of the major projects on the hunt for life in the lakes of Antarctica: 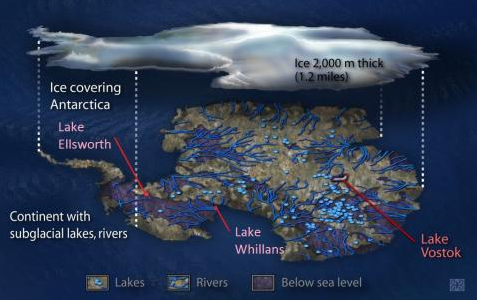 The drill sites for the international race for cryolife.

The Russian Antarctic Expedition drilled Lake Vostok, but found they may have contaminated with their use of kerosene to get through the ice. They went back to get fresh samples and have not yet analyzed the results.

The Desert Research Institute drilled Lake Vida at the end of 2012 and published their findings of bacteria. The only thing is Lake Vida is only a 65-foot scratch below the surface compared to these much deeper digs. Deeper means more extreme conditions, and perhaps more resilient mechanisms to survive.

Priscu said the researchers had packed up the station and are headed home. But they’re not returning empty-handed. They packed hundreds of samples for the long journey back to Montana and Louisiana State University in a downright balmy bath of 40-degrees Fahrenheit.