Unfortunately for anyone looking to terraform Mars, a new study shows that powerful waves of solar wind periodically strip the... 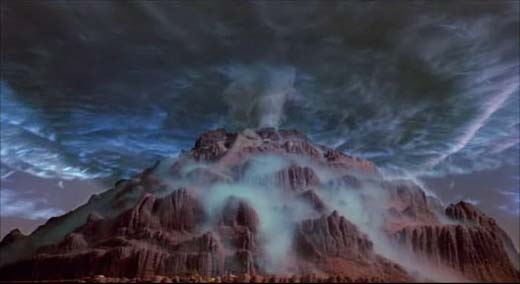 Unfortunately for anyone looking to terraform Mars, a new study shows that powerful waves of solar wind periodically strip the Red Planet of its atmosphere. Scientists had known for years that Mars has atmosphere troubles, but only by analyzing new data from he Mars Express spacecraft were they able to identify the special double solar waves as the specific cause.

Double solar waves are a rare phenomenon that result when the Sun emits waves of differing speeds. If a fast wave follows a slow wave, the fast wave crashes into the back of the slow one, rolling them both up into a super-charged double wave. Scientists were able to correlate Martian atmosphere loss, as measured by the the Mars Express spacecraft, with records of double radiation waves in 2007 and 2008 taken by the Advanced Composition Explorer spacecraft. According to the study, one third of Martian atmosphere loss occurs during these waves, which are only present 15 percent of the time.

Unlike Earth, Mars lacks a magnetic field that deflects waves of solar radiation. Without that protection, the waves simply strip the atmosphere right off the planet. However, at the poles, Mars does have the remnants of a magnetic field, protecting the ice caps from these bursts. Only comet strikes and the occasional melting of dry ice from the poles provide Mars with any atmosphere at all. To make Mars habitable would require some sort of giant underground alien air generator.