Bacteria May Have Been Responsible For World’s Biggest Extinction Event

Most of the world's ocean species died--and lots of land-based ones, too--and it might have been the fault of a microbe. 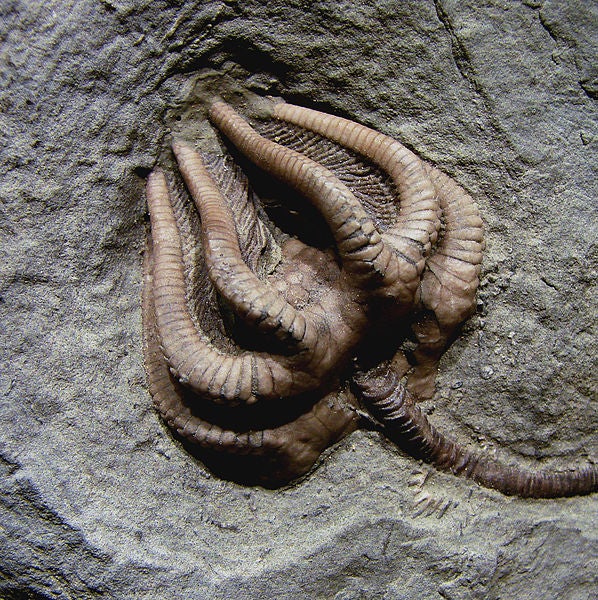 Filter-feeders like this marine animal were significantly less abundant after the Permian-Triassic extinction. A new theory says bacterial species might have produced huge amounts of methane, which caused a greenhouse effect that choked out other life. Wikimedia Commons
SHARE

Add this to the murderous microbe highlight reel–a single strain of bacteria could have worsened the Great Dying event 250 million years ago, producing prodigious methane and choking out most other life on Earth. During the Permian-Triassic extinction event, 96 percent of everything in the oceans and 70 percent of everything on land died out. And much of the blame could lie at the feet of one type of marine bacteria, a new study claims.

The era around 250-252 million years ago is marked by a huge and rapid die-off of most of the ocean’s life, and scientists have several hypotheses explaining why. Some have argued it was a major meteorite impact, like the one that killed the dinosaurs; others posit that gigantic volcano eruptions were to blame; others argue for mass ocean poisoning; and still others blame huge methane releases.

Researchers at MIT say it may be a combination of all these things, hinging on the ability of bacteria to break down nickel and produce methane. They presented their theory at the American Geophysical Union’s recent meeting.

Volcanic activity at the Siberian Traps in northern Russia produced vast amounts of nickel, right around the same time as the Permian die-off. These eruptions–one of the largest volcanic events ever–also threw massive quantities of ash and dust into the atmosphere, and as such they have been fingered as a global-cooling culprit that dramatically altered the atmosphere. But Daniel Rothman and colleagues had another theory for the Siberian Traps’ influence.

Somehow this nickel-rich material made its way into the oceans, where it was gobbled up by bacteria called methanosarcina, they argue. Rothman and his team determined that these bacteria evolved the ability to break down nickel about 251 million years ago. The new nickel glut caused a huge bacterial population spike, which produced mountains of methane and also depleted the oceans’ oxygen.

Scientists have already theorized that bacteria and algae hoarded most of the remaining resources after everything else died, which made recovery even more difficult. But pinpointing what caused the Great Dying remains elusive.

This new theory is speculative, to say the least, and it doesn’t explain how nickel from Siberia got into the world’s oceans. But it offers an intriguing possibility. As we learned after the Deepwater Horizon spill, ocean-dwelling microbes are quite capable of both consuming and producing hydrocarbons.