Gone In a Flash: Burning Diamonds With a Torch and Liquid Oxygen

Diamonds are for, well, a couple seconds

I can’t stand diamonds. No, really, they just tick me off, because nearly everything about them is a lie. Diamonds are neither rare nor intrinsically valuable nor uniquely romantic. Those are ideas invented by the diamond industry. And no, despite what the ads tell you, diamonds are not forever. They are flammable and will burn brightly with a little help from a torch. This makes perfect sense when you consider that they are made of pure carbon, which reacts with oxygen to form carbon dioxide (“reacts with oxygen” just being another way of saying “burns”). 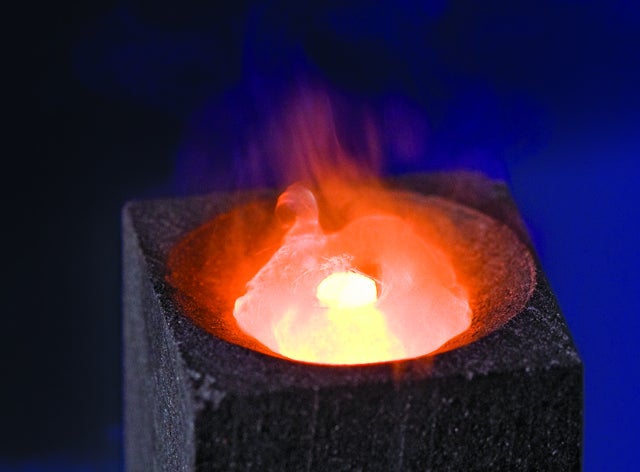 Shine On You Crazy Diamond

Diamond has one legitimate claim to fame: It is still, as far as we know, the hardest substance. Despite its hardness, though, the chemical bonds that hold the carbon atoms in diamond together are actually weaker than those that hold together the other common form of pure carbon, graphite. The difference is that in diamond the bonds form an inflexible, three-dimensional lattice, whereas in graphite the atoms are tightly bonded into sheets. But those sheets can slide easily against each other, making graphite soft and slippery. 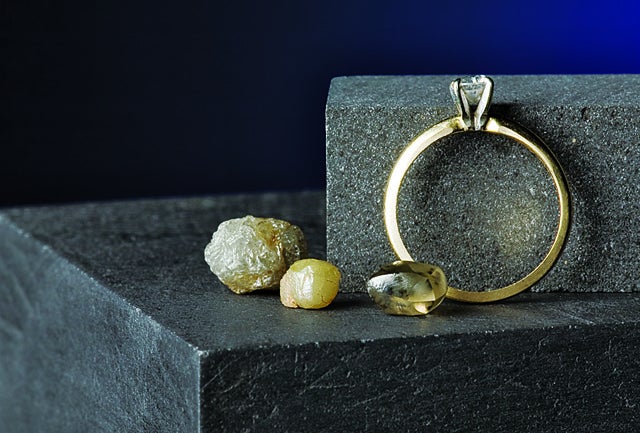 The bean counters at PopSci let me burn only low-grade “Congo cube” and semitransparent diamonds, available on eBay for $50 to $300.

It is bond strength, not hardness, that determines how easily oxygen can attack and burn a material, allowing me to burn a diamond in a pool of liquid oxygen resting in a block of graphite.

If your house burns down with the family jewels inside, you can collect the pools of melted gold, but the diamonds will be gone in a puff of CO2. Cheaper, more attractive stones, such as cubic zirconia and synthetic ruby and sapphire, are made of refractory metal oxides that easily withstand the same heat. So it’s actually mall trinkets, not diamonds, that are forever. 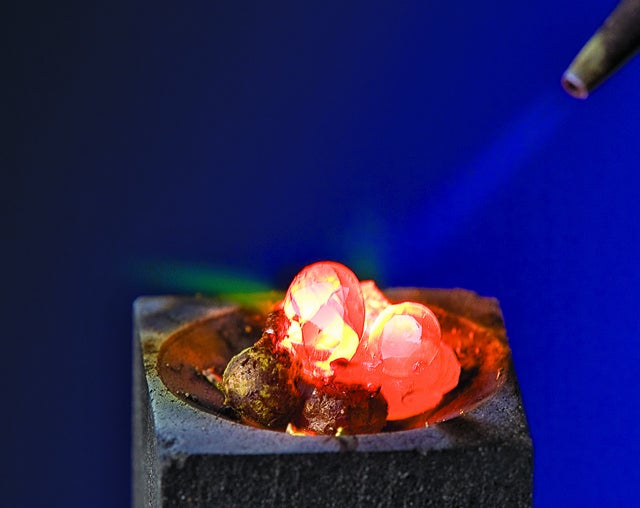 The gemstones in this incinerated ring survived without damage because they are cubic zirconia.

Achtung!Don’t try this demonstration at home. Diamonds can burst violently when heated. (We ruined an expensive camera lens with diamond bullets that could easily have taken an eye out.)