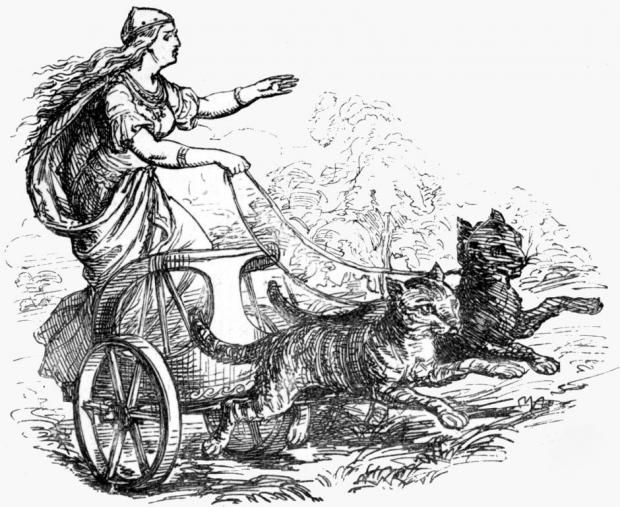 Vikings were hardy people who valued self-reliance and strength of will. But that doesn’t mean they were immune to the lure of feline companionship. A new study on cat DNA and linage shows that as well as ruling in Egypt and the Mediterranean, cats were welcomed aboard Viking ships.

Eva-Maria Geigl, an evolutionary geneticist at the Institut Jacques Monod in Paris, and colleagues Claudio Ottoni and Thierry Grange presented their work, the first large-scale study of ancient cat DNA, at the 7th International Symposium on Biomolecular Archaeology in Oxford, UK on September 15. They sequenced the DNA of more than 200 cats that lived between 15,000 years ago and eighteenth century AD.

We may associate them with ancient Egypt’s mummified felines and gods — remains from 9,500-year-old burials show that Egyptians kept them close, even to the death — but cats are present in Norse mythology as well. “Freja, the goddess of love, had two cats that pulled her carriage,” Jes Martens from the Cultural History Museum in Oslo, Norway told Science Nordic. “And when Thor visited Utgard, he tried to lift the giant, Utgard-Loki’s cat. It turned out to be a serpent, the Midgard Serpent, which not even Thor could lift.” As well as being a lucky presence, cats could have been useful as mousers on Vikings’ long trips at sea.