Dogs Know To Look Away When Humans Are Angry

It could be a learned trait to appease their owners 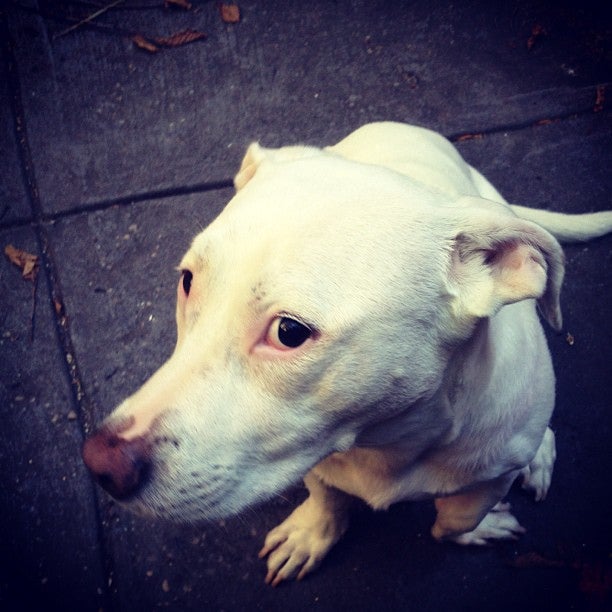 We attribute a lot of emotions to our pets. As pet owners and animal lovers, we’ve devised our own methods for determining when they’re feeling happy or sad, and now, research shows dogs likely can sense when we’re angry, and they’ve seemingly evolved to respond accordingly.

Research out of the University of Helsinki in Finland has found that dogs can pinpoint threatening facial expressions in humans, and the way they look at those angry faces is quite different from how they look at neutral or pleasant faces. The researchers showed 31 domesticated dogs (who are experienced in eye tracking tests and were trained to watch a screen) pleasant, neutral, and threatening human and dog facial expressions. They then used infrared cameras to track the eye gaze of the dog for each expression, where they looked first, and where they lingered. 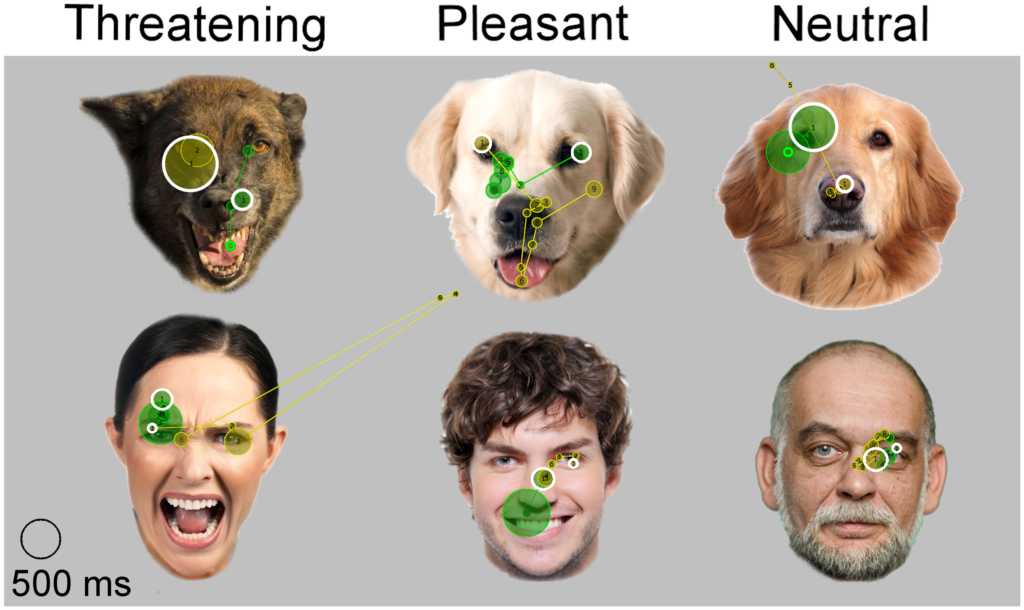 A visualization of where dogs fix their gaze

When the dogs were shown a face, they first looked at the area around the eyes, and tended to focus their gaze there the longest (similar to the way humans and other primates behave). The dogs would then determine the meaning of the expression by looking at the face as a whole, not just taking cues from a part of the face (also similar to how humans view expressions). When the dog test subjects encountered a frightening dog face, they would focus on the mouth area of the face, and stare longer. A threatening human face would elicit a much more evasive behavior, “apparently avoiding looking at them,” the paper says.

“The tolerant behavior strategy of dogs toward humans may partially explain the results. Domestication may have equipped dogs with a sensitivity to detect the threat signals of humans and respond them with pronounced appeasement signals,” researcher Sanni Somppi said in a press release.