Why Some Cats Look Like They Are Wearing Tuxedos 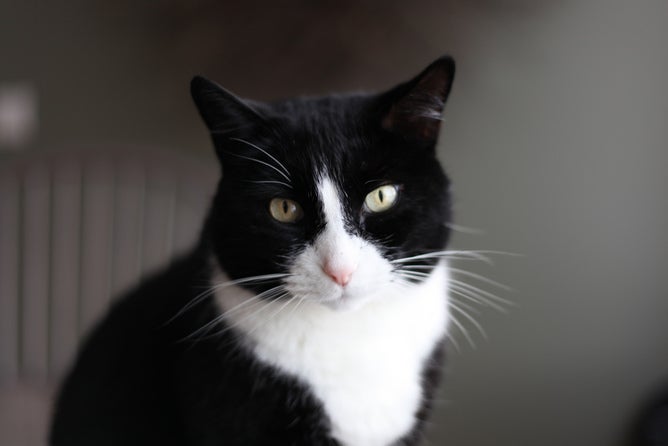 From Sylvester in Looney Tunes to Mr. Mistoffelees in the 1980s musical, some of the most famous (albeit fictional) cats share a distinctively sharp appearance thanks to their black and white tuxedo-style coats. Cats with skin and fur marked by white patches in this way are known as bicolor or piebald. Piebaldism is also common in a range of domestic and farm animals including dogs, cows and pigs, deer, horses, and appears more rarely in humans. It is caused by a mutation in a gene called KIT.

Our team of researchers from the universities of Bath, Edinburgh and Oxford have been working to unlock the mystery of how these animals get their distinctive patterns. We have discovered that the way these striking pigment patterns form is far more random than originally thought. Our findings have implications for the study of a wide range of serious embryonic disorders in humans, including diseases affecting hearing, vision, digestion, and the heart. 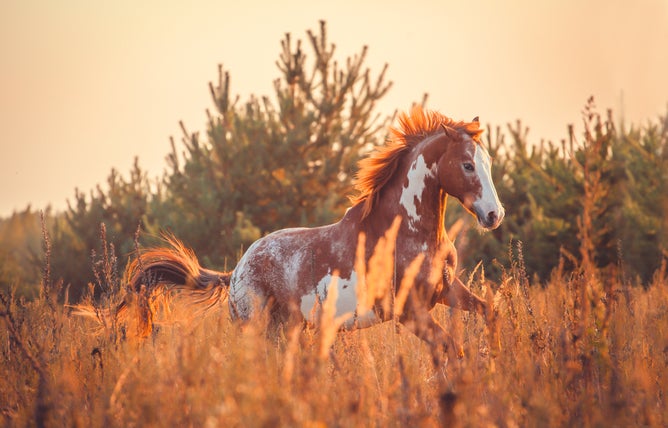 Piebaldism usually manifests as white areas of fur, hair or skin due to the absence of pigment-producing cells in those regions. These areas usually arise on the front of an animal, commonly on the belly and the forehead. Piebald patterns are among the most striking animal coat patterns in nature.

Although the effects of piebaldism are relatively mild, it is one of a range of more serious defects called neurocristopathies. These result from defects in the development of tissues and can manifest as heart problems, deafness, digestive problems and even cancer. The diseases are all linked by their reliance on a family of embryonic cells called neural crest cells. By understanding piebaldism better, we can improve our understanding of these related and more serious diseases. 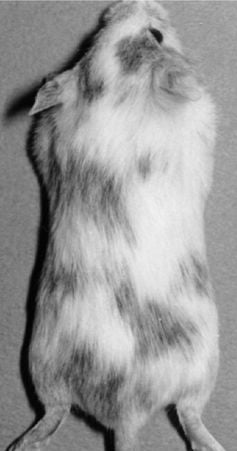 Animals acquire piebald pigmentation patterns on their skin when they are still developing embryos. Piebaldism arises when the precursors of pigment-producing cells spread incorrectly through the embryo. In normal development, pigment cells start near the back of the embryo and spread through its developing skin to the belly. As the cells spread they also multiply, creating more cells, some of which are left behind to ensure all the skin is pigmented.

With piebaldism, however, the darkly coloured pigment cells don’t make it as far as the belly in time to pigment the hair and skin. This results in distinctive white patches of fur and skin, usually around the belly of the animal, the furthest point from where they started. It has long been thought that pigment cells migrate directly from the back to the front and that the lack of pigmentation at the front is due to pigment cells not moving fast enough.

However, our findings, published in Nature Communications, paint a different picture. We found that, if anything, cells in piebald animals migrate faster than in normal animals, but that they don’t divide as often. This means that there simply aren’t enough cells to pigment all the areas of the developing embryo.

Chimaeric animals develop from a fusion of two early-stage embryos. If the original embryos would have been differently coloured (for example, black and white), the chimaeric animal often has striped or patchy coat patterns, a mix of the two colours. Previously, the predominant theory was that each stripe was created by a small number of initiator cells that spread from back to front.

Our study used a combination of biological experimentation and complex mathematical modelling to demonstrate that pigment cells migrate randomly. Rather than moving in a specific direction like the sprinters in a 100-metre race, the cells move with little or no persistence, like drunks staggering out of the local bar at closing time. The striped patterns seen in some chimaeric mice may simply be the result of several groups of cells of the same colour coming together by chance.

Using our mathematical model, we can explore and evaluate a huge range of possible alternative biological hypotheses for pattern formation. This gives us a deeper understanding that would be impossible with experiments alone. It also means we could reduce the number of animals used in experiments in this important research area.

Excitingly, there is now the potential to use the same mathematical model to investigate other cell types during early development. This creates a new opportunity to learn more about medical conditions linked to early cell positioning, including those that give rise to certain types of cancers of the nervous system and other debilitating diseases such as Waardenburg syndrome, Hirschsprung disease and Ondine’s curse, a respiratory disorder that is fatal if left untreated.