Science Reveals Why Your Cat Is Such A Picky Eater

Getting to the bottom of their weird taste receptors right meow 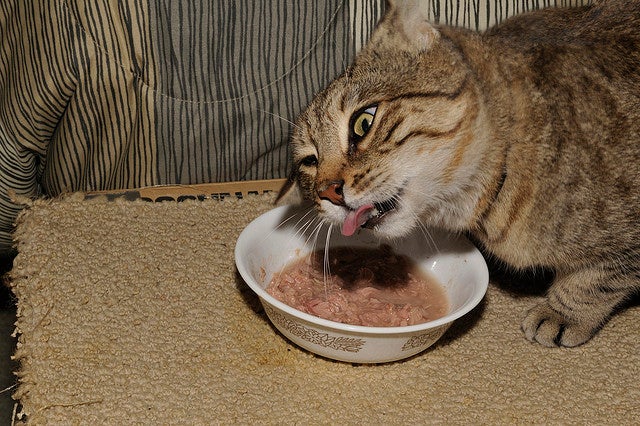 Cats do lots of things that seem inexplicable to their human companions. Felines freeze then bolt out of the room for no reason, they knock things off shelves, they sit right on your keyboard while you’re just trying to type here. According to a study published today in BMC Neuroscience, cats also taste bitter flavors differently than humans, which may account for their notoriously picky eating habits.

In the wild, cats are almost exclusively carnivores. There, a bitter taste can indicate food that might be harmful, like rancid meat. But domestic cats might come across distasteful flavors in their food or medicines because plant extracts are mixed in, which may taste bitter to them. Though researchers know cats taste bitter things, they aren’t sure how their tastes differ from human tastes.

The researchers (from pet food flavor companies) used cell cultures to test the cellular response of two taste receptors, the cells found on taste buds, that respond to bitterness in humans. Overall, the receptors in cats barely responded when exposed to natural and artificial compounds that taste bitter to people, such as the sweetener saccharin that has a bitter aftertaste. The receptors responded less to aloin, a compound found in aloe, and more to denatonium, which is added to chemicals like antifreeze to deter children from drinking them, suggesting that cat tastes diverge from people more than the researchers thought.

The researchers hope that a better understanding of the way cats taste can help them make foods and medicines that better fit their preferences. Which might make picky kitties obsolete.