Look at its angry little face 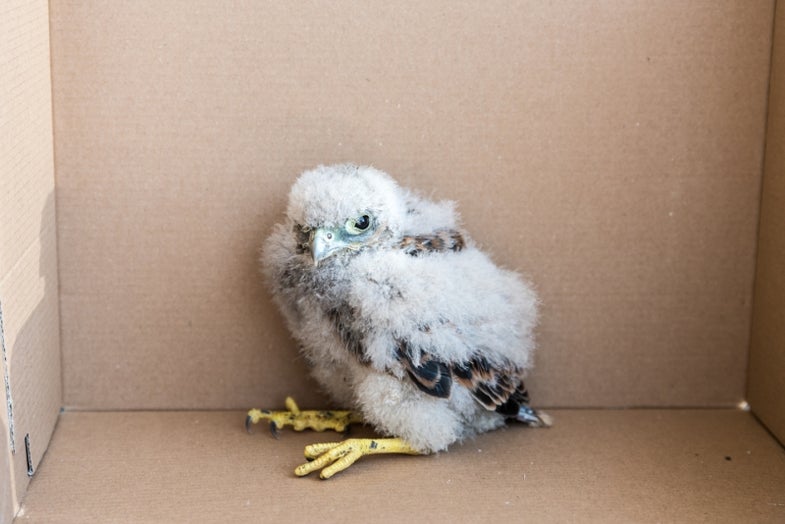 It’s nice to see an animal at CERN that’s both alive and not shutting down billion dollar experiments.

This falcon chick was found yesterday on the CERN campus, the international physics lab in Geneva, Switzerland and home of the world’s largest atom smasher, the Large Hadron Collider (LHC).

This isn’t the first time wildlife has snuck onto CERN’s campus this year. Last month, a weasel-like beech marten chewed on a wire and shut the LHC down for a week. The marten died, but hopefully this little falcon baby will be okay.