Therapy Cats Are Too Cute To Ban From Hospitals [Gallery] 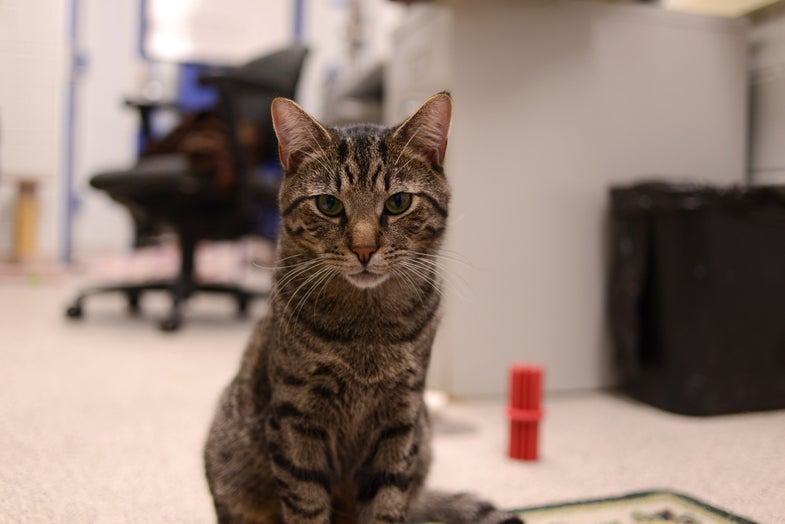 Animals help people heal. They reduce loneliness, depression, and anxiety. They can improve our heart health and get us to exercise more. That’s why many hospitals and nursing homes have programs that bring in dogs and cats and other animals for patients to interact with.

Unfortunately for cat lovers, new recommendations from the Society for Healthcare Epidemiology of America suggest that only dogs should be allowed in hospitals for pet therapy. See our gallery below of some of the cuties that would be excluded by the recommendation.

A press release from the society implies the anti-cat recommendation is based on concerns about the animals’ potential to spread disease. “While there may be benefits to patient care, the role of animals in the spread of bacteria is not well understood,” said David Weber, a lead author of the recommendations.

And indeed, animal germs have caused illnesses in hospitals. For example, a 1988 outbreak of methicillin-resistant Staphylococcus aureus (MRSA) in a geriatric ward is suspected to have been caused by a cat who roamed the hospital halls with MRSA on its paws and fur. But the majority of animal-related hospital outbreaks documented in the new report involve healthcare workers accidentally carrying pathogens in from their canine companions at home. The report doesn’t provide evidence that cats are more likely to cause infections than dogs.

Instead, it simply says:

That sounds like a fancy way of saying “dogs are better than cats”. Cats certainly can be trained and some are just as friendly and outgoing as dogs. Obviously, the cat’s personality should be assessed before bringing it into a hospital, but the same thing goes for dogs. Whether or not to abide by the recommendation is up to individual hospitals and institutions.

Studies have shown that having a cat in your life can make you feel better and even decrease your risk of death from cardiovascular disease. Why should cats have to prove that they “have advantages over dogs”? What we know is that they help, particularly in patients who are afraid of dogs or just more comfortable with cats and their soothing purrs. As long as they haven’t proven to be a problem, what’s the point of preventing them from helping people?

It’s not just therapy cats who would be put out of a job. Check out the gallery to see more adorable animals who would be banned from hospitals under the new recommendations. 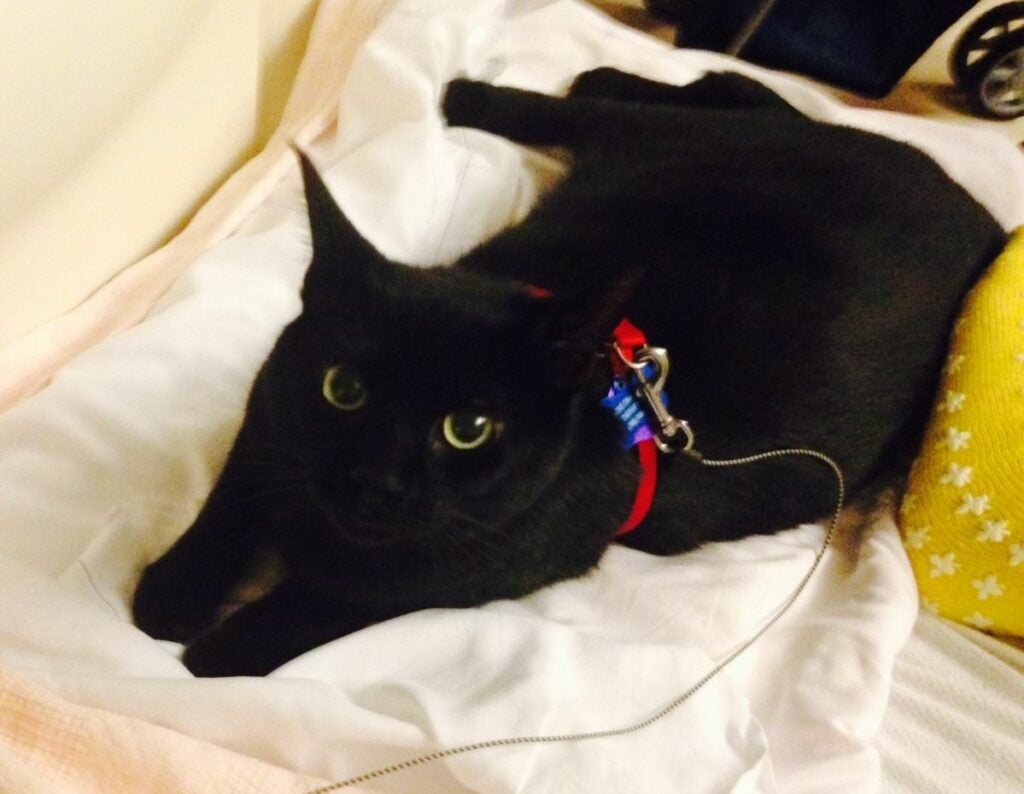 Adopted from an animal rescue, Draven The Therapy Cat visits assisted living centers and hospitals in Pennsylvania every week, distributing love and “foot rubs.” He sticks his tongue out when he purrs. 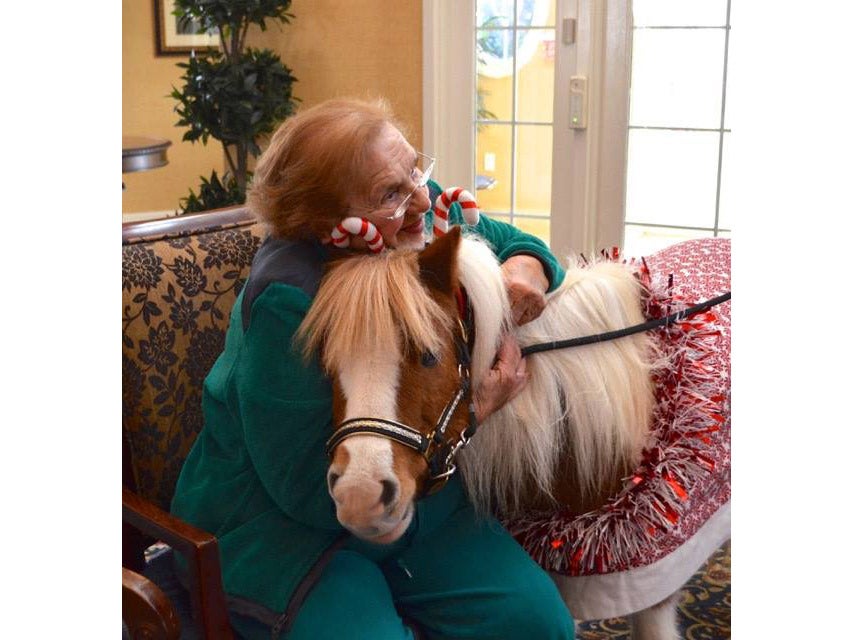 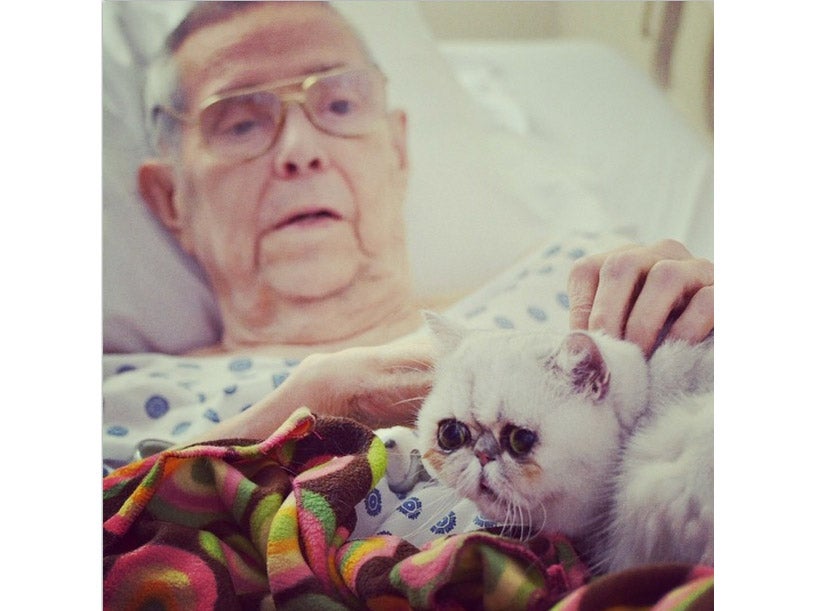 After being abandoned outside in a carrier, Mim volunteers as a therapy cat. She has bug eyes and a sweet demeanor, according to Buzzfeed. 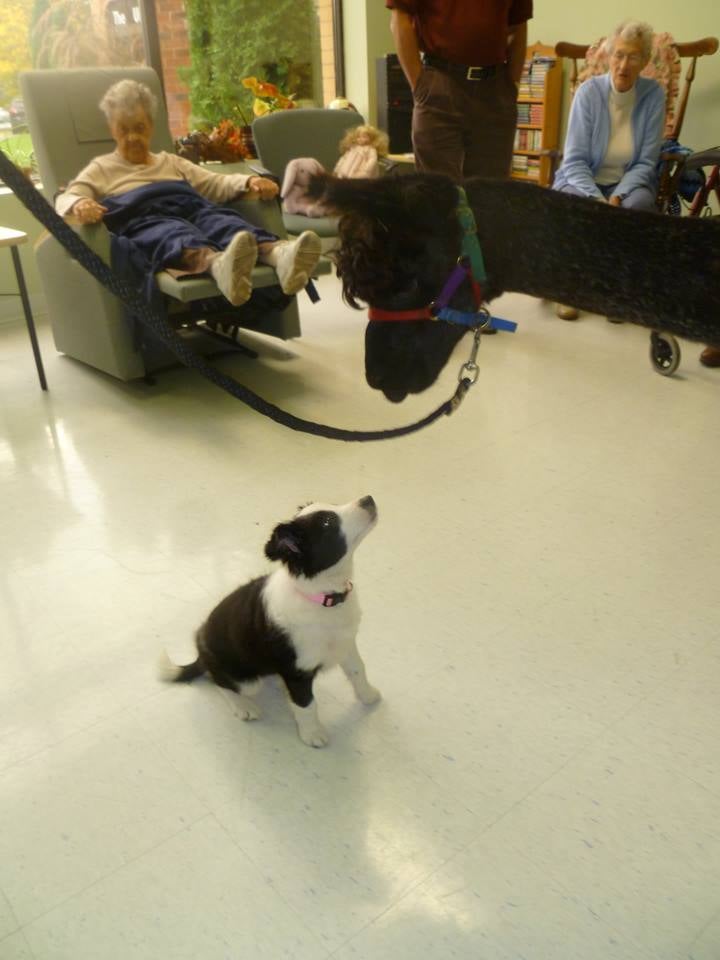 Ozzy the Therapeutic Alpaca has been visiting hospitals, retirement homes, and community centers around Durham, North Caroline, for over 8 years. 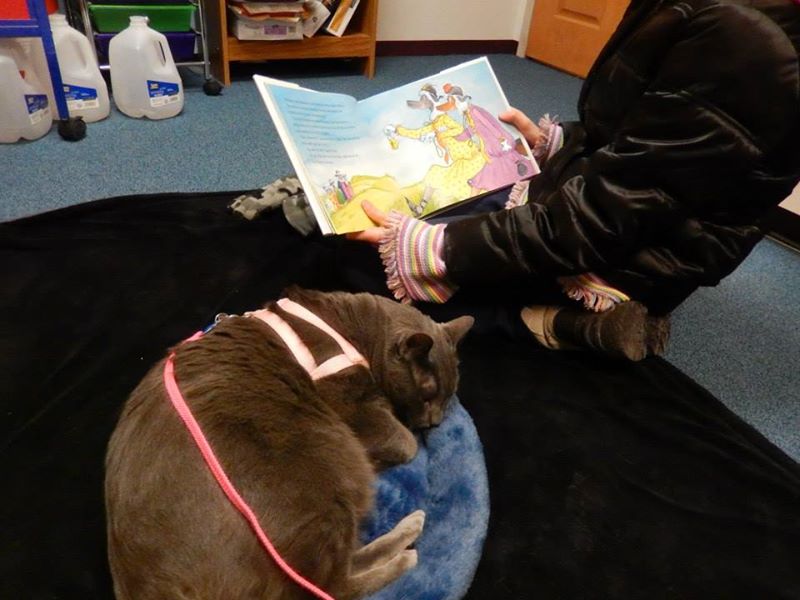 Dexter the Therapy Cat never met a human he didn’t like. Here he’s helping kids learn to read in a library, but he also visits hospitals and hospices. 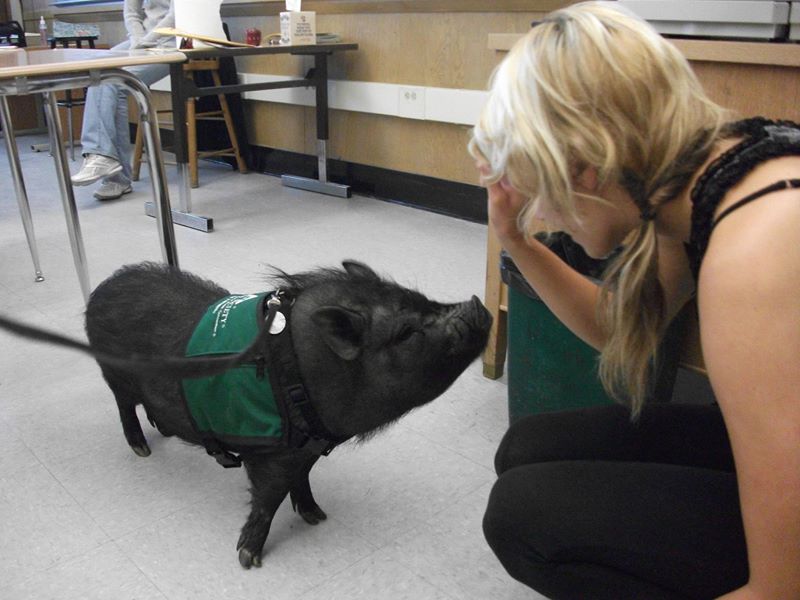 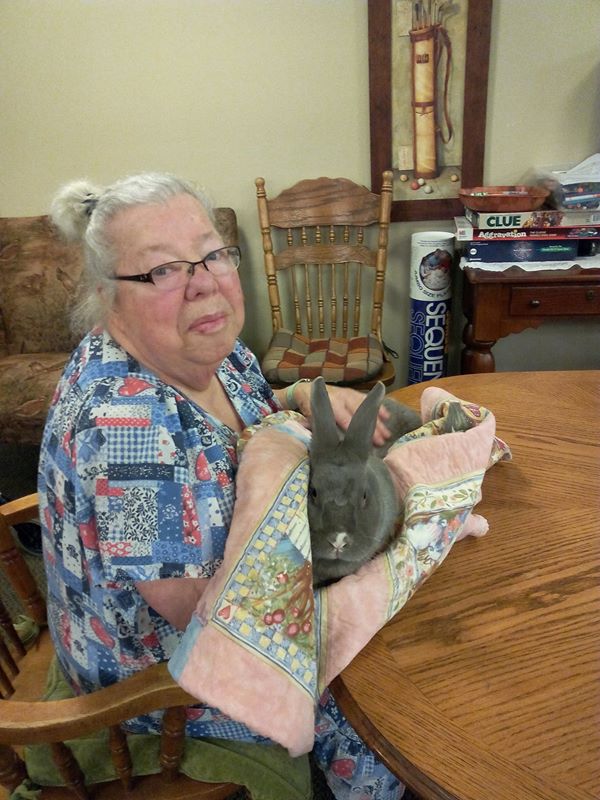 Violet is a member of Bunnies In Baskets, a therapy group that brings bunnies to retirement homes to “promote improvement in human physical, social, emotional or cognitive function.”
Animals
Pets
galleries
hospitals
pathogens